Spicemas! A Celebration of Grenada

The Caribbean is perhaps best known for the amalgamation of cultures throughout the islands. Grenada is no exception to this, the southernmost island of the Antilles Archipelago – known as the Isle of Spice – holds a staggering amount of history and heritage for an island spanning only 348.5 kilometres². An island which faced the mistrials of slavery, invasion and colonialism is now a place full of rich culture and communities, bonded by their shared past.

First colonised by the French in the mid-seventeenth century, this resulted in years of fighting between the natives of Grenada and the French. During the Seven Years War Grenada was captured by the British and remained under British rule until 1974 when independence was gained. During the Transatlantic Slave Trade, Britain shipped 3.1 million Africans across the Atlantic Ocean, forcibly bringing Africans to be sold as slaves to British colonies in the Caribbean, including Grenada. Emancipation eventually came in 1834, with previously indentured people left to forge their own lives, creating their own communities and culture.

This description of the island’s history is brief, Grenada’s history is interesting, filled with inspiring and determined individuals aiming for a fairer life for all Grenadians, and well worth researching if you wish to know more. Locals have used this sombre history of their island to carve out their own identity, which pays homage to their ancestors whilst celebrating their island.

“The carnival is named Spicemas - a tribute to the islands famous spice production - it is this celebration travellers can take part in; during the month of August Grenada is alive with colour, energy and activity in their joyful celebrations, welcoming tourists and locals alike to take part in festivities, many of which are steeped with historical symbolism.” 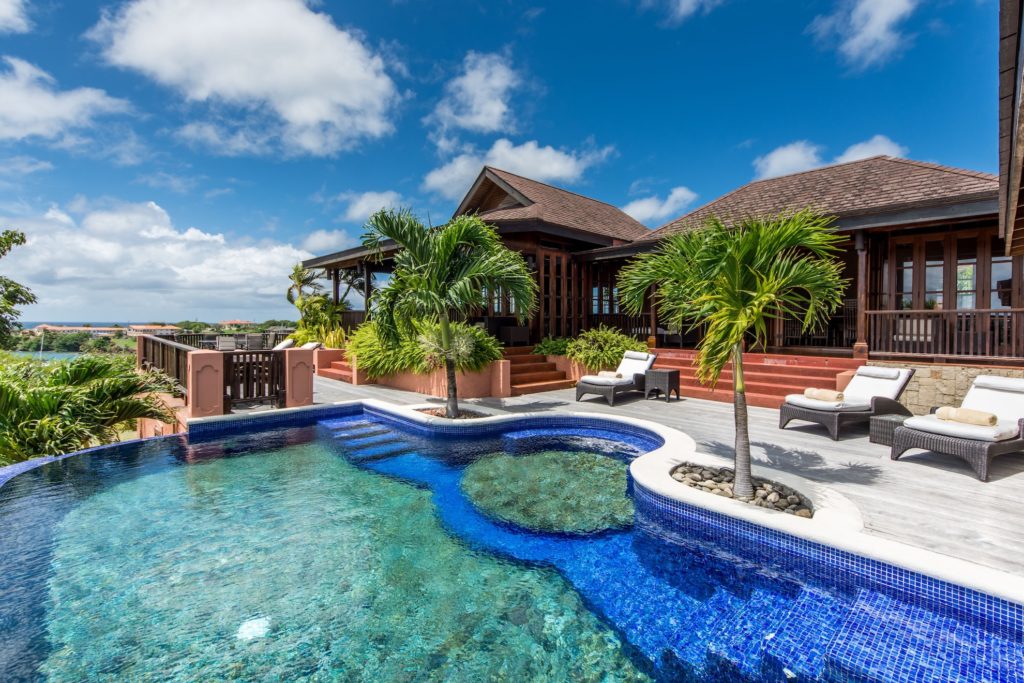 The capital city, St. Georges offers a glimpse into Grenada’s colonial past, with vibrant and colourful Renaissance style buildings, harking back to the architectural style which was popular when Grenada was under French and British rule. Now a port, St. Georges exports nutmeg, cacao, mace and bananas making it a prominent, vital and lively area in Grenada. Travellers can choose to stay close to the capital, perhaps choosing to stay at Calabash Luxury Hotel, just a short drive from the city. Relais and Chateaux accredited, Calabash offers guests deluxe suites located a stone’s throw from a fine white sandy beach; an unforgettable stay filled with afternoons relaxing by the pool and fine dining awaits.

The festival of Spicemas grew from Mardis Gras celebrations. This is when the slave owners used to hold their own celebrations on the island, which the enslaved used to imitate, creating some early traditions, which can still be seen in Spicemas today. The very carnival itself is founded from these customs which the enslaved created, with rich traditions evolving from their African heritage, as well as colonial influences and rituals that existed from the natives. One such tradition is the Jab Jab festival, which brings focus to the African roots of Grenada.

Inspired by when the enslaved Africans saw the slave owners celebrating Mardis Gras, they would dress up in mockery of their devilish owners. This tradition remained after the abolishment of slavery, evolving into what is the Jab Jab festival today. Local music also holds an important significance in Spicemas. Traditional Soca and Calypso music can be heard all over the island, with a similar sound to reggae – it fills the air with traditional Grenadian sounds with modern performers often experimenting, “using political commentary and poetry to expand the possibilities of Grenadian calypso.”

In this way, the locals of Grenada are keeping their traditions close to heart whilst carving out their own space and creating their own history. Wherever travellers go during the carnival, they will be surrounded by locals in traditional dress, singing traditional songs and eating traditional food as a way to pay homage to their ancestors whilst celebrating their present.

Carnivals such as Spicemas are a celebration of culture and identity; however, they also offer a critique on society, both past and present. The culture of Grenada exists in harmony with the locals’ personal identities – identities which have been forged through their history.  It is important to celebrate and remember these identities, not just at Spicemas, but for cultures all around the world. It really is an unparalleled experience to take part in Spicemas, travellers will be enlightened, learning new histories and seeing first hand how identities are shaped and celebrated.

There is a lot we can learn from carnivals such as Spicemas, the importance of acknowledging the past, good and bad; seeing how that has forged bonds and created communities. In his essay, “Cultural Identity and Diaspora”, Stuart Hall explores the concept of cultural identity as something which is shared and set between everyone, whilst also emphasising people’s differences, showing that identity is something which is ever changing. This paradox can be seen in carnivals such as Spicemas, the people of Grenada are celebrating their shared history whilst creating new traditions which celebrate their individuality – they are creating their own history.

“The Carnival of Spicemas really interested me when I first read about it. The celebration of tradition and identity opened up some interesting questions about what identities are and how they are created. Travelling to a celebration such as Spicemas can open up your world view and enlighten you to a culture which is authentic and unique.”

Grenada is perhaps one of the most overlooked destinations in the Caribbean, but with its underdeveloped and unspoilt beauty, it ...