The Fascinating History of Peru

The land of Peru has given us many greats, from the peanut to the potato, and is filled with breathtaking landscapes, magnificent historical ruins, and a vibrant, rich culture which is ready and waiting to be explored. Currently the fifth most populated country in Latin America, Peru shares borders with Bolivia, Brazil, Chile, Columbia, and Ecuador, as well as the South Pacific Ocean. The topography of the country is varied, with coastal plains, the stark Andes, and lowland jungles of the Amazon Basin. Peru’s history is one worth exploring, with the powerful Inca Empire ruling here from the mid-15th century to the mid-16th century, and the lesser-known – but just as important – Wari Empire and Chimú Kingdom.

These empires have left behind a culture which still thrives today in the hands of indigenous Peruvians. The knowledge we currently hold about the ancient civilisations has been found in the ruins of cities and temples, with more being uncovered with every archaeological dig. Travellers who visit Peru will be met by stunning landscapes and interesting people, both which have been touched by the past civilisations.

It is important to note that while the Incas are famed for their presence in Peru, they were not the first inhabitants of this land. The Chimú were South American Indians, known for maintaining the largest political system in Peru before the Incas arrived, the Chimú Empire being founded in 900 CE. Their own language, Yunca – which is now extinct – was distinctly different from the Inca language, and although the language may not have been used by the Incas, Chimú life and culture influenced all the basic elements of the Inca civilisation.

A predecessor to the Inca Empire was the Wari Empire, which has been dated back to around 600 CE and was coetaneous with the Tiwanaku Empire in modern-day Bolivia.

Much of Wari is still being learned about as the first excavations only began in the 1940’s, but it has been called one of the most important of all ancient Andean cultures. The influence these two cultures had on the Inca Empire stretches from the societal and political structures down to the architecture of their cities.

The Inca Empire – or Tawantinsuyu – first appeared in the 12th century, and at its height, spanned areas of Ecuador, Peru, Chile, Bolivia, Argentina, and Columbia, becoming the largest empire in the world at that time. The empire was able to expand and prosper due to the military strength of their emperors, the fabric of their society, and innovative building methods influenced by the Chimú, which allowed the 12 million inhabitants of the empire to live in a harsh environment, scattered throughout the Andes.

Rapid expansion of Tawantinsuyu began with the 9th emperor – Pachacuti. Pachacuti focused much of his efforts on strengthening Cuzco, which was the capital of the empire, and he began an expansive irrigation project which involved channeling rivers and creating intricate agricultural terraces. The longevity of the Inca Empire was influenced by the Wari methods of maintaining an empire, with the style of art popular in Tawantinsuyu also being influenced by the Wari Empire.

The Inca Empire had no written language, although they spoke a form of Quechua. The way we can account for historical records from this time is through the Inca use of quipu which were knotted cords – a unique and innovative way to pass messages and keep records which involves no writing. The Spanish, led by Francisco Pizarro, arrived in Peru in the early 16th century which signalled the end for the Incas, as alien European diseases and a civil war spread throughout the empire. The Spanish sacked Cuzco in late 1533, and the last stronghold of the Inca Empire – Vilcabamba – finally fell in 1572.

There are many places in Peru which held significance for either the Inca Empire, Wari Empire, the Chimú people – or all three. Sacred Valley is one such place. Known as the heartland of the Inca Empire for its fertile soil which allowed for the farming of maize, potatoes, vegetables and fruits and ornamental plants.Travellers to Sacred Valley today will be greeted with bottle green rolling foothills, colourful rural markets and ancient ruins of Inca citadels such as Machu Picchu, which is perhaps the most well-known historical site of Peru and one of the Seven Wonders of the Modern World.

This ancient citadel is believed to have been built for Pachacuti Inca Yupanqui as a royal estate, and can be visited by those who wish to travel responsibly and avoid the mass tourism crush by walking the Lares Trek, where travellers can hike to the stunning Machu Picchu, as well as visiting the historic town of Pisac and engaging with the local communities. Another astonishing town which dates from the Inca Empire and can be visited today is Ollantaytambo, which has remained largely  intact, the ancient houses still serving as homes.

Many practices of the Chimú people, Wari Empire and Inca Empire can still be seen in Peru today. Indigenous Peruvians have been recognised as an ‘Intangible Cultural Heritage of Humanity,’ for their importance in ‘maintaining cultural diversity in the face of growing globalisation’ by UNESCO. Similarly, the capital of the Chimú Kingdom – Chan Chan – is today a UNESCO World Heritage Site, which has been recognised for its ‘Outstanding Universal Value.’

Smaller cultural traditions have also stood the test of time, such as using llamas and alpacas for transport, using their dung for fertiliser, and their wool for textiles. The ancient language of Quechua is still widely spoken, and Inca ceremonies celebrating the Sun God Inti and Pachamama (the worship of the earth) happen annually.

The colourful clothing which indigenous Peruvians wear is one of the most visible ways they showcase their ancient Inca culture. Ancient building techniques can still be seen in use, such as indigenous people in the remote areas of the Andes still building bridges using natural fibres, and plant extracts found by ancient healers such as maticaliz camomilla (wild chamomile) and digitalis purpurea (foxglove) still in use by current Andean society.

The surviving traditions and cultures which have been passed down generations in Peru show the importance of such cultural preservation. With a history of empires and kingdoms which had no written language, historians know what they do today due to ancient ruins and long-lasting traditions. The Wari Empire influenced the Chimú Kingdom, which in turn influenced the Inca Empire; it is important to preserve these cultures and traditions which have been passed through the years and protect the people and areas in modern Peru where the cultures still survive.

“I have always been fascinated by the ancient Incas, especially Machu Picchu, and through my research I found out about the Chimú Kingdom and Wari Empire. Each empire and kingdom passed influence down to each other and I think it is interesting to follow that inspiration and find the remains of it in modern society.” 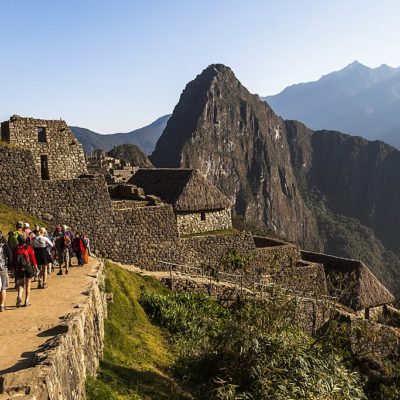 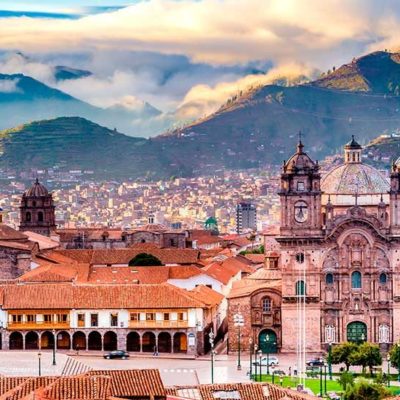