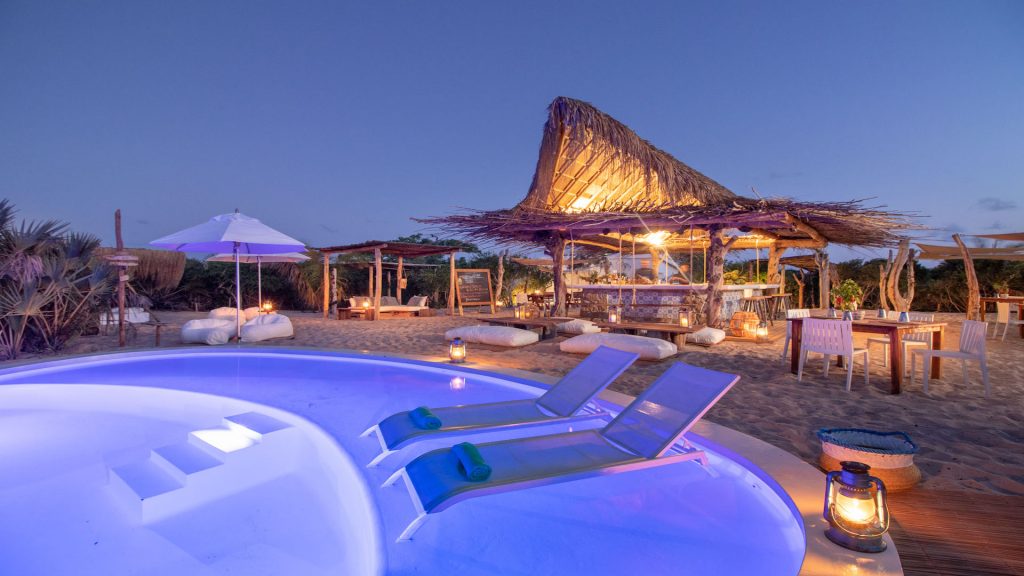 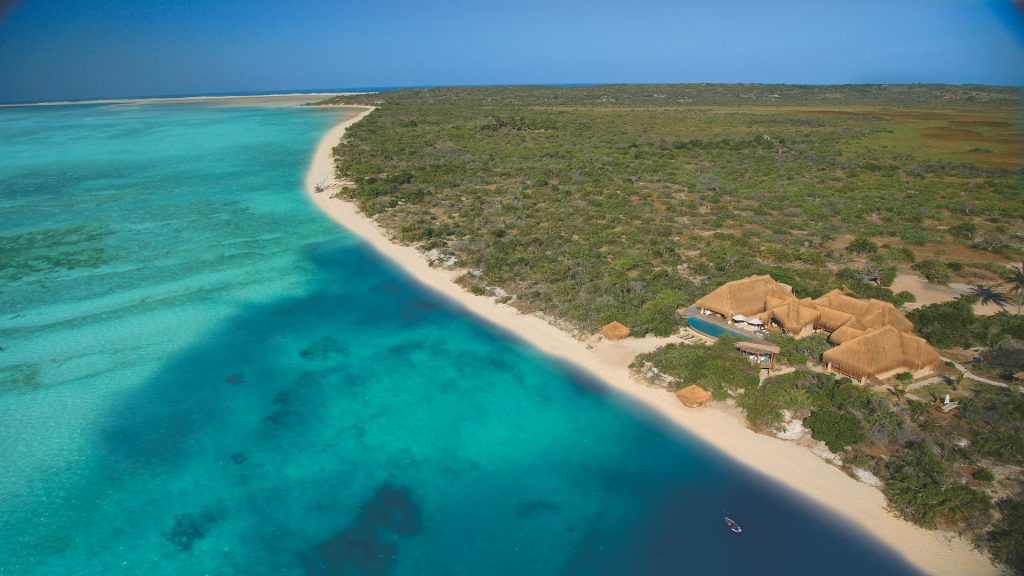 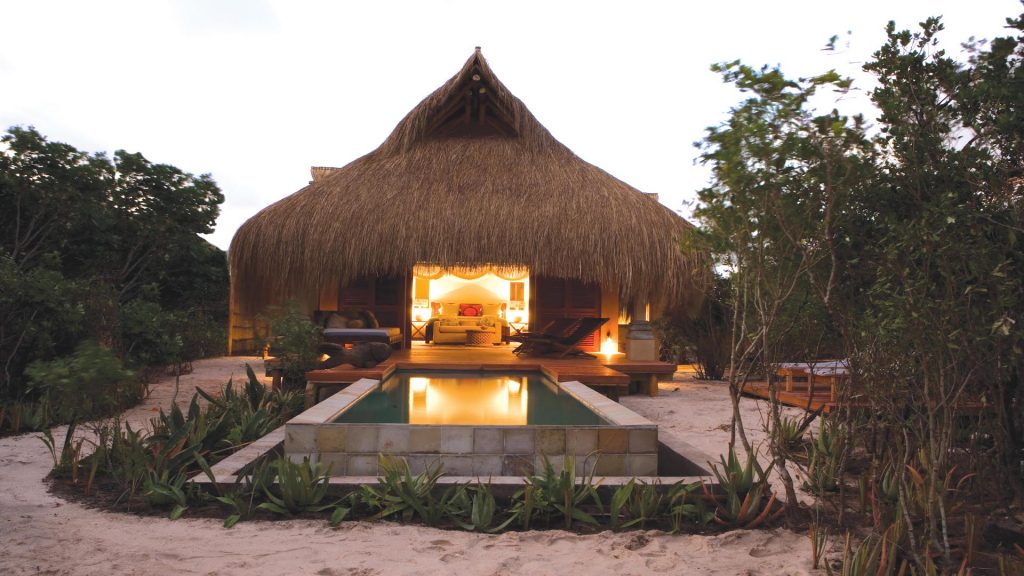 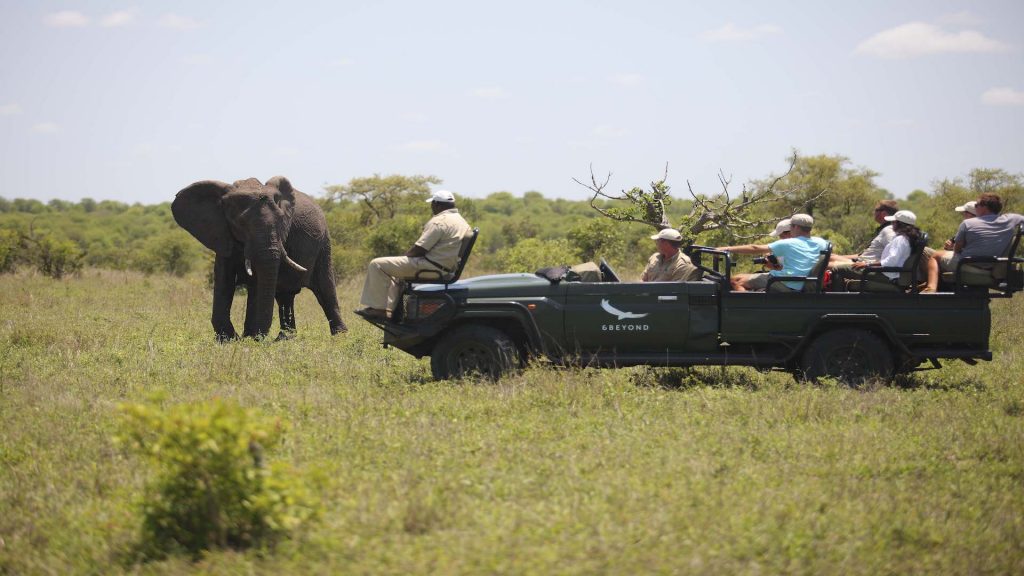 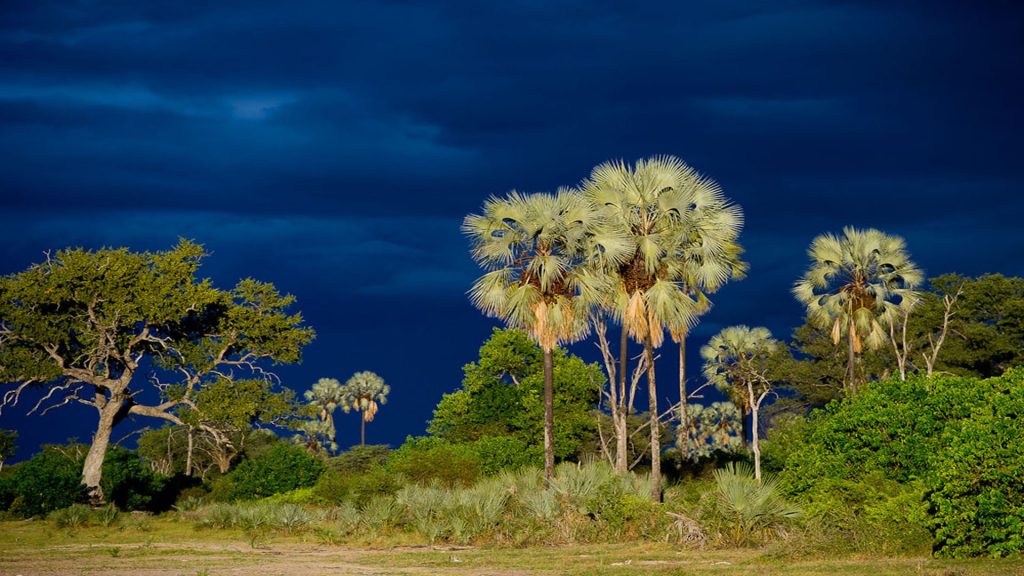 Plunge yourself into a captivating 13 day itinerary that takes you to amazing places of Southern Africa. Explore the beautiful landscapes, wildlife and beaches, in Botswana, Zimbabwe, South Africa and Mozambique. Your adventure will begin in Botswana where you will discover the amazing game viewing. Next you will head over to Zimbabwe and explore the majestic Victoria Falls among other thrilling activities. South Africa will offer you a great safari opportunity in the wonderful Kruger National Park. Finally your adventure will end in Mozambique, discovering beautiful sandy beaches that await you at the Bazaruto Archipelago. Discover new adventures that lay ahead before you in each destination, drawing you in closer to the scenery, wildlife and nature.

Your adventure will commence in Botswana. Explore the lagoons, twisting channels and extraordinary wildlife of the beautiful Okavango Delta. The Okavango Delta is a maze of lagoons, lakes and hidden channels covering an area of over 16,000 square km in flood and shrinking to less than 9,000 square km during the dry season. Trapped in the parched Kalahari sands, the fresh water oasis attracts a variety of wildlife that depends on the permanent waters of this unique wilderness.

Next head over to Zimbabwe, where you will explore the magnificent Victoria Falls and thrilling activities on the Zambezi River. Dive into a cruise on the Zambezi River as you view hippo, buffalos and other animals along the river. Join in a thrilling game drive as you spot wildlife out in the open. Victoria Falls is the largest curtain of falling water in the world, at 1708m wide, and occurs at a point where the Zambezi River is more than 2km wide. The falls has the local name of ‘Mosi-oa-Tunya’, which means ‘smoke that thunders’ and the beauty of the thundering water makes it easy to understand why it is one of the seven wonders of the world.

Unfenced borders with many game reserves have allowed animals to roam freely around the stretching grasslands, vast areas of wetland, clusters of indigenous forest, emerald lagoons and winding rivers which make up the topography of the park. The Kruger National Park is known for the presence of the Big Five, so travellers can expect to see elephants, lions, leopards, buffalos, and rhinos, although the small population of rhinos may make them more elusive. Embark on a peaceful walk around the national park and be at one with the African nature.

Your adventure finishes in Mozambique, exploring the island of Bazaruto Archipelago while taking part in thrilling adventures such as scuba diving, snorkelling, horseback riding, boat excursions and many more. Discover blue oceans and golden sands on this island. Founded in 1971, the Bazaruto Archipelago National Park is a protected seascape, with 5 islands located within, there is a small population of 5,000 people who call this wonder of nature their home. The national park is a sanctuary for whales, dolphins, nesting turtles, and thousands of fish, as well as the last remaining population of dugongs in the region. 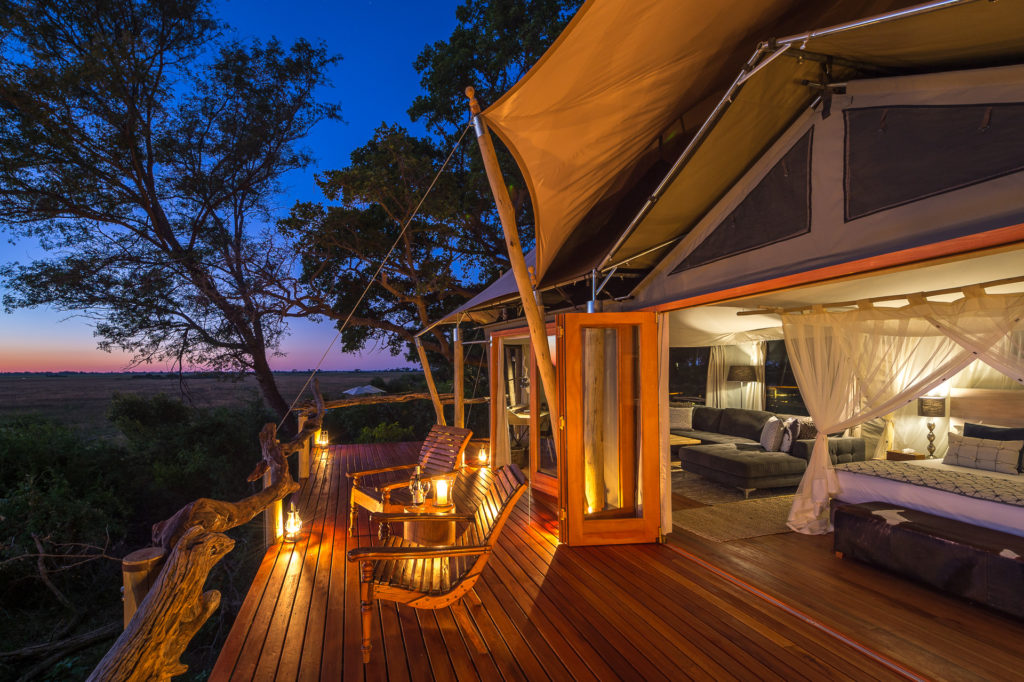 Upon arrival at Maun International Airport you will be greeted by an andBeyond representative who will assist you onto your scheduled charter flight to Jao Airstrip. Spend 2 nights staying at Kwetsani Camp in a beautiful ensuite tree house.

The camp is situated in the centre of the Jao concession of the Okavango Delta. Embark on a twice daily game drive out in the delta, viewing lion, leopard, hippo, elephants and other game animals roaming around. Enjoy the plunge pool accompanied by sun loungers, a perfect retreat for in between game viewing adventures.

In an open 4×4 safari vehicle guests can explore the expansive delta in comfort. The Jao Concession is home to thriving wildlife populations which will be visible as you traverse through the bushveld. View lions lazing around in the shade of the trees, as well as leopards, elephants, hippos, giraffes, and herds of zebras. Don’t forget to pack your camera to capture some of the amazing sights of the delta. 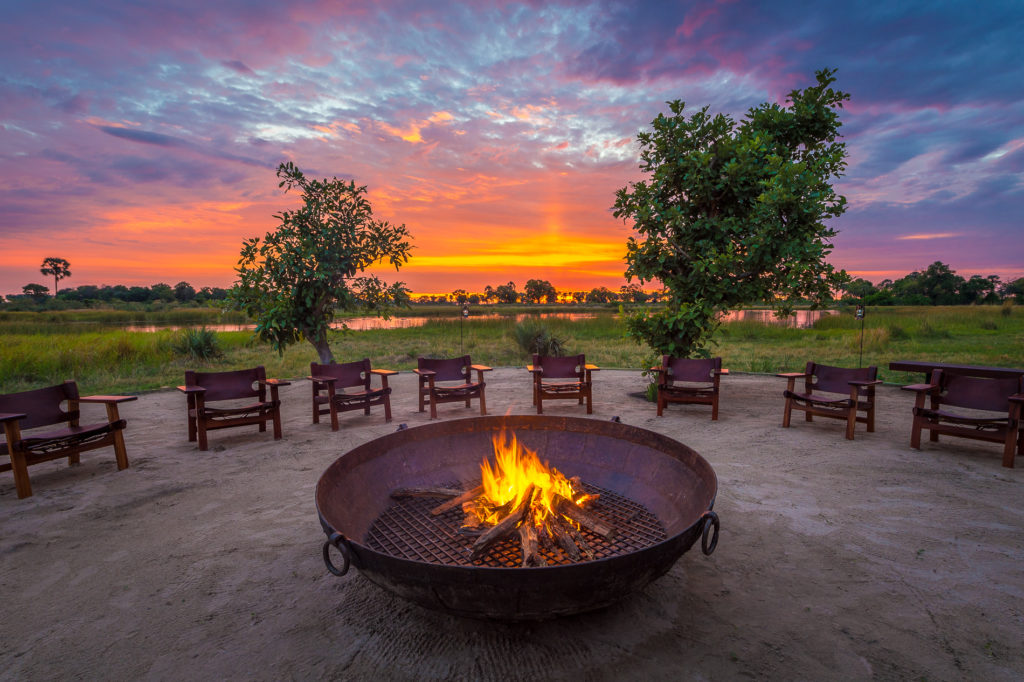 You will embark on a short game drive to Jao Airstrp in time for your scheduled flight to Qorokwe Airstrip. Discover and explore Qorokwe camp in a lovely ensuite tent. The name Qorokwe translates to ‘the place where the buffalo broke through the bush into the water’.

The camp is surrounded by amazing wildlife which makes it a top Botswana safari destination. Enjoy an amazing game drive around the camp viewing lion, leopard, rhino, elephants and other animals wandering within the reserve. Keep an eye out for the secretive white rhinos that have been reintroduced into the Qorokwe area.

No two game drives are the same. Embark on a traditional game drive from Qorokwe Camp Game drives are offered year-round, including night game drives which are excellent for spotting the nocturnal species of the Delta. The Qorokwe Concession has permanent water which allows for exceptional game viewing, and these drives are unique often exploring areas that can not be reached by foot. 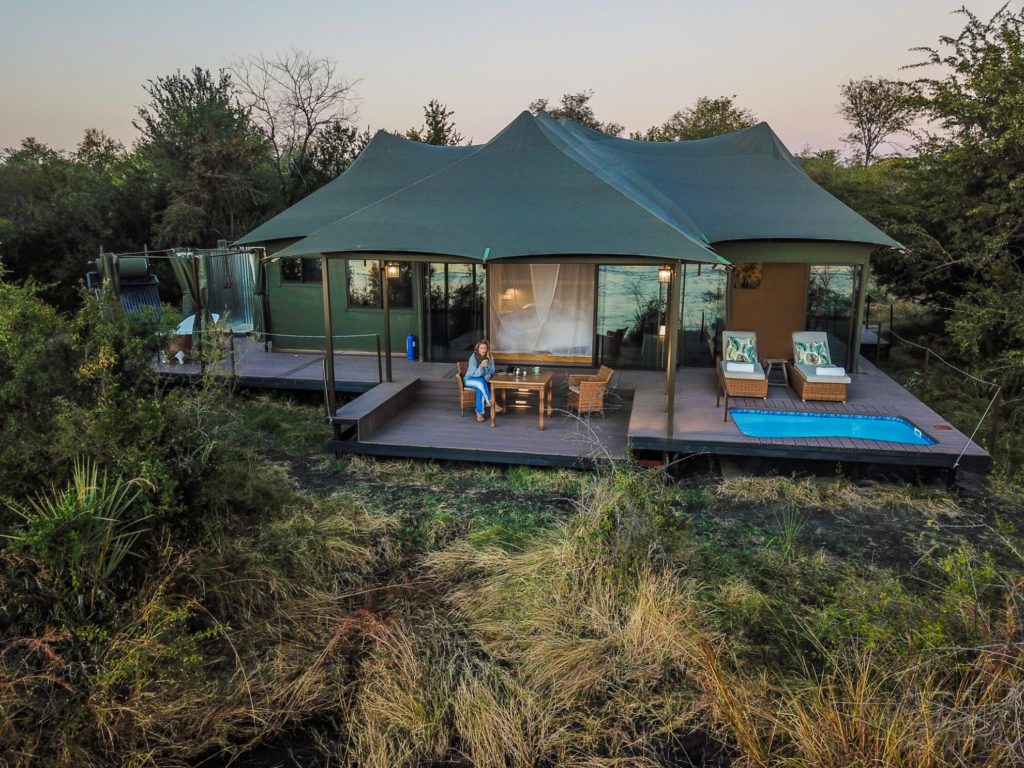 You will be transferred to Qorokwe Airstrip in time for your flight to Kasane International Airport. Spend your nights staying at the Old Drift Lodge in a beautiful tented suite. The lodge lies on the banks of the Zambezi River within the Zambezi National Park and offers amazing scenery and activities.

Embark on a shuttle transfer to Victoria Falls and explore the beautiful waterfall between the Zambezi River. Enjoy the thrilling activities the lodge has to offer such as white water rafting, gorge swings, walking safaris and more. Explore the surroundings of the lodge on a game drive and view elephants, lions, hippos and other amazing animals.

Game drives are available in the Zambezi National Park, with knowledgeable guides who will be able to impart their wisdom of the flora and fauna of the park. They will be able to drive you to all the best viewing spots, where you will have the chance to see waterbucks, leopards, lions, impalas, zebras, and many more animals. Take a picture to make the memory last and then move onto the next unique viewing spot!

Take a guided trip to one of the seven natural wonders of the world and enjoy the breathtaking scenery that Victoria Falls has to offer. Guests can stand in the footsteps of David Livingstone and watch the cascading water as it gushes over basaltic rocks. Visit the rainforest that lies beneath the largest waterfall in the world, and view the incredible species that thrive in the humid conditions. Guests can also walk along the viewing bridge and enjoy incredible views of the face of the waterfall as froth and foam churn below and rainbow hues linger in the air.

Your experienced guide will be able to teach you how to recognise tracks and follow clues left in the wilderness that will lead to incredible game viewing opportunities. Immerse yourself in the breathtaking nature and get up close to (at a safe distance) the giant elephants. Explore at your own pace, and breathe in the fresh air of the bushveld. With no engine noises this is the perfect activity for guests who wish for total immersion. Walks take place along the Zambezi River and around Zambezi National Park and are only available for guests aged 16 years or older. 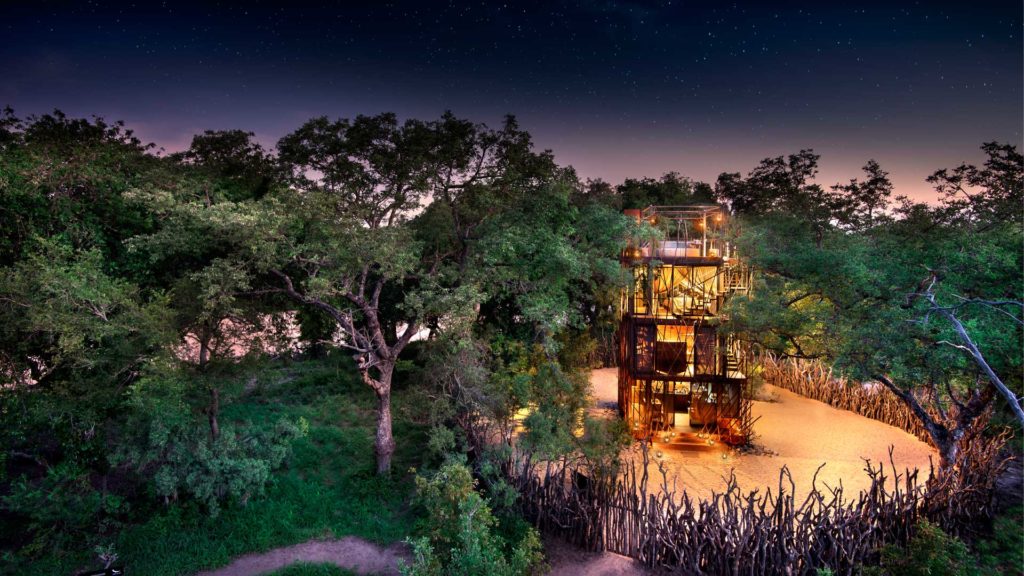 The lodge has exciting activities that you can enjoy. Embark on an evening game around the national park and view lions, leopards, buffalos, rhinos and other game animals roaming freely around the park, and be enchanted by how they live out in the wild. Relax on the veranda after an adventurous day and watch elephants quenching their thirst at the lodge waterhole.

Ngala Private Game Reserve is home to an abundance of incredible wildlife, including a famous leopard population. Journey through the bushveld in the comfort of a 4×4 safari vehicle, along with a professional ranger and tracker team, who will help you find your favourite animals, including the legendary Big 5 and Ngala’s incredible big cat populations. The guides also know the spots where each species frequents, helping to improve the odds of finding the game you would most like to see.

Enjoy a gentle wander around the reserve, immersed in the bush, where the slower place will allow you to truly admire every detail of your surroundings, down to the insect life. With no engine noise the birdsong is magnificent, with over 500 different species of bird filling the air with their calls. An armed ranger and specialist tracker will accompany you for your safety, but will also be able to lead the way to some of the best viewing spots in the bush. 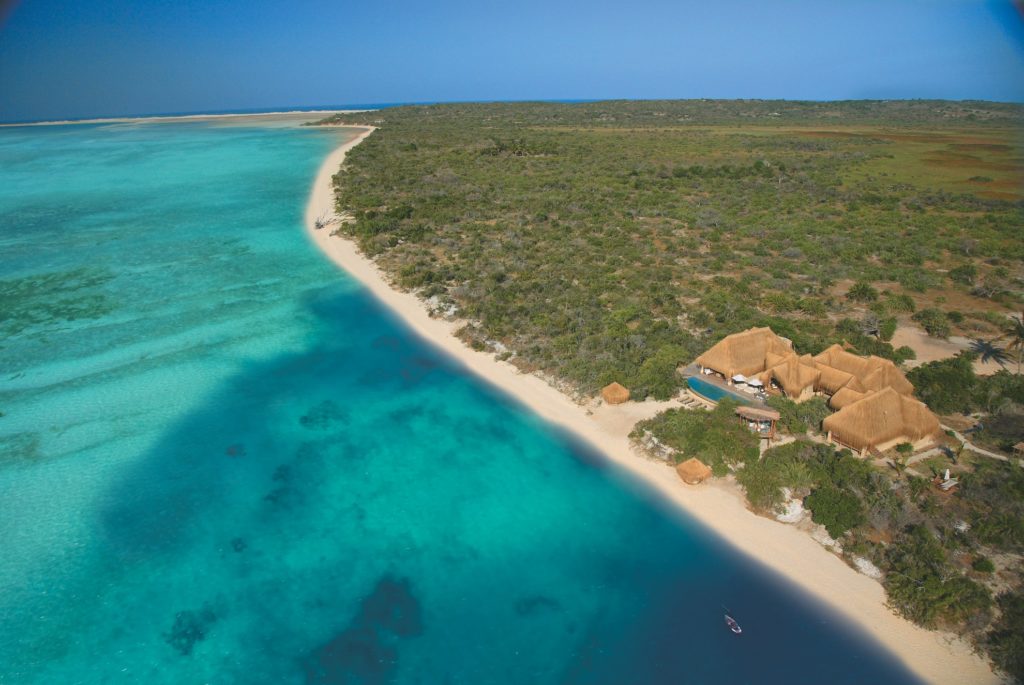 You will be transferred to Ngala Airstrip in time for your scheduled flight to Kruger Mpumalanga International Airport where you will connect on a scheduled flight to Vilanculos Airport. Upon arrival you will be flown by helicopter to Azura Benguerra Island. You will spend your final nights staying at Azura Marlin Beach in a beautiful Beach Villa.

The island offers exciting water based activities which you will be able to enjoy during your stay. Immerse yourself in thrilling activities at the amazing PADI 5 star dive centre. Activities include kayaking, paddleboarding and much more. Glide into the sunset on a dhow and savour the view of the crystal blue ocean, a perfect way to end your adventure.

Guests staying at Azura Benguerra Island will be able to partake in a Red Dune and Crocodile Lake drive. This will take you on a game vehicle journey to many local island exploration spots. Passing through villages you will have the opportunity to talk to local villagers, and try some tropical fruit from many fruit trees. Keep your eyes peeled for the variety of bird and reptile species which inhabit the trees. If you wish to, there is the opportunity to view the Nile crocodiles which inhabit the three lakes. This journey will end with a hike up the Red Dune, resulting in some fantastic views of Benguerra Island.

Explore the sea at your own pace with an afternoon spent kayaking or paddleboarding. Glide across the sparkling ocean waters and follow the coast along the island. A great way to unwind, you may also be able to catch a glimpse of the topical fish below you.

Your adventure has come to an end. You will be transferred to Vilanculos Airport in time for your scheduled flight to OR Tambo International Airport for your onward arrangements. Safe Travel!

Victoria Falls offers a wide range of (optional) adrenaline fuelled activities so it’s ideal for the adventure enthusiasts. Each destination is safe and accessible, making them ideal family destinations. Your transfers on days 5-6 and 7-8 involve clearing customs and immigration formalities at Botswana, Zimbabwe and South Africa border posts. 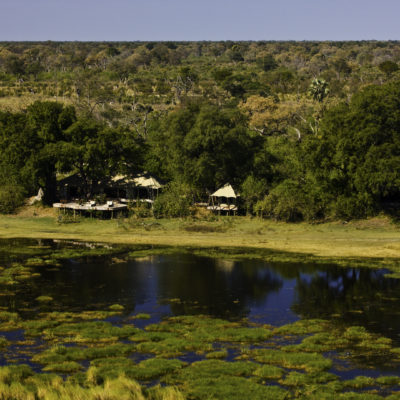 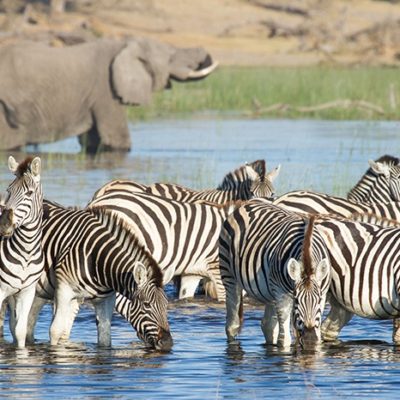 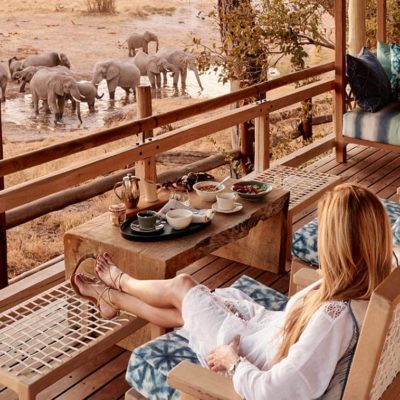