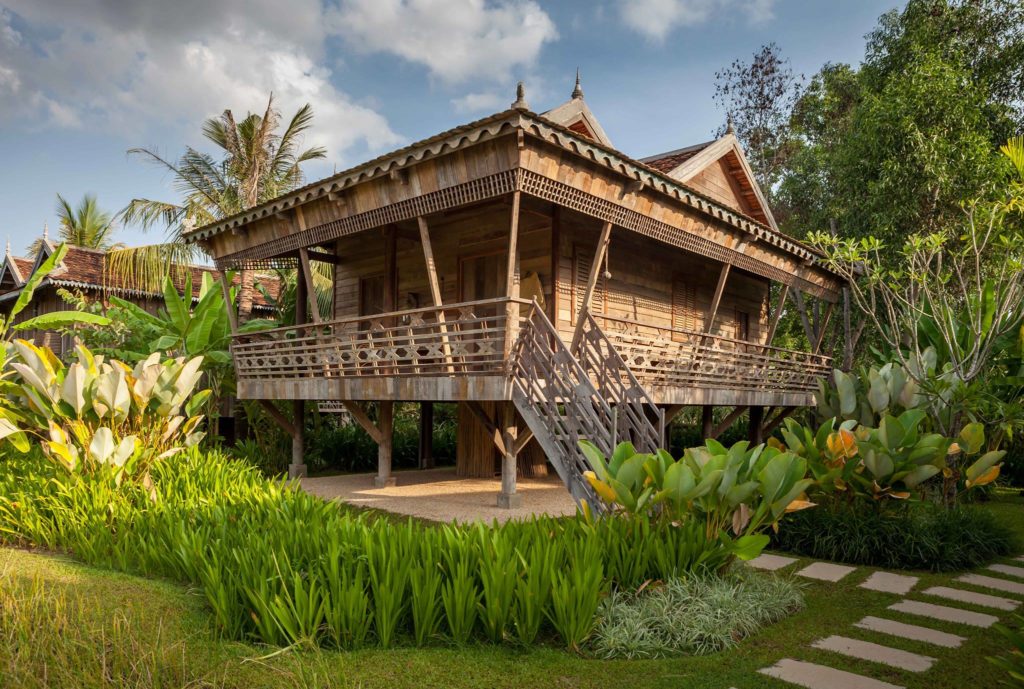 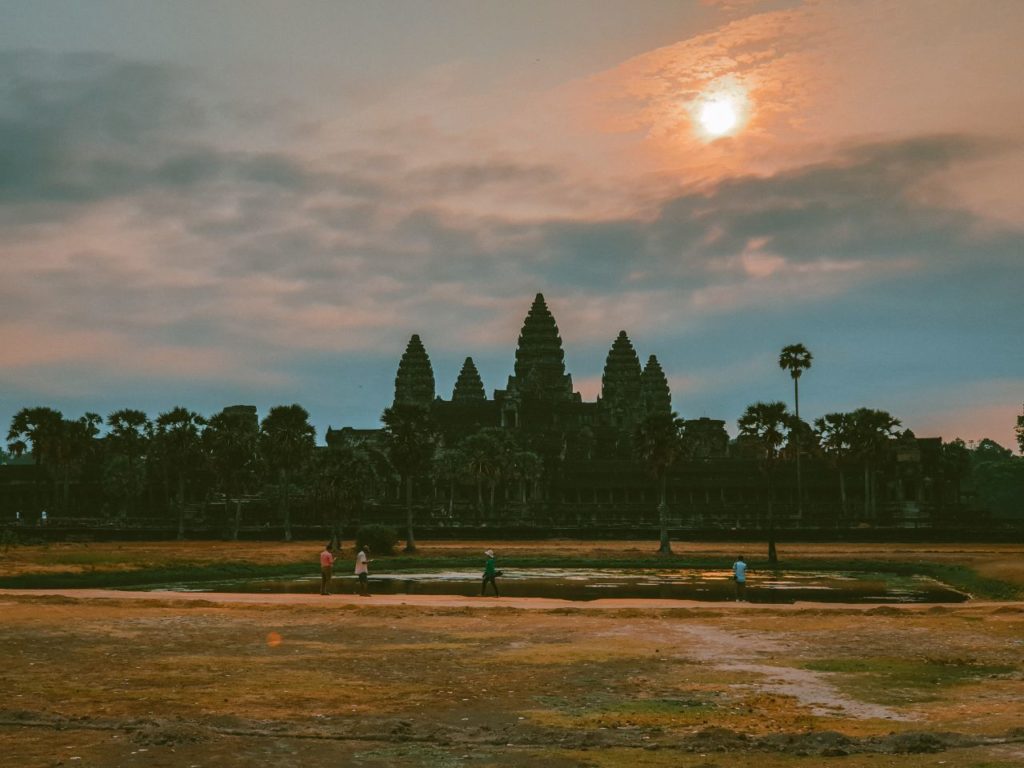 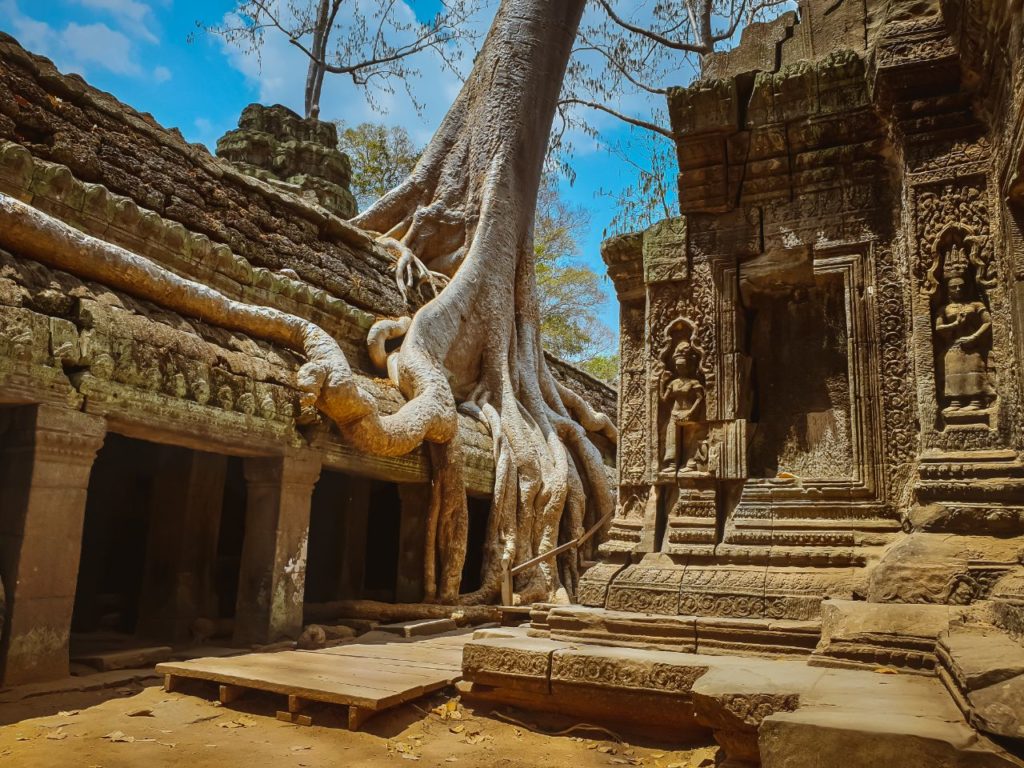 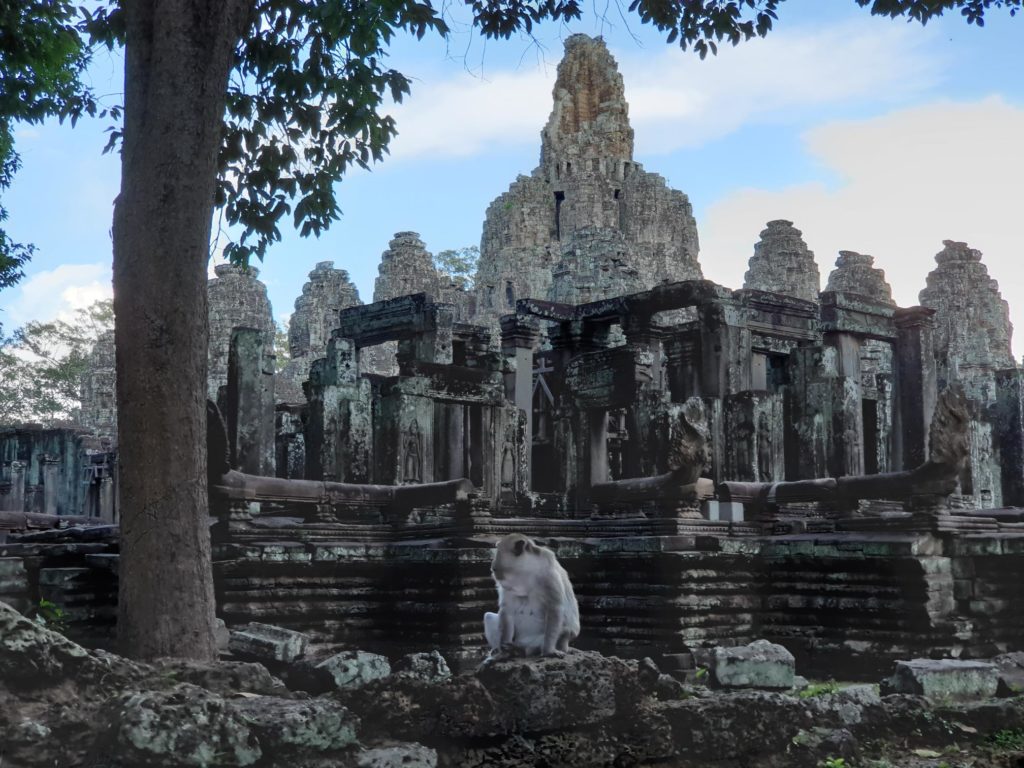 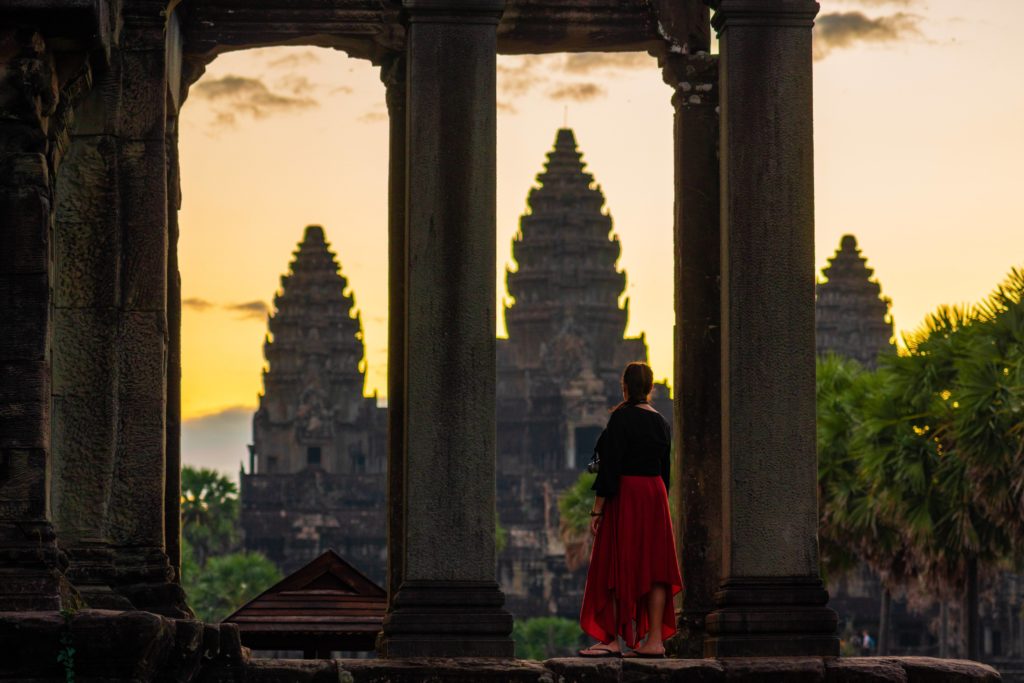 Away from the bustle of city life and the commerciality of modern tourism, this pure break tour of Cambodia is a one of a kind essential for any traveller wishing to experience an authentic appreciation of this wondrous South-Asian country. Reside in a series of vibrant rural regions and luxurious sustainable accommodation, providing genuine escapes into verdant forestry, serene riverside and underdeveloped communities for a deeper and formative perspective of Cambodia. En route witness wonderful wildlife, mystical natural formations and the rich history of the countries past reflected in the magnificent temples and structures. Don’t just visit Cambodia, experience it.

Your journey across Cambodia will pass through these magnificent region;

Siem Reap is the gateway to Angkor Wat, the 12th century temples that lingered after the fall of the Khmer Empire with a mystical air of steadfast solemnity. In the last decade, Siem Reap has catapulted from a tiny town into a booming tourist city. Hit a spa between visits to the Angkor temples, or march through the legendary “Pub Street” where party bars sell dirt-cheap beer and blast music onto the pavement.

Battambang is Cambodia’s second largest city, but it’s fairly compact and easy to get to know. Despite its relative size, it has a small-town feel, set on the banks of a river in the heart of Cambodia’s rice bowl. This fertile setting makes it a great place to try authentic Cambodian cuisine. It’s also known for being a hub for Cambodian arts, so be sure to check out some of the many galleries here.

The charming riverside town of Kampot offers a contrast to the coastal vibe of Kep, just 25 kilometres away. Travellers can easily lose track of time in Kampot with visits to pepper plantations, cycling to salt flats or exploring national parks. Kep, on the other hand, offers a great family-friendly beach holiday where lazing on the beach and eating freshly caught crab is almost compulsory. 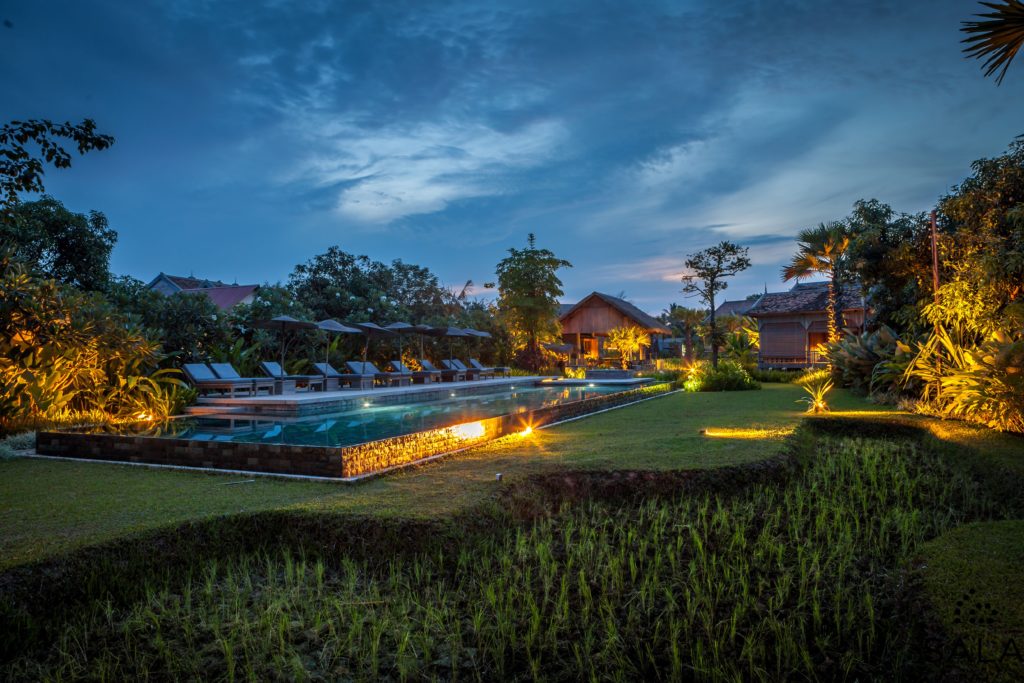 Upon arrival, your guide will be waiting to transfer you to your hotel.

Wake up bright and early to witness the wondrous sights of the sun rising over the magnificent Angkor Wat. Then transfer back to the hotel to freshen up and delight in some breakfast. After breakfast, continue the days tour with a visit to the South Gate of Angkor Thom where statues of the gods of good and evil line the entrance. Your next stop is the Bayon, renowned for the intriguing architectural design as hundreds of smiling face statues grace the side of the tower. The wall sculptures, known as bas reliefs, are impressive features of carved artwork and convey rich stories of daily life and great battles that were fought between the Khmers and ancient Thais. Move on to Phimeanakas, shaped like a pyramid accompanied by two ponds in the rear. The ponds were once used for religious rituals but today serve as swimming pools for Khmer kids. Walk to the top of the temple to witness impressive views of the Angkor complex.

Glimpse at the rows of trunks that form the wall of the Terrace of the Elephants, a platform from which King Jayavarman surveyed his army. Close by is the Terrace of Leper Kings, featuring a detailed statue depicting Yana, the Hindu god of death. Onward to Ta Prohm, one of the most beloved temples in all of the region. This small crumbling temple is essentially held together by giant tree roots which radiate a mystical atmosphere to the temple. Return to Siem Reap for a shaded lunch, escaping the beating sun. Then in the afternoon, explore the magnificent Angkor Wat, the world’s largest religious monument. This visually spectacular temple is a massive three-tiered pyramid, rising sixty-five metres from the ground and crowned by five lotus towers. The temple is a national symbol of Cambodia and proudly appears upon the country’s flag

Drive to the edge of the Tonle Sap Lake and embark on a cruise to Kompong Phluk , an isolated Khmer community compromising of three villages built on wooden stilts, rising from six to eight metres above ground. The community houses approximately three-thousand inhabitants who spend their day, farming  fish and vegetables upon the floating platforms. During your visit, your cruise will meander through the mangrove forests, a unique ecosystem that survives on flooded soil for months. In addition, the Mangroves boast a variety of wildlife, witness a range of regional birds and crab-eating macaques! Driving onward to a small village called Chansar, you’ll stop just outside the village and hop aboard an ox cart for a ride through the fields. From here visit the home of a local Khmer family who specializes in creating brooms, witness how they make brooms from natural materials, and if you like have a go! Take a guided walking tour around the village, where you have the opportunity to participate in fishing, farming or animal husbandry activities. Delight in a simple Khmer lunch followed by more activities or spend time conversing with the locals. Funds from your tour directly benefit the community, improving the lives of the people. On the way back to Siem Reap, stop at a Buddhist temple and receive a blessing from the monks. 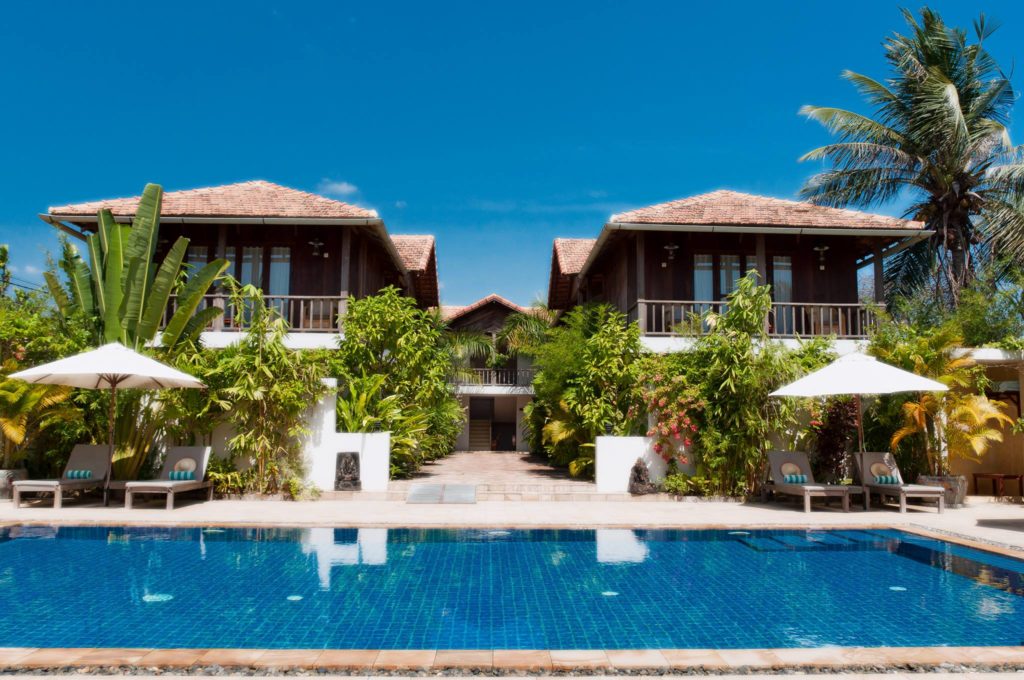 In the morning, the transfer to Battambang takes approximately three hours. Upon arrival, participate in a walking tour of Battambang which will include visits to some of the old French Colonial buildings along the river and to the former Governor’s residence. Merely two kilometres away from Battambang, on the Sangker River, is the village of Wat Kor. Here you will experience a fascinating insight into the Cambodian way of life. Witness the wonderful traditional Khmer housing and structures in the town, many constructed in the early 20th century.

This morning visit Wat Phnom Banan, an 11th century temple built by King Jarvarman VII. Located on top of a four hundred-metre-high hill, the views from the temple are simply breath-taking. From Wat Phnom Banan, continue onto Ek Phnom, built in the 11th century under the rule of Suryavarman I. Although the temple is in poor condition compared to those in neighbouring Angkor, there are very beautiful Hindu carvings that need to be seen. Return to hotel to freshen up and delight in some lunch.

This afternoon, head to a fishing village outside of town before moving forward to explore Phnom Sampeau, a magnificent natural rock formation which contains a series of mystical caves. The area was a former stronghold of the Khmer Rouge. Once here you will be presented with the opportunity to visit the Bat Cave, housing thousands of the namesake creatures, as the  guide presents a history of the region.

This morning you will be transferred to Siem Reap by car, approximately a three hour drive. Delight in an evening under the big top in downtown, witnessing a wonderful evening show at the fabulous Phare – the Cambodia’s circus. Run by an NGO of the same name, Phare supports the futures of Khmer youth with art and performance training. The lively show combine elements of high flying, tight-rope walking, juggling, contortion, music and theatre circus arts in one energetic showcase of Cambodian culture. Enjoy an evening of cultural discovery whose funding got to a great cause and pick up a few souvenirs on the way out. 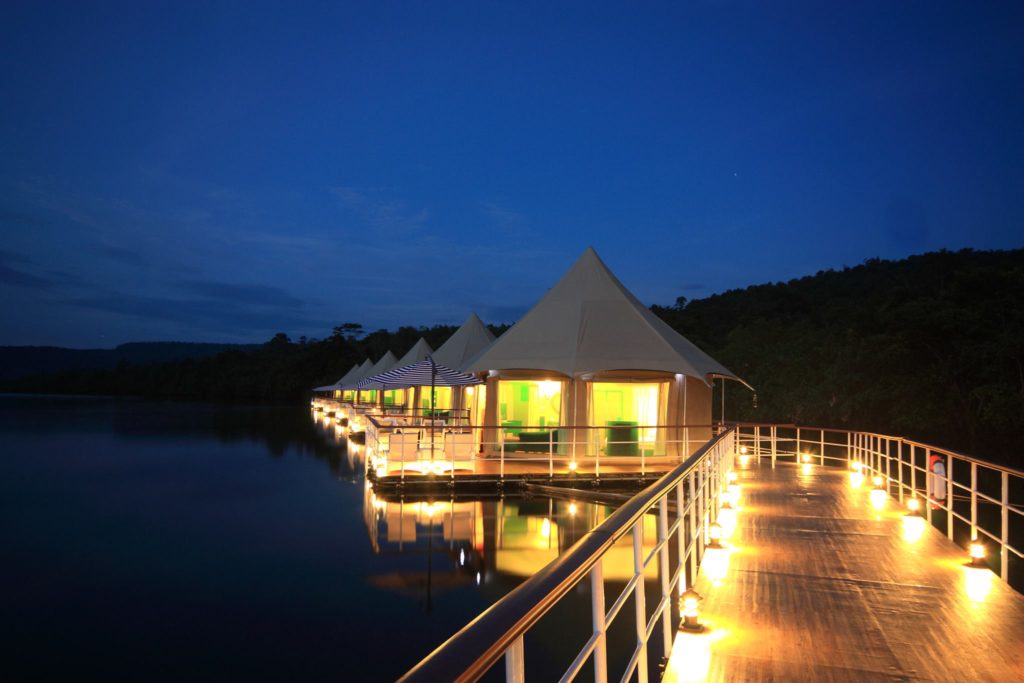 Once in Koh Kong, spend the next three days at your own leisure at this idyllic river location. 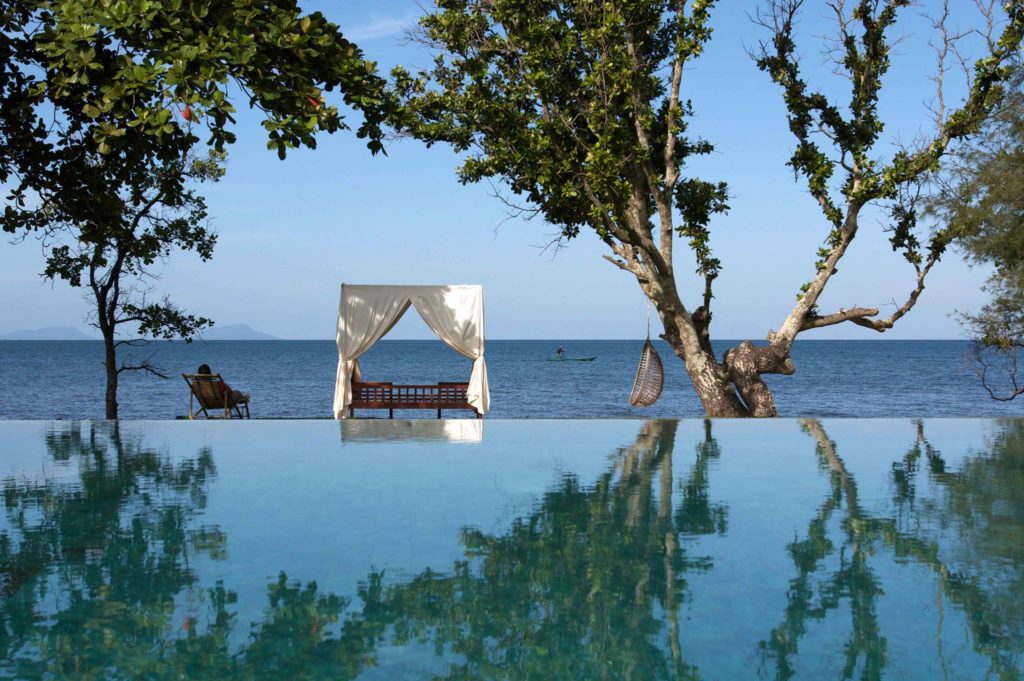 This morning transfer to Kep by car. During the golden era of the 1960’s , Kep was a popular haunt of wealthy socialites and Khmer royalty. Although few traces of Kep’s heady past linger, the relaxed atmosphere of the seaside town remains. Once in Kep, wander around the main points of interest from city to coast and verdant Butterfly garden.

This morning, a guide will pick you up from the hotel to visit a local crab market and salt field, before heading to the organic Kampot pepper plantation and fish marker. This tour explores the natural production ongoing throughout the region, exploring a richer and authentic perspective of Cambodian life. In the afternoon participate in a kayak tour along the Kampot river, before transferring back to Kep for an overnight stay.

Spend the last full day in Kep at your own leisure.

This morning you will transfer from Kep to Phnom Penh Airport for a departure flight to the next destination.

You will be met upon arrival, with someone holding a sign that has your name on it