5 Unique Places to Visit in Argentina

Home to an incredible array of sights, natural wonders and cultural attractions, Argentina’s geographically diverse landscapes range from waterfalls and jungles to towering mountain ranges and deserts of both sand and ice. The eighth-largest country in the world, Argentina truly has something for everyone to enjoy, whether you are searching for an untouched natural paradise or an exciting stay in a vibrant and thriving city. Here are the top 5 places to explore in Argentina.

The Iguazu Falls are not just one fall, but hundreds of waterfalls clustered together in a horseshoe formation, consisting of 275 drops and stretching almost 3 kilometres in width. Above the falls, islands and islets separate the river into many different flows, the tallest of which is the Garganta do Diabo (The Devil’s Throat) which drops 80 metres.

Many of the individual falls are broken midway by protruding ledges, causing the water to deflect and kick spray up into the air. This results in an array of rainbows, and a dense cloud of mist that rises about 500 feet. Millions of people flock to Iguazu National Park every year to see this magical sight and listen to the dull roar of the cascading water. In 2019, the park received around 1,640,000 visitors from all over the world.

The falls were formed approximately 120 million years ago and rest along Argentina’s Northeast border with Southern Brazil. Brazil’s Iguaçu National Park and Argentina’s Iguazú National Park were both established in the 1930s in order to ‘preserve the vegetation, wildlife, and scenic beauty associated with the falls’, and the surrounding rainforests are home to an astonishing 2,000 species of vascular plants, 400 bird species, and amazing wildlife including giant anteaters, howler monkeys, ocelots, jaguars and caymans.

On Argentina’s side of the falls, there are a collection of walkways that lead above, below and behind the water, allowing breathtakingly beautiful views of the curtains of water that tuck between verdant and rich patches of luscious rainforest. A number of the individual falls – including Dos Hermanas (Two Sisters), Bozzetti, San Martín, and Escondido (Hidden) – can be observed from the winding forest paths and trails that meander beneath the rainbow hues and falling water.

Located within the 230 square mile Ischigualasto Provincial Park, Valle de la Luna (Valley of the Moon) is home to extraordinary geographical formations that date back to the Triassic period. The site takes its name from its alien appearance, looking more like the surface of the moon than anywhere on Earth. The different rocks create a colourful touch to the vast and desolate landscape, with red, grey and earthy hues.

Millions of years ago, the area was a floodplain, where strong rivers ran through the earth and heavy rains pelted it from above. The petrified remains of tree trunks that once stood over 130 feet ‘attest to the rich vegetation that once fed the similarly giant creatures that walked among them.’ The rock deposits formed slowly over time, becoming eroded and reshaped by the fierce winds which smoothed their surfaces, creating marble-like monuments.

Today, the area stands 4,000 feet above sea level, and the only remaining vegetation in the desert is a few cactus and bushes. Travellers approaching from the road will be able to glimpse some of the magnificent formations including The Worm, The Sphinx, Red Ravines, The Bowling Field, and the Painted Valley.

The Painted Valley was formed after ‘torrential rains flooded the plains, creating a great amount of mud’ and causing a colossal mudslide. The muddy landscape became a catacomb for the dinosaurs, reptiles, plants and trees that were trapped under the earth, their remains protected by the mud for millions of years. Because of this, the Valley of the Moon is known for holding some of the world’s oldest and best-preserved dinosaur fossils. Replicas of the fossils recovered here are on display at the park’s entrance, and travellers can view originals at the Museum of Natural Sciences in the Parque Centenario.

Tours to Valle de la Luna often depart in the afternoon, allowing guests to watch the setting sun fill the valley with warm light before the stretching shadows of the rocks crawl along the landscape, eventually bringing it into darkness.

A hub of history, art and culture, and the birthplace of the Tango, Buenos Aires is Argentina’s largest and capital city. Here, travellers can experience incredible local cuisine, including Asado (Argentina’s national dish), or Locro (a stew commonly served on 25th May to celebrate Argentina’s May Revolution).

Visitors can also enjoy shopping, finding unique items at Argentina’s many independent stores and stalls. Walk through the streets of La Boca, a neighbourhood filled with brightly coloured wooden houses or ‘conventillos’, and view the amusing sculptures and elegant dancers who bring the streets to life.

The city’s districts are filled with enlightening museums, including the Evita Museum in Palermo where visitors can learn about the life of Eva Peron, an actress, First Lady, and champion for workers’ rights. Guests can view her amazing collection of luxurious clothing, her books and her films and pay tribute to a woman who ‘became an international symbol of strength and resistance’ at her mausoleum at Recoleta Cemetery. A private tour of Recoleta Cemetry is included in the Pure Breaks Argentina Discovery trip, which is followed by an exploration of other culturally significant landmarks such as Palais de Glass, the National Art Museum, Nuestra Señora del Pilar Church, and the National Bibliotheque.

Located in the northern stretch of the coast of Patagonia, Valdes Peninsula spans 400 km, featuring golden sand dunes, coastal lagoons, pebble beaches and the deepest salt marshes in South America. The nature reserve is listed as a UNESCO World Heritage Site and is home to a variety of marine life such as elephant seals, sea lions and orcas, as well as being an important breeding ground for right whales, who visit from June to November each year, and Magellanic penguins, who build their nests in the wetlands.

Visitors can enjoy a range of experiences at Valdes Peninsula, from boat trips to meet the small and chubby Commerson’s Dolphins, to observing the comical interactions of the world’s largest colony of Magellanic penguins at Punta Tombo. The Magellanic penguins stand at around 2 feet tall and have white tummies and black backs, enabling them to blend in with the dark sea below and bright sky above while swimming and hunting for fish.

Perhaps the most incredible opportunity of all is whale watching, as the Southern Right Whales perform headstands, breaching and tail sail, allowing onlookers to take in these 20 metre-long creatures that weigh a shocking 80 tonnes.

In the freezing south of Argentina lies the Los Glaciares National Park, a protected region of sweeping glaciers and icefields, bordered by towering mountains and the dense greenery of the Andean Patagonian Forest. Here, travellers can marvel at the sparkling pure white landscape and watch colossal chunks of ice fall from the glaciers against the jagged backdrop of the foreboding peaks and dark trees.

The majority of the glaciers are fed by the massive South Patagonian Ice Field. The piedmont glaciers (glaciers that spread out at the foot of glaciated regions) receive ice from the glaciers that sprawl along the mountain range. There are also a number of independent glaciers, or ice caps, which are massive reservoirs of freshwater. The biggest of these is the Perito Moreno Glacier which holds the third-largest reserve of fresh water in the world. One of the few glaciers that grows rather than shrinks, Perito Moreno expands by approximately two metres each day. Visitors can witness as sections of the gigantic, 60-meter-tall glacier fall, splashing into the icy waters below.

The area of exceptional natural beauty spans 600,000 hectares, and includes a number of glacial lakes, created by the pressure of the solid ice pushing the thawed water aside. The largest of these lakes is Lake Argentino which is 160 km in length. The granite peaks stand between the lakes and glaciers, edged by thick woodland. The highest mountains, Mount Fitz Roy and Mount Torre stand at 3405 metres ad 3102 metres respectively, and are popular with both climbers and hikers, who can rest at the nearby village of El Chaltén.

Argentina is home to a variety of amazing and unique landscapes, the country’s diverse biomes allowing for a range of cultural and visual experiences. Visitors can explore the otherworldly Valley of the Moon and ice glaciers, view astounding wildlife such as majestic whales and adorable penguins, or marvel at the beautiful flora that lies beneath incredible waterfalls. Additionally, travellers can learn more about the people and traditions that run deep in the heart of Buenos Aires, study the Tango dance from the experts, and delve into the history of Argentina with a trip around its various informative and inspiring museums.

“From learning about Argentina, I was blown away by the number of vastly different experiences that can be enjoyed there. I desperately hope I can go there and see these amazing sights for myself; especially Valle de la Luna, as I would love to walk along this incredible alien landscape where dinosaurs once roamed, and see the remarkably preserved fossils they left behind.” 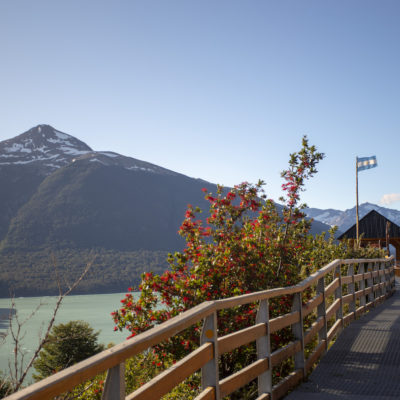 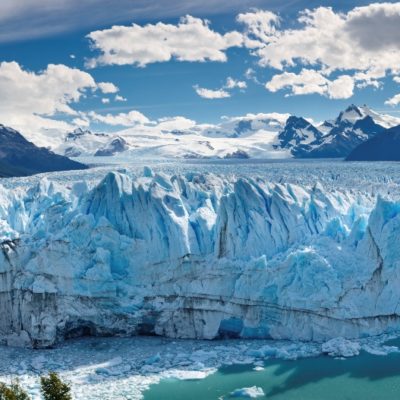 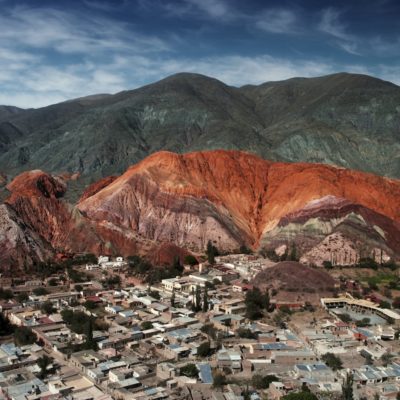