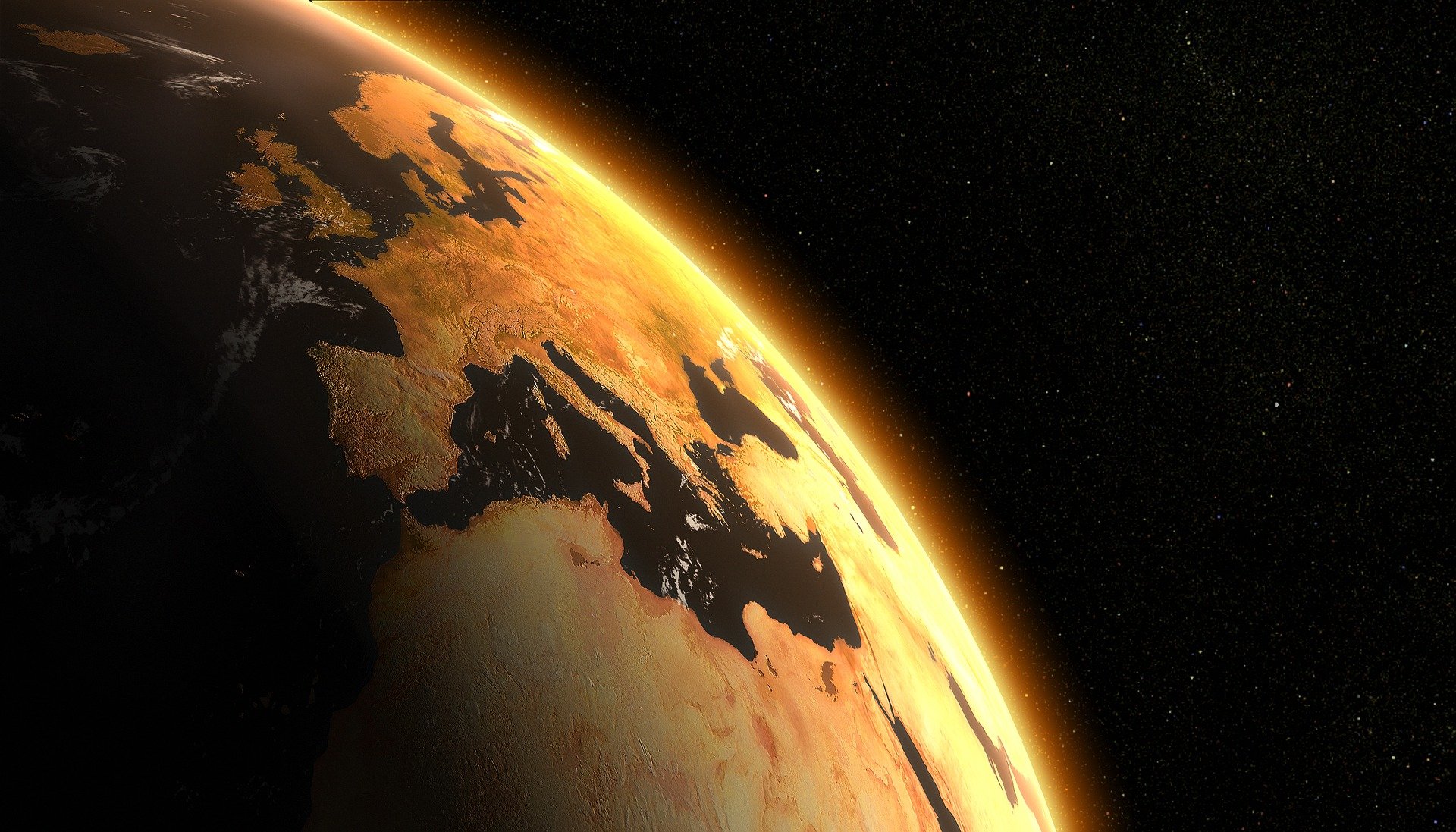 Majority of the time we’re told to adapt for the effects of climate change rather than to find a solution. However, this is not a long term, potential problem; we’re facing an imminent threat. The current narrative lies with us being told to prepare for the effects of global warming, instead of highlighting the actions of what we can do to try and reverse, or at least minimise the damage.

Global Warming is happening at an alarming rate. There is no longer an excuse to ignore climate change or push the burden onto future generations. We are already seeing the devastating effects of climate change: destructive wildfires and European floods, plus the consequent impacts on global food supplies, increasing migration, conflict, disease, and global instability – this will only worsen. Whilst changes in climate are an inevitable part of the Earth’s course, it is evident that we are speeding up this process in an unnatural manner. As perceptive individuals, there are plenty of things we can do to help mitigate it.

"Man-made climate change is the biggest environmental crisis of our time. It threatens the future of the planet that we depend on for our survival and we're the last generation that can do something about it".
WWF: 10 Myths about Climate Change

All Style, No Substance

Critiquing the narrative means reading between the lines of some of the leading brands. Right now, the most obvious issue falls within the fashion industry. In an era of frequent new trends, over 50+ micro seasons, and easily convenient clothing from online scrolling to local highstreets, the latest fashion styles have been spun into effortless bargains at the expense of the environment.

We may be blinded by these companies as they hand us over items in brown paper bags giving the impression that the brand is a sustainable and eco-friendly one, however this is often not the case. “H&M’s Conscious collection, pitched as a clothing line made from more sustainable materials such as organic cotton or recycled polyester, was found to contain a higher share of damaging synthetic materials than its main line (72 per cent compared to 61 per cent).” H&M greenwashing is ‘disguising the reality’ of fast fashion | The Big Issue

Fast fashion is becoming suffocating. Many people are against the notions of fast fashion, yet continue to spend with them due to small prices equaling big hauls. However, by shopping with fast fashion brands means you’re sending the message that you value low prices over sustainability and ethics. These companies use greenwashing marketing, cheap labor, and unethical business practices; they are rewarded with being industry leaders.

Sustainability is not a trend. Recently there has been a lot of press about unethical companies paying celebrity influencers a huge figure amount to work for or promote their businesses. This style of marketing attracts a certain clientele and also fosters a sense of permission to their audience – if their favourite celebrity is supporting these brands then it’s fine for them to do so too. Just a few brands guilty of all the above include Zara, Nasty Gal, Shein, PLT… The list goes on.

“Fashion is the second most polluting industry globally (second only to oil), and fast fashion is one of the biggest contributors to the problem. It's time we start addressing the issue and saving the planet.”

Wake Up, Smell The Coffee: Take a Stance on Climate Change

If you’re still not realising the potential of the dystopian future we face at the hands of the current climate crisis, then this may alarm you. Are you somebody who needs a coffee hit to get going? If so, mornings may become much grimmer for you. “The effects of climate change on coffee are well-documented and coffee producers are already seeing reduced harvests, and more pests, because of it.” 10 reasons why we should all care about climate change | WWF Those that feel they’re in the clear, here’s one for you – wine production may also be hit by climate change.

Wine, which is among the most sensitive of agricultural crops, demonstrates how climate change is altering traditions and practices that are centuries old. As temperature levels rise on a worldwide scale, grapes are ripening at a faster rate. Due to these rising temperatures, winemakers may be faced with not being able to produce anything palatable. Flavour aside, “climate change is also putting its stamp on global yields through severe weather patterns such as droughts, floods, hail, and firestorms.” Wine Production And Climate Change | BevZero Imagine a world with no coffee or wine? Surely that’s enough in itself for us to get scrutinizing. 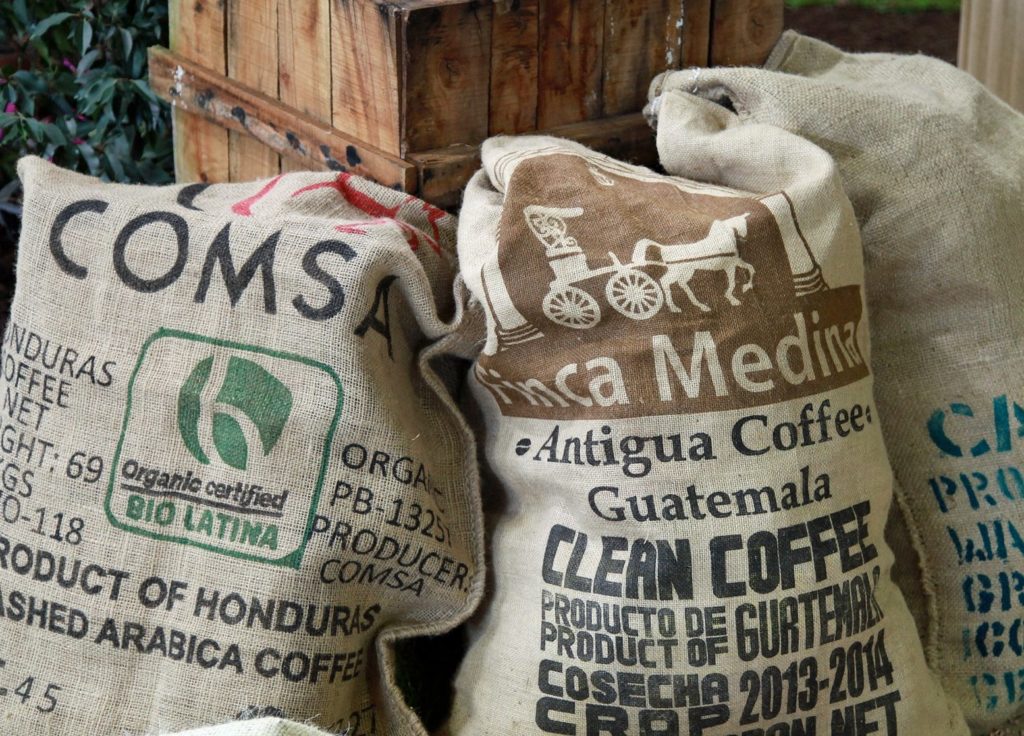 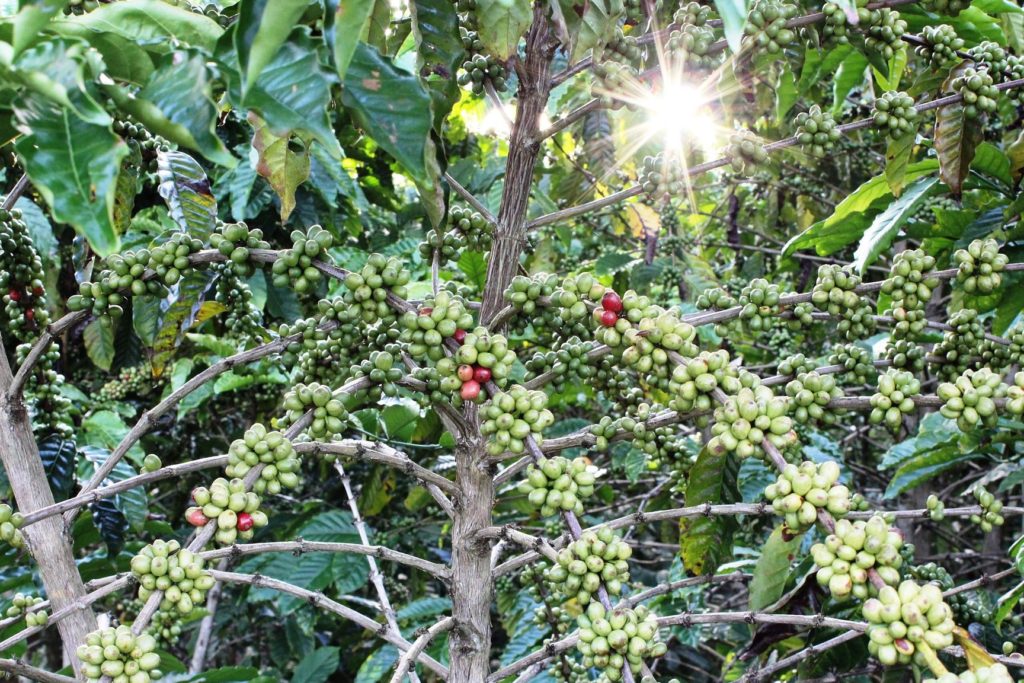 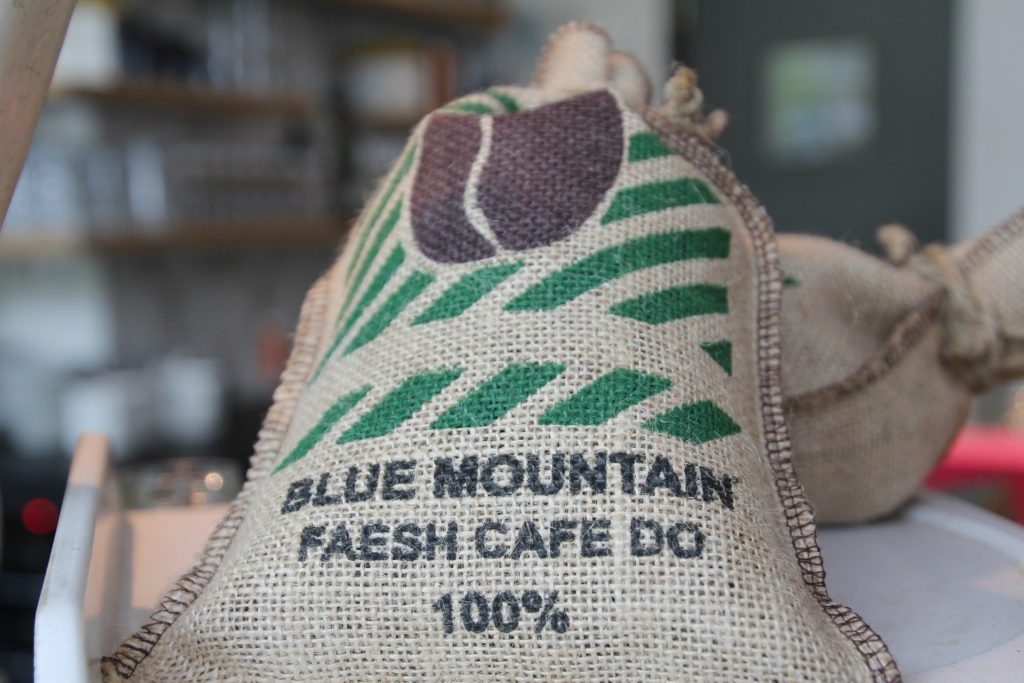 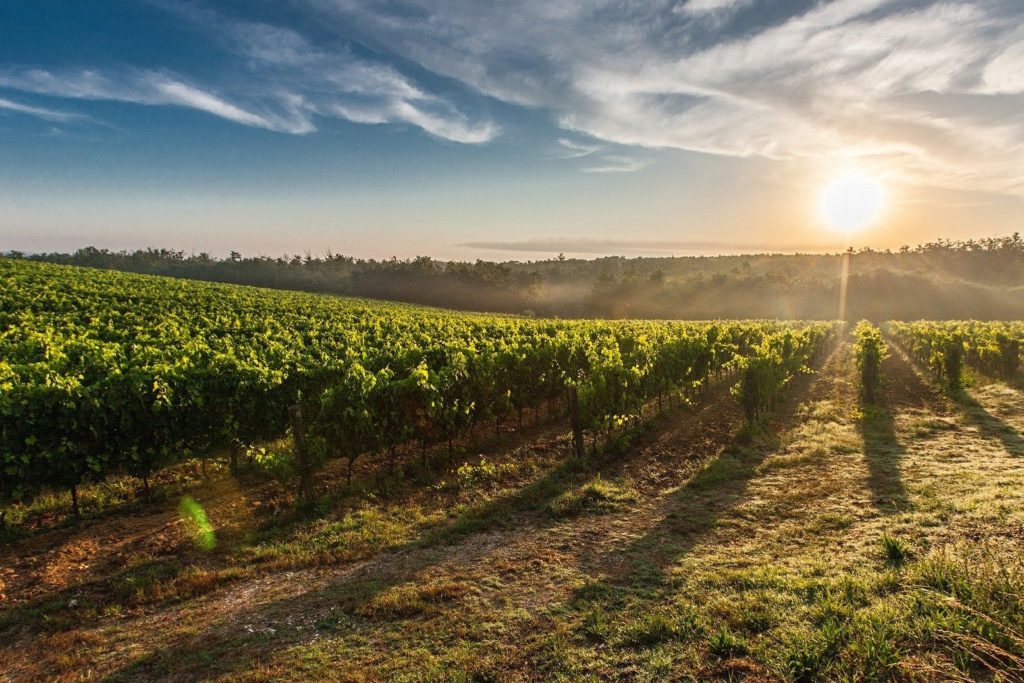 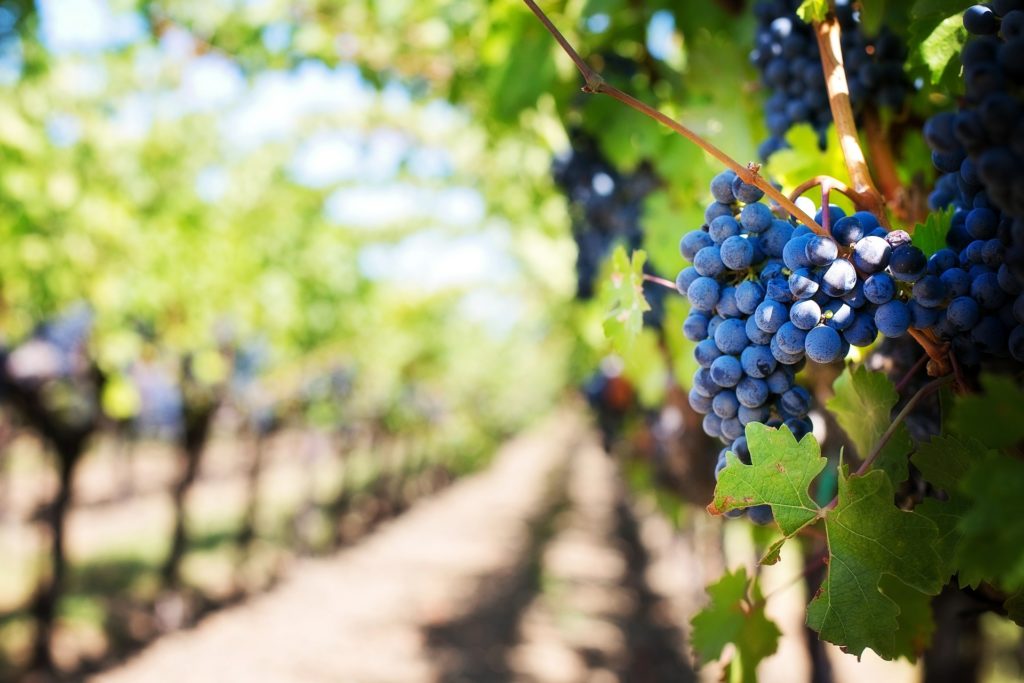 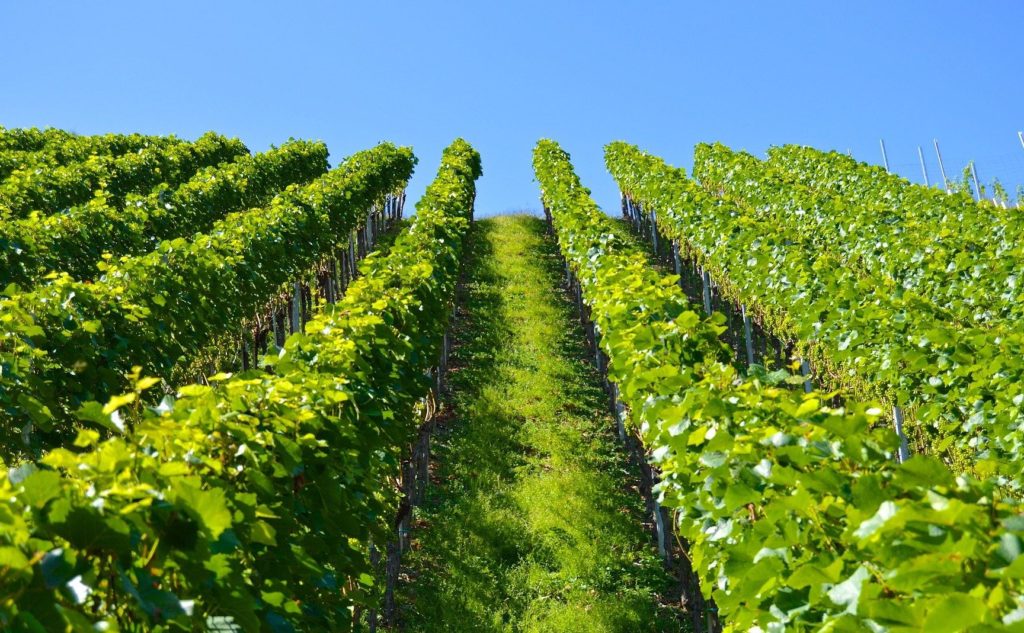 As a society we’ve become rather critical of one another and of how we think things should be run. Majority of the time, the criticism isn’t constructive. Why aren’t we channelling this sense of moral judgement into making critical suggestions towards proactively tackling climate change and the future of the Earth?

Criticism in the right form can lead to many positive impacts, such as the Fridays For Future movement. In a time where everyone likes to have their say, we should be speaking up more about the issue of our future and the future of our generations. Whilst all big changes predominantly inhere with those in power, such as leaders of businesses, corporations and politicians, we do have the ability to be proactive and call them out. We must also be held accountable for the actions we as individuals make.

A large percentage of people still do not recycle; individuals presume they won’t contribute anything towards the environment by recycling small amounts. This is similar to thinking one person’s vote can’t make an overall difference. Recycling is probably the easiest step towards doing your bit for the environment, especially when it comes to tackling plastic pollution. If you’re not recycling, then at least be mindful of your plastic consumption. These are miniscule adjustments that will have a lasting influence.

“The truth is: the natural world is changing. And we are totally dependent on that world. It provides our food, water and air. It is the most precious thing we have, and we need to defend it.”

With greenwashing clouding our perception, the responsibility lies with us to dig deeper and research into the ways we can actively make a difference. With a plethora of information and answers at our fingertips, blissful ignorance is now an outdated mindset. The United Nations have shared their ideas on how nature-based solutions and the development of new technologies will be essential in moving us forward to a more resilient and cleaner world. They suggest that productive collaboration between governments, businesses, civil society, youth and academics will enable us to “create a green future where suffering is diminished, justice is upheld, and harmony is restored between people and planet.”

This is no longer about climate change, moreover a climate crisis. It’s a fundamental primacy to have things in action for next generations to come rather than leaving them in a state of world crisis that will inevitably become irreversible. It’s not too late to make a difference if we learn and act together. By critiquing the false news, fake promises and making our own intuitive decisions, we can help protect our sublime planet, and evolve towards a more sustainable and natural future. 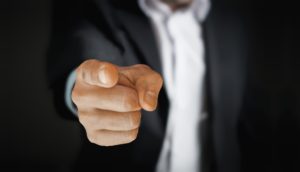 The Blame Narrative of Climate Change

The blame narrative of Climate Change One of my first memories of watching the news was a report on an ... 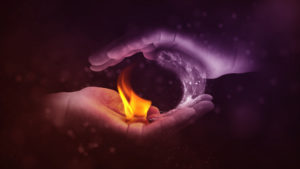 The Feminine Stereotype of Sustainability

The Feminine Stereotype of Sustainability To address sustainability, it is important to address the issues that arise within the movement (... 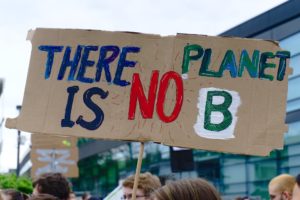 The Climate Crisis: A Planet on the Brink

The likes of climate change and global warming can often be a difficult topic to digest, especially given the sensitive ...