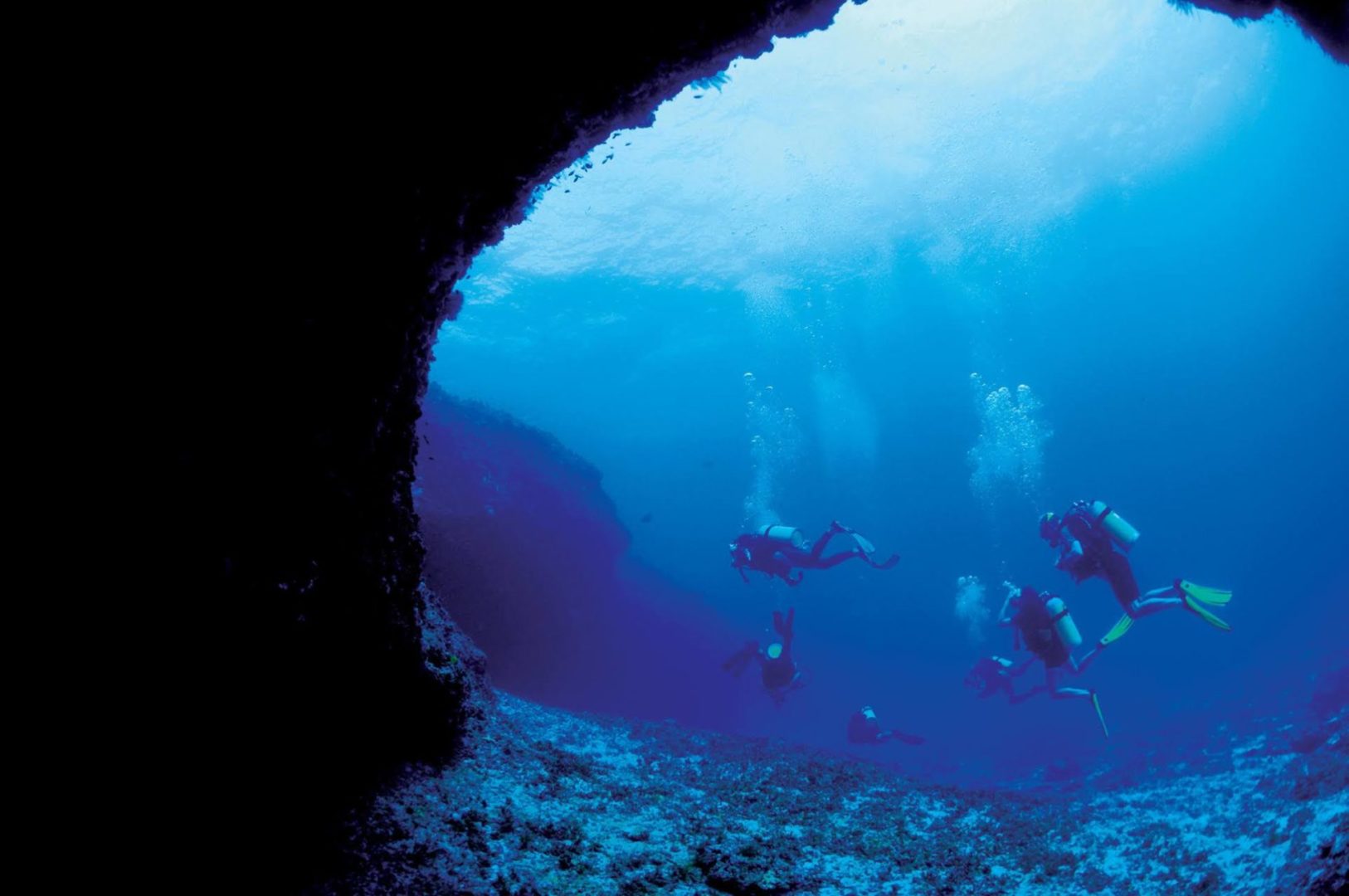 Exploring the Remnants of the RMS Rhone

The British Virgin Islands are a collection of Islands and Islets which rest in the Eastern Caribbean Sea. The Islands were discovered by Christopher Columbus in the 1490s, and he named them after the legend of Saint Ursula. Guests are able to follow in the footsteps of explorers like Columbus, by visiting the many historical sites and landmarks that have stood here for hundreds or even thousands of years, such as the Baths of Virgin Gorda, the remains of Fort Recovery, or perhaps the most interesting of them all, the Wreck of the RMS Rhone.

The History of the RMS Rhone

The RMS Rhone was a Royal Mail Ship, built in 1865. This mighty vessel, measured 94 metres in length and was regarded as one of the fastest ships of the Royal Mail Fleet, ‘with a top speed of 14 knots’ according to Shipwreck World. The RMS Rhone earned a reputation for being unsinkable after surviving a number of fierce storms during its first two years of commission, suffering only minor damage in an 1886 storm which destroyed a number of lifeboats as well as furniture and cargo. Sadly, only one year later, this reputation was proven to be false.

The RMS Rhone was moved to a new route at the start of 1887, transitioning to the beautiful and treacherous waters of the Caribbean. In October of the same year, while the ship was refuelling at Peter Island, the barometric pressure (the pressure within the planet’s atmosphere) started to drop, indicating the imminent arrival of a storm. The hurricane season had already passed which meant that the RMS Rhone and the RMS Conway, another Royal Mail Vessel refuelling at Peter Island, were not prepared for the unexpected storm that was about to strike.

Both of the ships’ captains conferred with one another, agreeing to transfer the Conway’s passengers to the Rhone due to its unsinkable reputation. As a further precaution, all passengers were tied to their bunks in order to prevent injury while the RMS Rhone navigated the ruthless waters. Captain Woolley, of the Rhone, decided to cut the trapped anchor – ensnared around a coral head – loose as it was impossible to raise. In the eye of the storm, Woolley intended to sail to Salt Island where the ship would have more sea room.

However, a gigantic wave struck the vessel, knocking the captain overboard to his death. The violent winds threw the ship against the large jagged rocks of Black Rock Point, causing catastrophic damage to the ship’s boiler room which resulted in an explosion that tore the RMS Rhone in half. Trapped in their bunks, most of the passengers were unable to escape. Only 23 of the 146 original passengers and crew members, and those who transferred from the RMS Conway, survived.

Visiting the Wreck of the RMS Rhone

Today, the wreck of the RMS Rhone still lies at the bottom of the ocean, just off the coast of Salt Island. Travellers can visit the Wreck from Cooper Island Beach Club, Peter Island Resort and Spa, or the Sugar Mill Hotel, which are all accommodations nearby. The site was made a Marine National Park in 1967. Over the years, countless storms, hurricanes and natural corrosion have taken their toll on the sunken vessel, and in 1950, the stern was blown up by the Royal Navy as, in its upright position, it posed a ‘navigational hazard’.

Despite this, the wreck of the Rhone is one of the most popular diving spots in the world, easier to reach than the wreck of the Chikuzen, and better preserved than the wooden ships that were wrecked before it, such as the HMS Astrea which sank in 1808.

Visitors can expect to find a variety of artefacts that were left on the ship as it sank, as well as the abundant marine life which has claimed the vessel. Stingrays, green morays and various schools of fish weave in and out of coral-coated planks, crabs and octopus nestle within the Rhone’s fallen cannons, and sea turtles are frequently spotted around the boat. Divers will likely be greeted by a large local barracuda who has made the wreck his home, known locally as ‘Fang’.

Visitors can travel down to both the Bow and the Stern – the deepest part of the dive which sits at a depth of approximately 85 feet. The two halves of the ship are roughly ‘100 feet apart at a 90-degree angle.’ Exploring the wreck of the Rhone is usually a two-tank dive as there is so much to see within the algae-crusted skeleton of the ship, and visitors could easily spend an entire day there. Divers are able to swim alongside the driveshaft which leads to what remains of the engine box and gears.

The brass propeller, which remains intact, spans 15 feet. The sheer size of the wreckage gives a sense of perspective and reminds divers just how impossibly vast and tempestuous the ocean can be. Many recognisable sections of the ship can be found, such as the masts, rudder and the round frames of portholes – one of which still has its original glass and is rumoured to be lucky.

“Visiting the British Virgin Islands gives travellers the chance to gain a more intimate understanding of the deep sea and the life that exists down in the depths. Not only can visitors broaden their minds by learning about the history of the islands, but also enjoy the thrilling sensation of swimming alongside the abundant and colourful sea life that exists in the clear waters of the Caribbean Sea.”

Due to the derelict condition of the wreck, it is considered a novice diving site with no areas to penetrate. As Shipwreck World explains, ‘the hull has long since collapsed and there are very few if any closed spaces to visit in the wreck’. Travellers with varied diving experience are able to enjoy exploring and delving into the watery past that makes up the remains of this long lost ship.

Visitors can also view the RMS Rhone’s anchor, which was recovered and is now on display at the restaurant of the small island of Saba Rock. Founded by the famous diver, Herbert ‘Bert’ Kilbride, Saba Rock is an ideal accommodation for travellers with an interest in diving. Kilbride, who was awarded the title ‘Oldest Scuba Diver’ at the age of 90 in 2004, recovered a number of artefacts from the Rhone and other notable shipwrecks in the Caribbean. These can be seen in all their glory at Saba Rock’s small museum.

The Wreck of the Rhone is rumoured to be haunted by the many passengers who sadly perished when it sank. Divers have reported ‘having their shoulders tugged’ when exploring the hull, claiming that when ‘they turned around no one has been close enough to touch them.’

Other divers have allegedly heard groans and screams as well as other odd noises coming from the ship’s hull. Divers often hear strange noises underwater, with the abundant marine life creating its own symphony, and the power of the ocean currents could simulate the sensation of being tugged or nudged by an unseeable force. However, it is interesting to speculate if the restless victims of the Rhone still linger in their watery graves.

The Wreck of the Rhone is a fascinating location where divers can find a wide array of marine life including eels, lobsters, octopus, stingrays and many types of fish among the coral gardens where the ship lies. While it is the site of a tragedy and should be respected as such, visitors to this incredible historic site can take the opportunity to learn more about the ship’s fateful final journey and view the artefacts and sections of the vessel which still remain.

The wreck of the Rhone offers an educational and surreal experience, allowing divers to observe how aquatic life will claim and transform our man-made structures once they have been abandoned. Visiting the British Virgin Islands gives travellers the chance to gain a more intimate understanding of the deep sea and the life that exists down in the depths. Not only can visitors broaden their minds by learning about the history of the islands, but also enjoy the thrilling sensation of swimming alongside the abundant and colourful sea life that exists in the clear waters of the Caribbean Sea.

“I hugely enjoyed learning about the RMS Rhone and its history, as well as seeing how the wreck has transformed into a habitat for underwater creatures. I am enraptured by the ocean and the incredible, otherworldly life that lives within it, and would love to go diving among the colourful coral reefs and terrific wrecks that lie beneath the British Virgin Islands. ”

Read other Articles on the Caribbean!