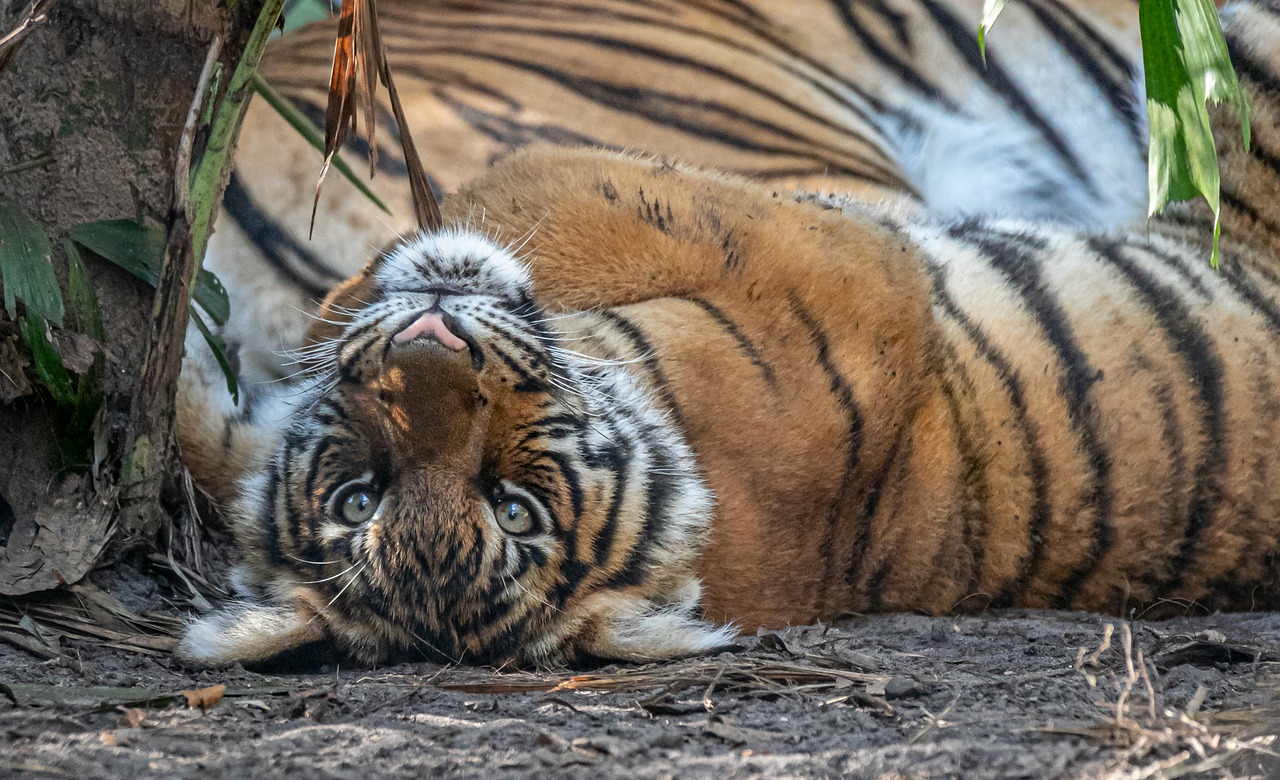 Malayan Tigers: Is it Too Late for Malaysia’s National Animal?

Malayan Tigers, also known as Panthera tigris jacksoni, are one of six subspecies of tigers and can only be found on the Malay Peninsula and in the southernmost point of Thailand. These beautiful creatures are extremely important to the people of Malaysia, serving as their national animal and featuring on the country’s coat of arms. Malaysia’s national football team even takes their nickname from the big cats, who are said to symbolise bravery and strength. 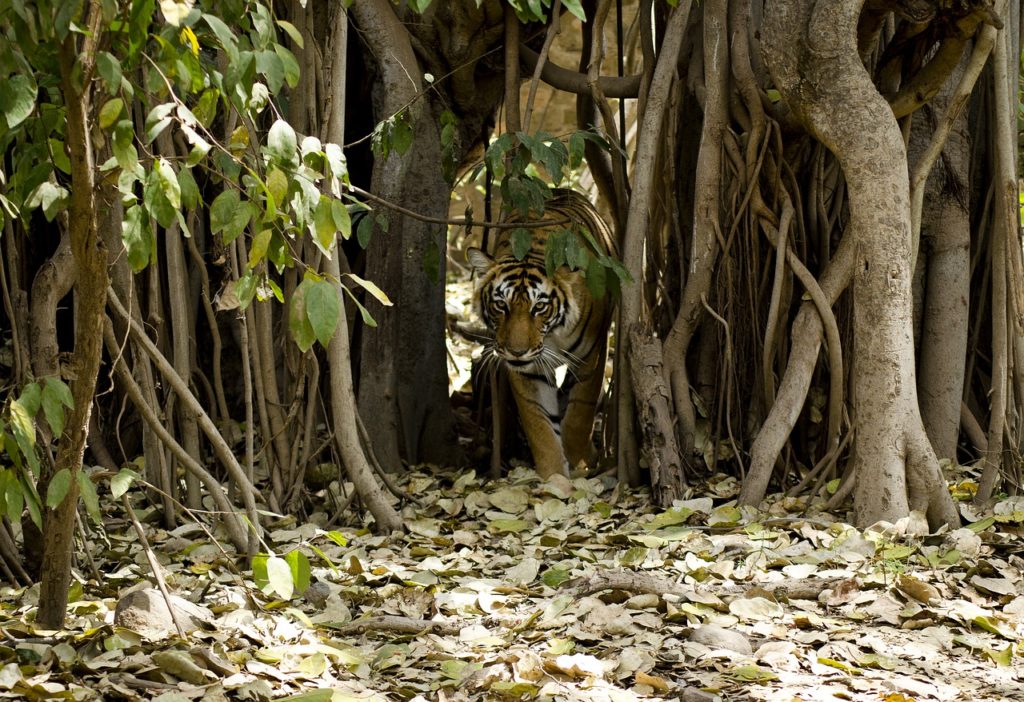 Affectionately nicknamed ‘Pak Belang’, meaning Uncle Stripes, they are the smallest subspecies of tiger in Southeast Asia and are known for their love of swimming and playing in shallow rivers and lakes.

Their main diet consists of smaller prey and sambar deer, and as an apex predator, the Malayan Tiger serves a very important role in terms of maintaining a balanced ecosystem. By hunting prey species, they are keeping them from becoming overpopulated, preventing issues such as overgrazing, territorial conflict and the rapid spreading of diseases.

The subspecies are coloured with vibrant orange fur, broken up by thin black stripes that allow the tigers to blend into the background when sneaking up on prey. Their patterns also work as a defence mechanism, allowing them to retreat to safety without being seen. 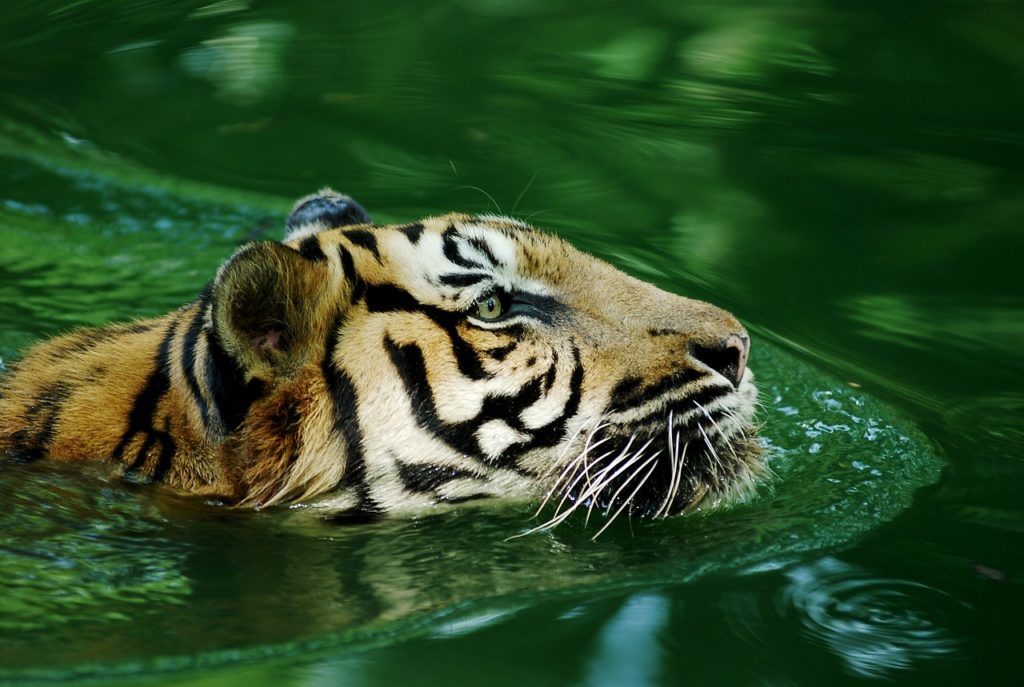 However, due to habitat infringement and traps left by poachers, this natural camouflage is no longer enough to protect them, and according to Dr Wan Junaidi Tuanku Jaafar, Malaysia’s national animal could ‘become extinct in as short as five years’.

Malayan Tiger populations stood at around 3,000 globally in 1950, but within the last 70 years they have dropped a shocking 93%, and today there is only an estimated 200 of this subspecies left in the wild. A number of factors threaten the remaining tigers including poachers, habitat fragmentation, biodiversity loss and loss of primary food sources; but the common denominator is the same. Humans are to blame for the severe decline in Malayan Tiger populations.

“Wild populations of the tigers have plummeted to an all-time low while continued habitat loss, rampant poaching and biodiversity loss, including the tigers’ prey animals, are posing an existential threat to the country’s stately predators.”

The biggest risk to Malayan Tiger populations is poaching. Tigers are hunted for their fur, and their meat can also be sought to be served as an exotic delicacy. Some believe that tigers can be used to make traditional Chinese medicines and will pay a high price for their bones in order to do so. However, there is no evidence that tiger bones have any healing properties, and treatments using them ‘are so rare that they are either completely unavailable or completely unaffordable for normal people’. Being able to acquire these medicines is more about a demonstration of status and wealth than needing to cure illness.

Poachers come mostly from outside of Malaysia and set up camps within the tigers’ rainforest habitat, using snares to trap the animals. These barbaric devices trap the tigers with a sharp steel noose that cuts their flesh when they try to pull themselves free. 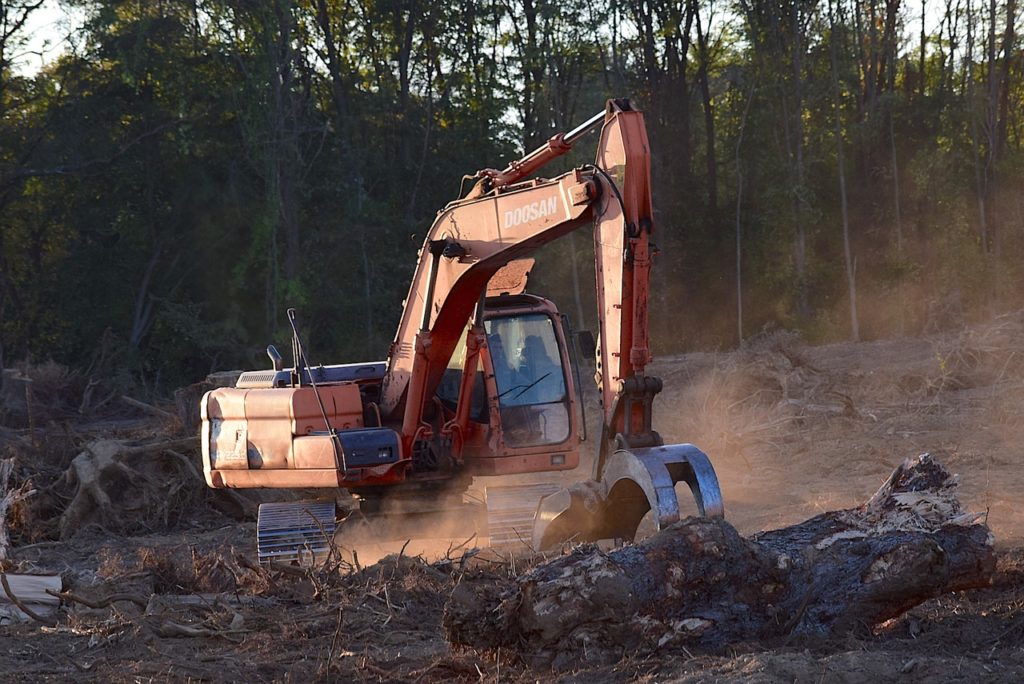 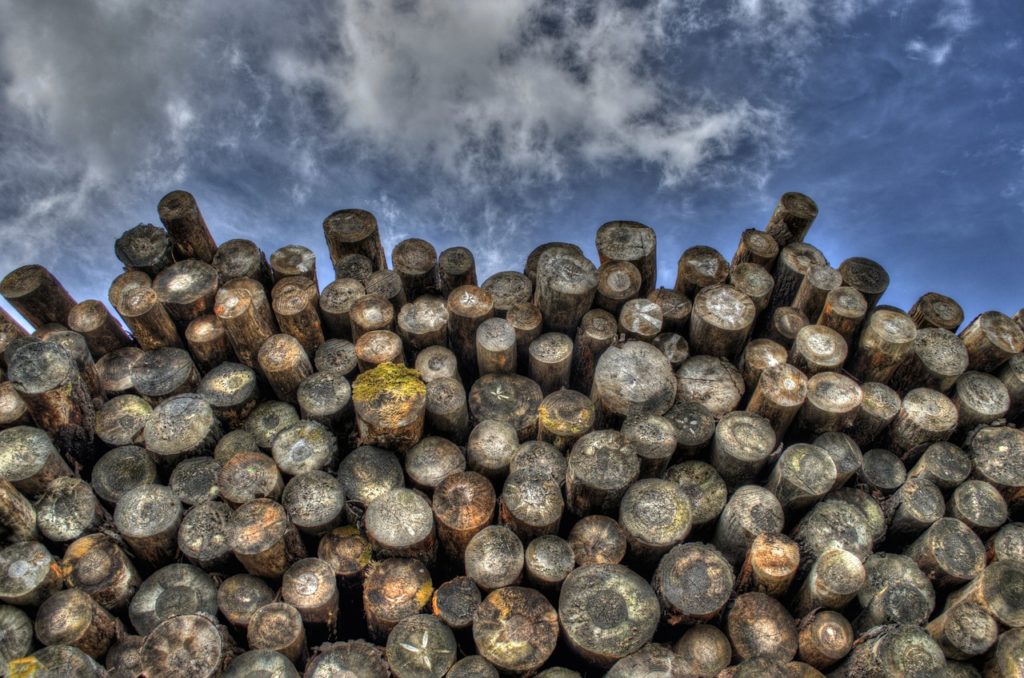 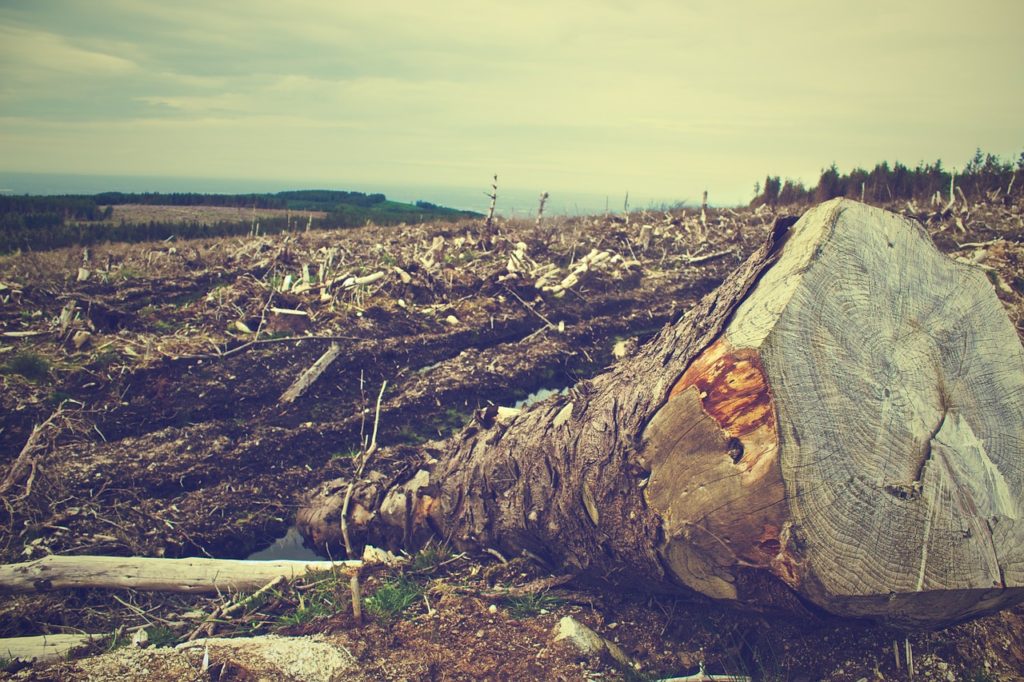 Deforestation, clearing the land for agriculture and plantation use, has not only reduced the habitat size for the tigers but also their prey, making it increasingly difficult for tigers to hunt. And with humans encroaching on the already limited tiger territories, conflict between the two is becoming increasingly common as the big cats are forced to live beside urban areas and can be tempted to attack livestock. 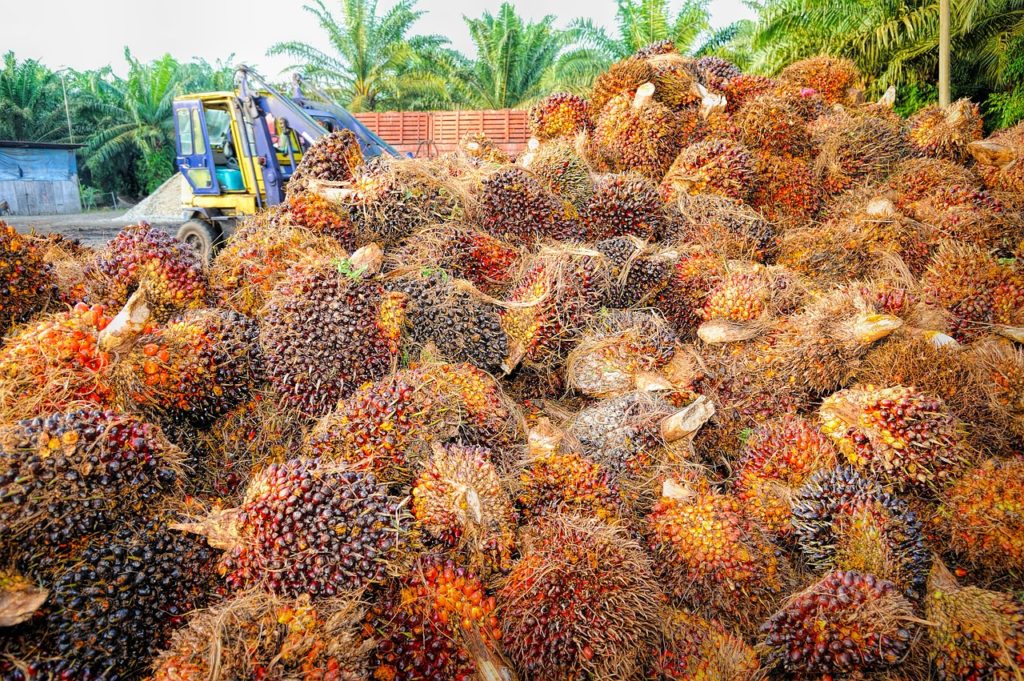 The huge demand for palm oil has resulted in more and more plantations which have been established on former rainforest land, further fragmenting tiger habitats. Palm oil is used in a large proportion of household products and foods, and it is crucial for consumers to choose foods and products made by companies committed to certified sustainable palm oil in order to protect tigers and other wildlife that are losing their habitats to this industry.

The Malaysian government is working to restore Malayan Tiger populations, with hopes to boost their numbers. There are a number of initiatives working towards the protection and conservation of Malayan Tigers, hoping for a rapid turnaround in their declining numbers before it is too late. One of these projects is the Sungai Yu corridor, a strip of land which connects Main Range (20,000 km2) and Greater Taman Negara (4,343 km2), the two largest tiger habitats in Malaysia.

By restoring the ecological corridor between the two protected forests, tigers and other wildlife will be able to move freely between them, expanding their territory and widening their genetic variety. The project involves planting nurseries and expanding the forest to allow more free movement for the wild animals and reduce the risk of tigers coming into contact with humans. This will also help people from local communities as their livestock will be less at risk. 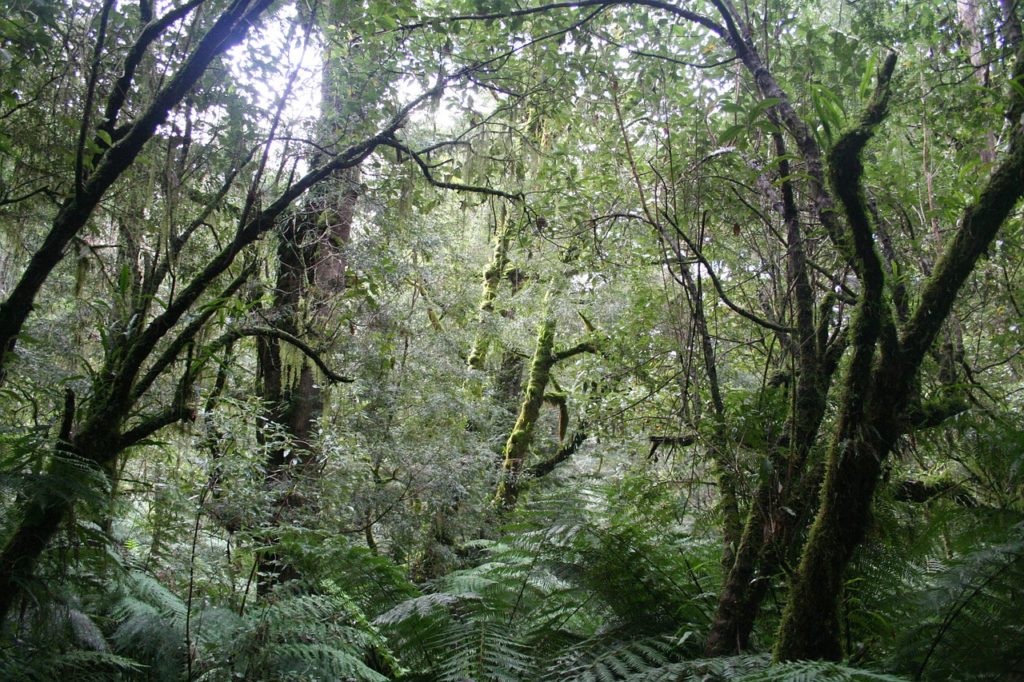 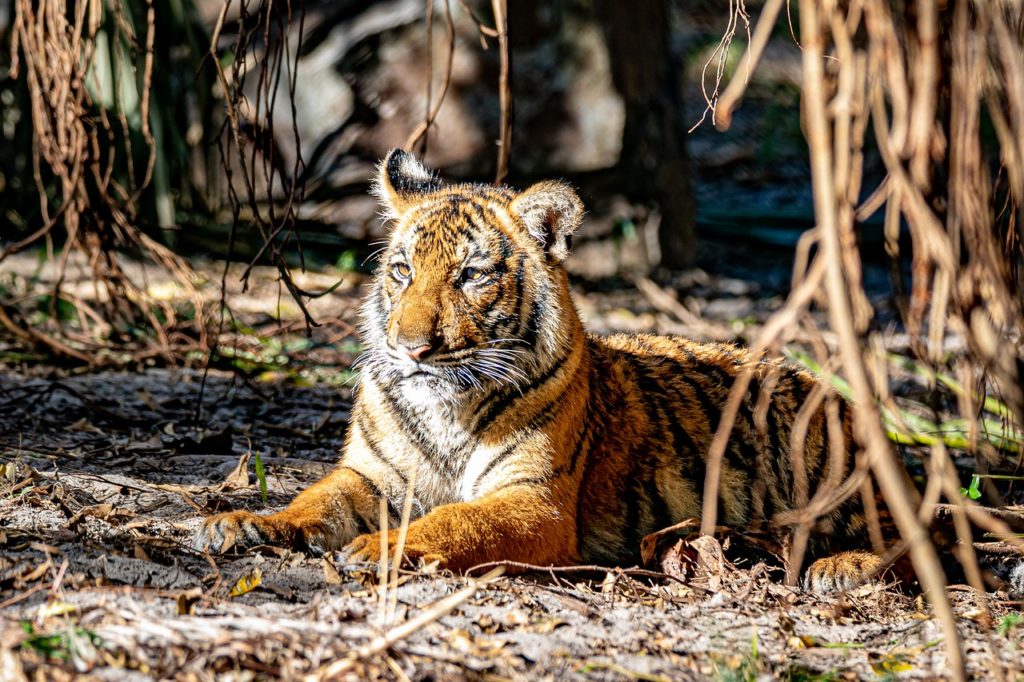 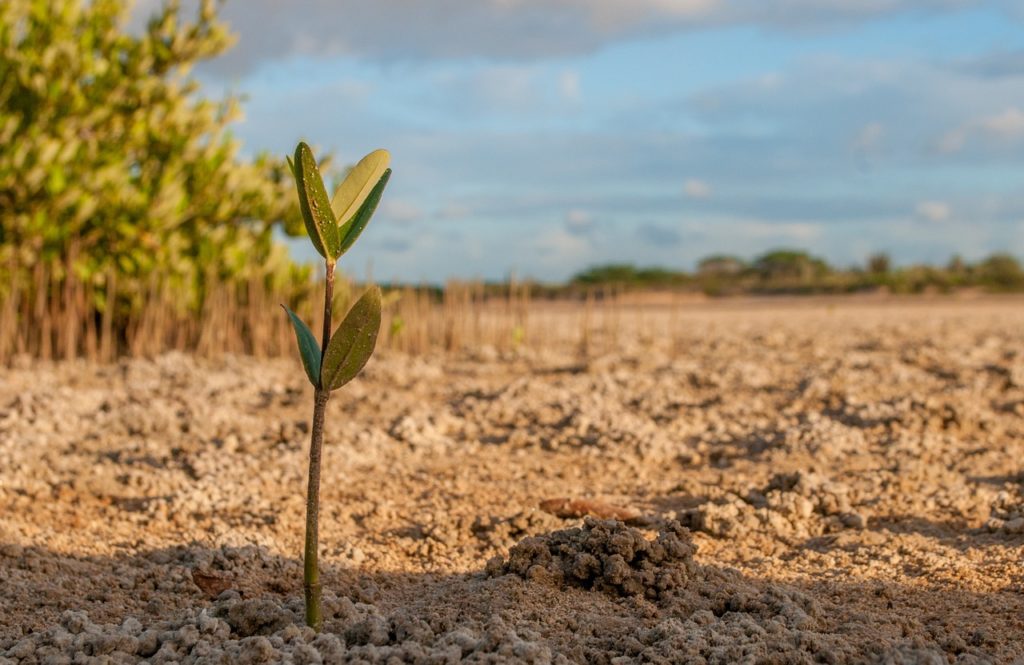 Woodland Park Zoo is also working with The Malaysian Department of Wildlife and National Parks and conservation groups including Rimba and Panthera in order to coordinate conservation efforts so that different bodies can work together and be more effective. This involves collecting data, educating the public, increasing awareness and training staff on anti-poaching methods. Through their combined efforts, these groups have been able to set up patrols to detect poaching camps and apprehend those hunting these beautiful creatures illegally. They also helped establish Kenyir State Park in Malaysia, and are working to expand the park in the future to provide a safe home for more tigers.

How Eco-tourism Can Support Tiger Populations

The Malaysian Conservation Alliance for Tigers (MYCAT) is encouraging travellers to visit the region in order to prevent tiger hunting. Eco-tourism can be hugely beneficial for Malayan Tigers as the presence of visitors during low-impact hikes and photography expeditions can deter poachers. Having more people present to look out for and monitor poacher activity would also help to drive away poachers and illegal loggers.

MYCAT runs a volunteer program that encourages both members of the public and visitors to visit poaching hotspots and look out for suspicious activity. Visitors can watch footage from hidden cameras and help by going into the forest and learning how to disassemble poacher traps. Additionally, ecotourism supports the local economy, helping community members to earn a sustainable income and helping to prevent local people from resorting to poaching in order to feed their families. 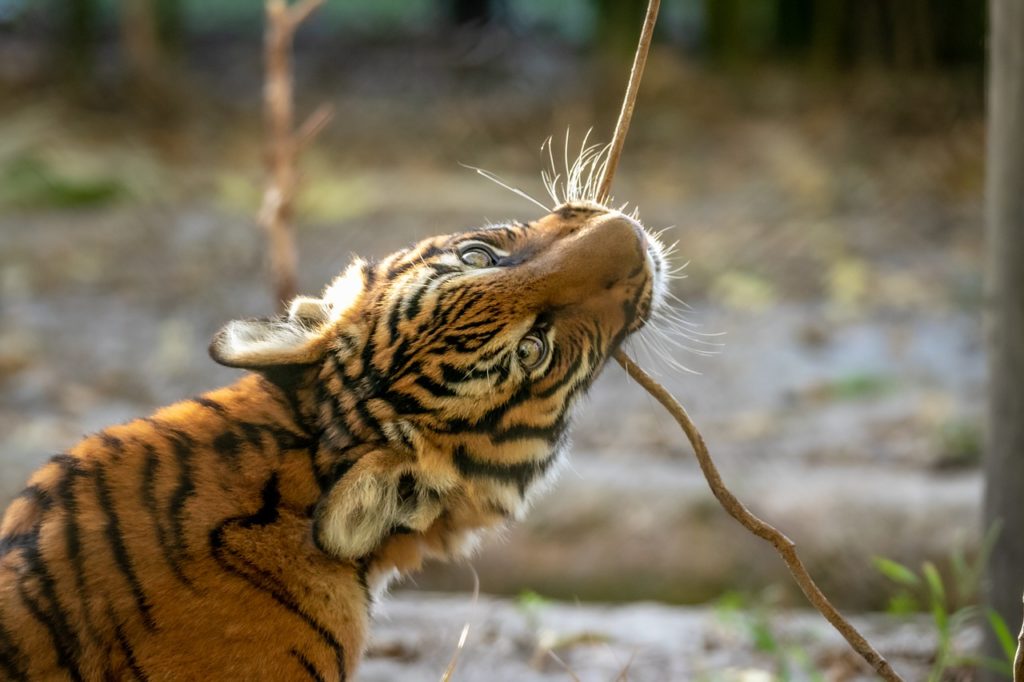 Travellers can also support conservation efforts by visiting planting sites and getting involved in reforestation. By helping to plant trees and restore the verdant indigenous forests, tourists are expanding the habitat for both Malayan Tigers and their prey.

“Three of the original nine subspecies of tigers have already gone extinct, and it would be horrific if we were to lose another one. Malaysia’s national animal has already suffered a severe decline, but ecotourism and conservation efforts offer a chance to support Malayan Tigers, their habitat and the local economy - which will, in turn, help reduce poaching.” 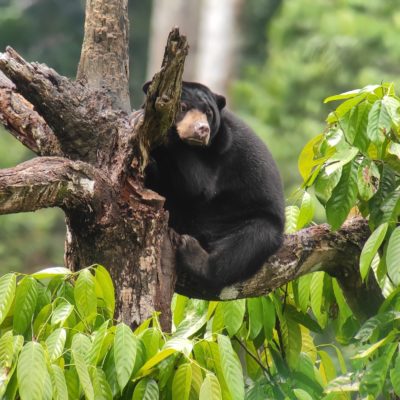 The Natural Wonders of Malaysia