Are Poachers to Blame? Exploring the Complexities of the Illegal Wildlife Trade

You leave before dawn, wrapped up warm as the last of the cold night air lingers as long as it can. Setting out with the guide, the engine starts and you’re away, out from the lodge into the grassland with a flask of coffee in the boot. You watch with each kilometre as the sky begins to fill with light and the sun rises over the horizon – slowly at first, then all at once. There’s a magical feeling that seems almost tangible. You are all alone in such expansive space, joined only by the anticipation of rounding the corner, where a once in a lifetime sighting could be waiting for you; it is peace unlike any other.

Until, all of a sudden your ears are filled with a rumbling sound, a violent intrusion on the tranquillity now lost. You’re never quite sure what a sound means here at first, but your guide is. That faint rumbling sound is not the rustling of trees or the pounding of a distant buffalo stampede, it is something far more lethal. Poachers, speeding on mopeds across the open savannah after spotting a black rhino and jumping the electric fence. Now, where once the air was calm, all there is is panic.

Are Poachers the Villains We Think They Are?

Running parallel to climate change, the illegal act of killing animals protected on private reserves and national parks, either for bushmeat or the extraction and exportation of horns, bones, skin and tusks is the most powerful driver in the current mass extinction crisis. Across much of the world poachers have been vilified, their acts branded as unthinkable, deplorable operations that go against a presumed common moral position. But are poachers the villains we think they are?

Could it be the case that they are stuck within the grips of poverty, desperate for income of any kind, even if that means eradicating their own national wildlife? Or has the practice just become a normalised way of supplementing income, making living more comfortable and improving personal image? Perhaps the price of poached wildlife on the international market, such as rhino horn currently sold at $65,000 per kg, is just too tempting to pass up. To conserve species populations poaching must be tackled. But, as many researchers are finding, such a task is incredibly complex.

Across Southern Africa, poaching ranges from catching live birds or lizards so they may be sold as exotic pets, to tracking a black rhino, sedating it with a tranquiliser gun, sawing off its horn, and “leaving it to wake up and bleed to death very painfully and slowly”. Efforts to conserve and protect endangered species like the rhinos are constantly at odds with the staggering success of poacher’s brutal and bloody techniques. Between 2007 and 2014, in South Africa alone, rhino poaching “increased by a staggering 7,000%, from just 13 animals in 2007 to 1,215 in 2014”.

A study has also found that African elephants are evolving to be tuskless, as only tuckless females live long enough to breed. With current infrastructure in place, it is expected that poaching will only increase, as dwindling species populations can only drive prices higher. Anyone susceptible to pessimism could see these facts as signs of a losing battle, yet a growing number of researchers argue that there are multiple ways of tackling poaching that have a precedent of success. It’s time to explore multidimensional approaches to eradicating poaching, using an awareness of the wider structures in play around these individual acts of violence.

So Where’s the Money Coming From?

Thanks to funding by criminal networks, poaching activity has grown ever more sophisticated. Equipped with drones, GPS, and military-grade weapons to name a few, poachers are able to track both rangers and animals, increasing their success and avoiding retribution as they do it. It has evolved into an illegal business just the same as the drugs or arms trade, and across much of Asia, most highly concentrated in Vietnam and Laos, the illegal wildlife trade is booming. Aided by corrupt officials, politicians, air travel professionals, and diplomats, the market is valued at between $7 and $23 billion per annum.

Arguably, the common Western misconception of the use of rhino horn as an aphrodisiac reduces a complex historical and cultural practice to something jovial. In fact traditional Chinese medicine, “such as Li Shih-chen’s 1597 medical text “Pen Ts’ ao Kang Mu”” states that  “rhino horn has been used in Chinese medicine for more than 2,000 years”, treating everything from cancer to a hangover. However, in recent years these illegal items have also come to have aesthetic value as well. Owning black rhino horn powder, tiger bones, elephant tusks, or leopard skin has become a popular demonstration of wealth and success.

“A vital question arises; Could social attitudes and consumer preferences be changed?”

Evidently, as demand grows the price rockets, making poaching more attractive as people see the economic rewards that can be fetched; this can only lead to the price and poaching activity both intensifying as species populations reach critically low levels and the reality of an end in the supply crystallises. That is, the reality of what has become a complete annihilation of ecosystems across the world.

Therefore, a vital question arises; could social attitudes and consumer preferences be changed? If poachers live in poverty it is understandable that they use the only lucrative avenue open to them to try and aid their economic situation. But in trying to find a solution to the problem, is this belief in the intrinsic link between poverty and poaching correct?

A study of 173 self-confessed poachers living at the edge of Ruaha National Park in Tanzania found that while a lot of poachers are poor, poverty was not the one and only factor in their motivation. It would be easy to justify such destruction in the light of desperation, but the study in Tanzania found many poachers “are not necessarily mired in absolute poverty, but are moderately poor, and seek to supplement and diversify their income sources for upward mobility”.

Interestingly, a significant minority were not objectively poor, but rather saw themselves as poorer than other villagers – it was a subjective judgement of economic inferiority that led them to poach. Of the two-thirds of poachers that lacked employment “only eight percent used poaching as their main source of income”, while nearly 96% claimed they would stop poaching if they received enough income through other means to comfortably meet their needs. Therefore the second question is what level of economic security will bring an end to poaching?

A Complex Problem Has a Complex Solution

Any successful, multidimensional approach that tackles poaching would need to do so on both sides of the market, focusing on the two questions posed above. It would be a mammoth task, but previous efforts show it can be done. In Yemen, a culturally important possession for men from the age of fourteen is the jambiya, a small curved dagger with a handle historically made from rhino horn. Such was the demand for rhino horn in Yemen throughout the 1970 and 80s that by the 1990s, rhino populations were decimated.

Much like the anti-drink driving campaigns in the UK, campaigns to socially stigmatise the gifting of rhino horn jambiyas sought to change social attitudes, as well as educate people on the damage done to precious rhino populations. The campaign successfully challenged tradition as the number of rhino horn imports decreased substantially, providing proof that even the most entrenched social practices can be adapted to help save lives. This poses the possibility that even traditional Chinese medicine, steeped as it is in history and culture, can be malleable when the right pressure is applied.

As for the poachers and their families, while the idea that they are all marred by poverty can be reductive, economic security, or rather success, remains the prime driver. Patrols, rangers, and policing are effective to a degree, but they harm poachers who rely heavily on the activity for income or food. That is why policing and securing the poacher’s economic well-being are vital in the fight to end the practice. Here is where tourism comes in.

In places just like Ruaha National Park all across Eastern and Southern Africa, ethical, community-focused tourism plays a vital role in alleviating communities from economic and food insecurity. Safari lodges that employ from the local community, recirculate profit and work with charitable organisations to bring education, healthcare and awareness of wildlife conservation to local communities are spearheading the effort.

“Safari trips to lodges and reserves that centre themselves in their community have a real chance at helping to alleviate poaching today, and guiding the next generation away from it tomorrow.”

Safari lodges that hire from the community provide stable employment, and their charitable work helps to educate children and raise awareness about conservation. Theoretically, a cycle is created. If children can go to school and learn about wildlife protection then they are more likely to get a job or go to university, and reliance on poaching can be alleviated. Take Malawi as an example, one of the poorest countries in the world; the Tongole Wilderness Lodge’s Tongole Foundation supports four schools that surround the Nkhotakota Wildlife Reserve, with a fifth under construction. 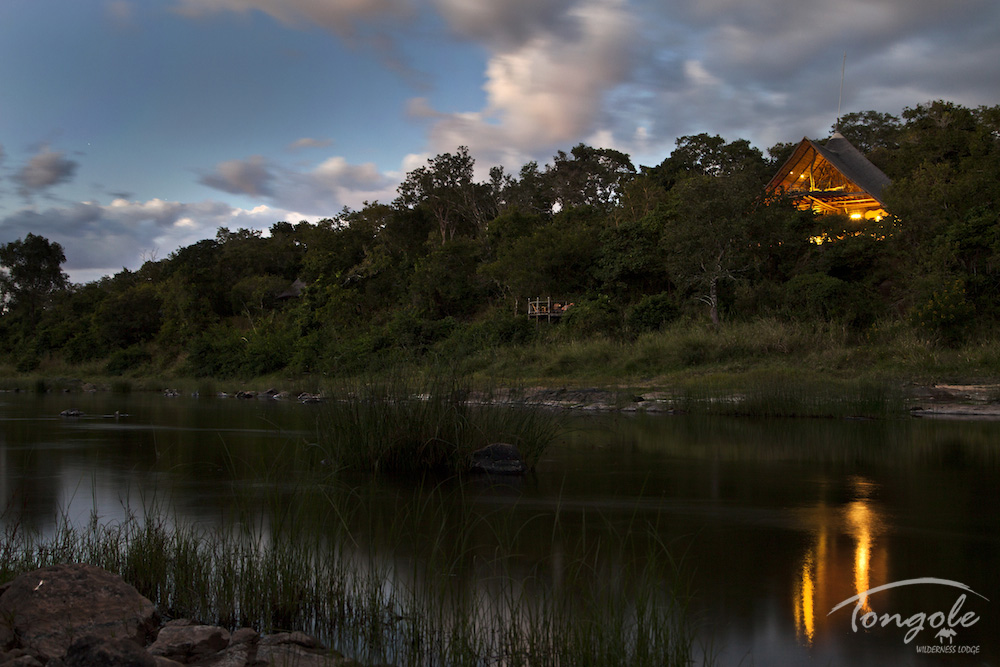 With combined educational and conservation efforts, the foundation works within schools to support the children’s learning, and teach them about the importance of wildlife protection. Along with community gardens that help feed the children and keep them in school, committees have been formed at village level to raise awareness and support of conservation.

During the lodge’s construction over 100 local people were employed, and continue to be employed in the running of it. Tongole Wilderness Lodge is just one of many ethical safari lodges proudly promoted by Pure Breaks. It is through our support and patronage that these safari lodges’ programmes can thrive.

It’s possible to travel to countries like Tanzania, Botswana, or Malawi, and stay in a beautiful lodge that overlooks incredible natural scenery; dining on beautiful food; spotting wildlife and learning about it from a highly educated guide. But be careful to spot who’s missing. Conservation of endangered wildlife means nothing without the inclusion of the surrounding community. Poachers who live in villages and townships that surround reserves and national parks are vilified by conservationists and those who support the cause. They are the ‘other’,  the enemy. But most are merely trying to get by.

Looking to the Future

The practice of poaching goes hand-in-hand with the high demand for illegal wildlife across Asia. You cannot hope to eradicate one without the other, which leaves a long and arduous road ahead for conservationists and their supporters. But it can be done, it is already underway – but support for the cause must range right from village level all the way to governmental pressure.

Out in the grassland many years from now, driving out into the wild at sunrise, it’s very possible that the tranquillity that flows over the dusty ground will not be broken by the violent interruption of moped engines racing across the horizon. I just hope it’s for the right reason, not because there are no more animals left to hunt, but because together we have succeeded in moving society beyond poaching.

“I’ve always been interested in socio-political issues and how they connect to wider, unseen structures within society. Poaching is a heartbreaking example of this; any justification of the practice is not without acknowledgement of the socio-economic structures that surround it. Endangered wildlife are the victim of incredibly complex social influences, and I believe without tackling the latter we have no chance in saving the former. ”