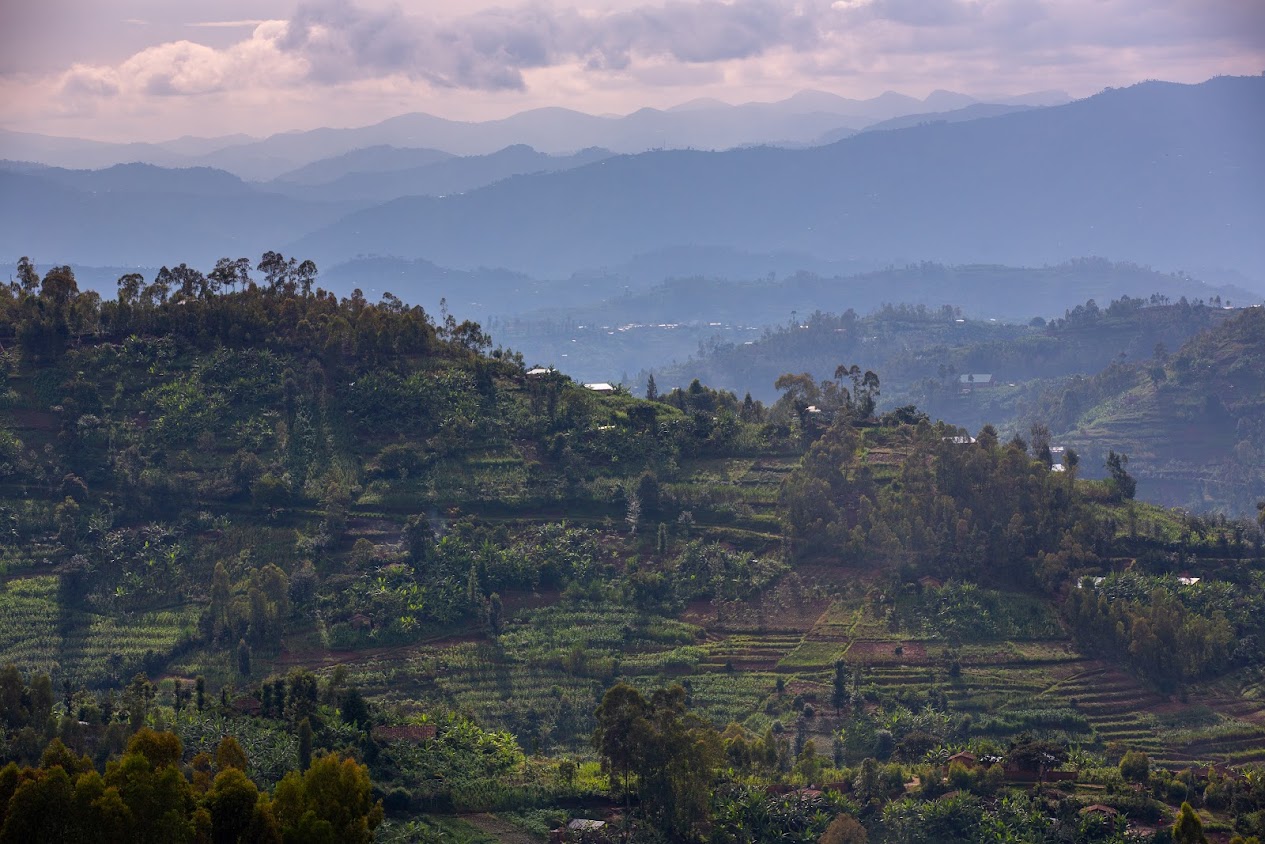 The Dark Tale of Rwanda

Rwanda is a country, like most, with a history intertwined with war, politics, scandals and cultural evolution over the generations. However, the country faced its darkest moments 27 years ago during the harrowing ordeal of the Rwandan genocide. Throughout Rwandan history, divisions between the Hutu and Tutsi people were less focused on cultural origins, rather on social and economic status. This changed during the colonial rule of Rwanda, when western countries took an active role in the forced separation of these groups.

This move by the west created the perfect storm that would break out into civil war and genocide. The sequence of modern events that led to the 1994 genocide are well understood, but to what extent does the history of Rwanda contribute to the massacre? The history of the Tutsi and Hutu groups tell a dark tale of a gradual takeover of power and bloody rebellion.

The land we know as modern day Rwanda has been populated as far back as the neolithic age, potentially longer. Out of all the early settlers, the first to settle were hunter-gatherers (pygmies) who later became known as the Twa. Between the 7th – 10th centuries a new wave of immigrants, the Hutu, arrived from central Africa. They brought with them new agricultural knowledge and farming techniques. The final big wave of migration to Rwanda came between the 14th – 15th century with the arrival of the Tutsi, a pastoral people who specialised in cattle.

The early years of Rwanda were a time of fluid population movement, intermarriage and cooperation between the different peoples until very little distinguished them from their origins. They shared languages, cultural practices and religion however, they kept their distinctive production practices first introduced by their ancestors. Daily life slowly began to change and the smaller Tutsi groups started to monopolise their positions to take power and control of the land.

The Kingdom of Rwanda and Colonial Rule

By the 16th century Rwanda had integrated numerous small chiefdoms together to form a centralised kingdom. A Mwani (king) became head of the state and a hierarchical system (ubuhake) was formed with Tutsi in higher positions of power and a Hutu labour force. Over the following 200 years, the kingdom of Rwanda expanded its territories until the borders started to resemble the modern day country we see today. Unfortunately, the course of the country would be drastically altered in 1884-85 from powers far in the west.

The Berlin Conference in 1884-85 decided (without any input from the Rwandan people) to incorporate the kingdom of Rwanda into the German Empire and the first Europeans to set foot in the country came in the early 1890s. Under German indirect rule, the Hutu and the Tutsi faced little social reorganisation and internal discontent soon began to grow. The general population, primarily of Hutu descent, directed their anger towards the Tutsi nobility benefiting from colonial rule rather than the German overseers.

Post World War One, Rwanda was handed over to the Belgian Empire, a decision that would have disastrous consequences for the Rwandan people. The Belgians were more directly involved in the running of this oversea colony and brought in policies to indoctrinate the next generation.

The Belgians pushed a segregation policy that permanently turned Hutu and Tutsi identities into a racial distinction. Previously, people’s identities could interchange depending on their social status and economic position, but with the enforcement of fixed categorisation the population were now born as either one or the other.

With the increased privileges, education and reinforcement that the Tutsi were better people than the Hutu, racial tensions were reaching a boiling point. 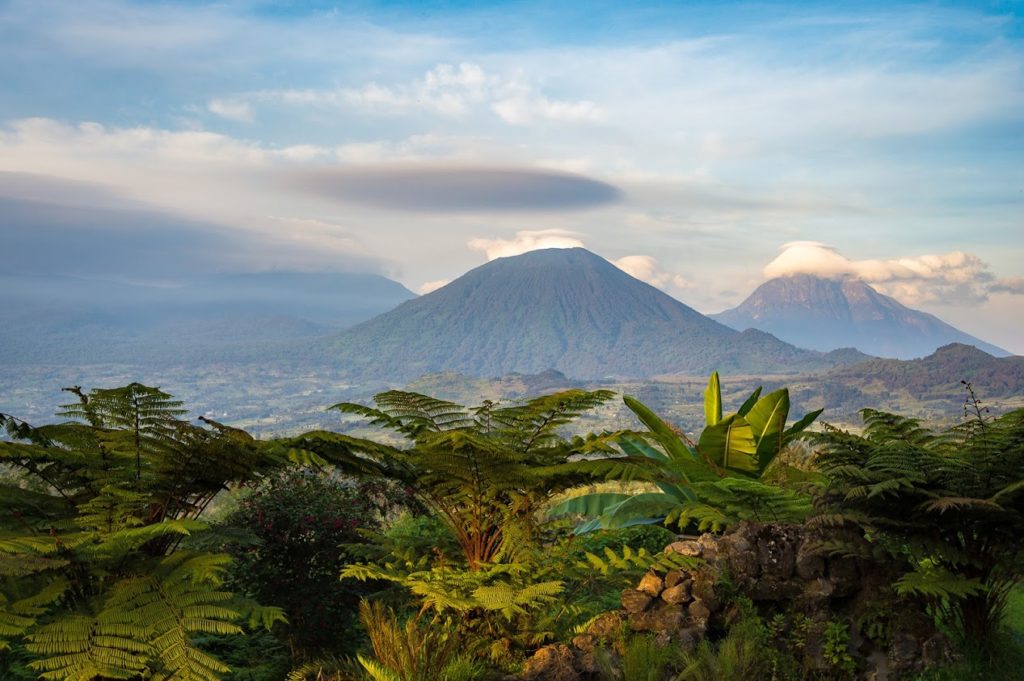 By the late 1950s, political reforms had been introduced in compliance with a UN mandate but the Hutu people had few rights and were still viewed as inferior to the Tutsi. The revolution spark was finally ignited in 1959 as the Hutu rose up against the Tutsi in a bloody rebellion. It is estimated roughly 200 Tutsi were killed and around 150,000 displaced as they fled the violence. By 1961 it was clear Tutsi rule was at an end, whilst racial struggles were still increasing. In 1962 Rwanda officially declared its independence from Belgium and Hutu leader Gregoire Kayibanda was sworn in as the first president.

The tumultuous years following the election of President Kayibanda would see racial tensions peak and result in one of the worst human tragedies in history.

As an independent nation, Rwanda had been handed the opportunity to evolve into a unified state but ingrained divisions between the Hutu and the Tutsi formed from Belgian colonial rule made change impossible. In 1963 between 10,000 – 20,000 Tutsi were killed in response to attacks on Hutu by exiled Tutsi radicals. The massacre led more Tutsi to flee across the border into neighbouring countries Uganda and Tanzania, as racial divisions worsened.

A coup by the Hutu army chief of staff Juvénal Habyarimana in 1973 spelled a new authoritarian, single-party rule to Rwanda and distinctions between the Hutu and Tutsi became ethnic, rather than the racial classifications of colonial rule. It was during the 1980s under Habyarimana rule that Rwanda was hit with economic troubles due to corruption, plummeting coffee prices and pressures from refugees discriminated against in other countries who wished to return.

In a country divided by ethnicity and politics, a new underground military organisation was formed in Uganda by Tutsi exiles aiming to reform the Rwandan government. The Rwandan Patriotic Front invaded Rwanda from Uganda in 1990 with further tragic results. Thousands more lost their lives to internal massacres and rebel forces or were displaced due to the violence. The open chasm between the Hutu and the Tutsi was now so extraordinarily deep that any hope of healing the wounds inflicted by years of conflict seemed impossible.

A ceasefire was eventually negotiated and peace enforced with the UN stepping in and peacekeeping forces deployed. These measures would all be in vain as the following year would witness one of the worst genocides in history.

On the 6th April 1994 a plane carrying the presidents of Rwanda and Burundi was shot down over Kigali. It was believed at the time Hutu extremists were behind the attack and a wave of fury and ethnic attacks broke out across Rwanda. All regions of Rwanda were affected by the genocide as militant Hutu groups and armed civilians rooted out and slaughtered any Tutsi they could lay their hands on. Millions more, Tutsi and Hutu alike, fled the country across the border to the Democratic Republic of the Congo rather than face the unending massacres at home.

The genocide finally came to an end after the Rwandan Patriotic Front took control and the country set about bringing to justice the instigators and participants of the genocide. The vast number of ordinary people believed to have taken part is a heart-breaking reminder of the sheer scale of the genocide. The numerous perpetrators of the genocide made conducting trials very difficult for the new Rwandan government and by the early 2000’s, tens of thousands of prisoners were still awaiting trial. In 2001 a new justice system was introduced called Gacaca, where community elected judges could take control of the backlog of cases still waiting for review.

Over the course of the 100 day genocide, at least a million lives were lost in the mass killings that followed the plane crash and at least a quarter of a million women were raped.

Life for ordinary Rwandan people has improved politically, socially and economically in the years following the genocide with a decrease in poverty levels, increase in gender equality and political reforms to combat corruption. The victims of the genocide are remembered by the nation and at the Kigali Genocide Memorial, a place where all are respected and where over 250,000 genocide victims are laid to rest.

The Wall of Names and the Garden of Reflection are an opportunity for all to come together and reflect upon the events leading to the genocide. They are a place for everyone, regardless of race or ethnicity to gather, learn and understand about our responsibility to never again allow ourselves to be divided by discrimination.

Historical tensions between the different ethnic groups prior to colonial occupation had existed as the Hutu were ruled over by Tutsi aristocracy. Ultimately it was the colonial rule of the early 20th century that had the lasting impression on the disintegration of Rwandan society. It was under Belgian occupation that emphasis on racial segregation took place between the two tribes, inflaming tensions already building to a point where civil war was inevitable.

Rwanda and her people still faces challenges ahead in the aftermath of the genocide. Ethnic tensions engrained through years of oppression and violent outbursts will not go away overnight and the country has done a remarkable job of facing difficulties head on. The genocide is a horrific reminder of what a divided society is capable of, and serves in history as a warning never to let our differences end in death.