If you mention Thailand to anyone, it is more than likely that they will think of Bangkok. With its vibrant streets and frenetic nightlife, visiting the capital is definitely an amazing experience, but it is just one of many places throughout the country which will leave you with memories to last a lifetime. And what better place to make these memories than in the countryside, amongst breathtaking displays of nature and away from the hustle and bustle of the big cities.

The Kingdom of Thailand is home to some of the most stunning natural vistas to be found anywhere in Asia. The 50th largest country in the world in terms of land size, Thailand is host to a diverse array of land types: from the mountainous highlands of the north, to the fertile basin of the central heartland and the dense tropical forests of the west. Often referred to as “The Rice Basket of the World”, exploring Thailand is a truly unique experience which will leave you speechless at every turn.

One of the greatest examples of the country’s natural beauty is Ob Luang National Park. Situated in the northwest of the country in Chiang Mai Province, Ob Luang is one of more than a hundred national parks which cover the country. The highlight of the 210 square kilometre park is the spectacular mountain canyon which cuts its way through the heart of the park. Carved out of the hard rock for millenia by the powerful Mae Chaem River, the steep limestone cliffs are truly a sight to behold.

The best way to enjoy this view is by standing atop the iconic canyon bridge. Reached by clambering up quaint plank stairs which hug the lush tree-topped hills of the park, this bridge offers a breathtaking view of the river below where intrepid kayakers battle the currents. It also watches over the extensive tropical forests which cover the park and are home to bears, monkeys and deer alike.

After crossing the bridge, you will be greeted by an intriguing sign entitled ‘The Land of Prehistoric Human’, a gentle reminder of the area’s prehistoric history. Jewelry and tools found in this area have been carbon dated to tens of thousands of years ago, with some classic examples of ancient cave art still to be found amongst the park’s many caves and hills today.

Prehistoric paintings and man-made etchings are not the only wonders to be discovered in the depths of the numerous caves which dot the country. Kaew Komol was discovered in 1993 by a mining engineer excavating caves in Thailand’s westernmost province, Mae Hong Son. A routine workday soon turned into something much more eventful as the labourer happened upon walls of glittering ivory-white crystal calcite. A few years later the cave was been made into an official part of the Tham Kaew Komol National Park.

The cave is divided into five awe-inspiring chambers, replete with stalagmites and stalactites and peppered with popcorn calcite and ruddy aragonite. The geological characteristics of this cave are so rare that only a small number of similar sites exist in the world. It doesn’t matter if you’re a bold spelunker or just a curious traveller, the natural beauty of this ancient cave is a sight you do not want to miss.

For those of you who like their natural vistas a bit less enclosed, the vast Cheow Lan Lake is the place to be. Located in Khao Sok National Park amidst the lush splendour of an ancient rainforest, this lake is one of the most beautiful bodies of water to be found anywhere in Asia. The natural beauty of the area is almost beyond comprehension as grand limestone karsts jut up from the seabed, piercing the emerald water and guiding a host of traveller-laden long-tail boats around the lake, whilst wild elephants and Malayan sun bears traipse through the surrounding vegetation.

As the sun sets and the night gathers after a long day kayaking and hiking through the ancient rainforest with its countless caves and waterfalls, why not treat yourself to a well-deserved rest at one of the floating lake houses Anurak Community Lodge or Our Jungle Camp which line the waters edge and nestled deep within Khao Sok jungle undergrowth. 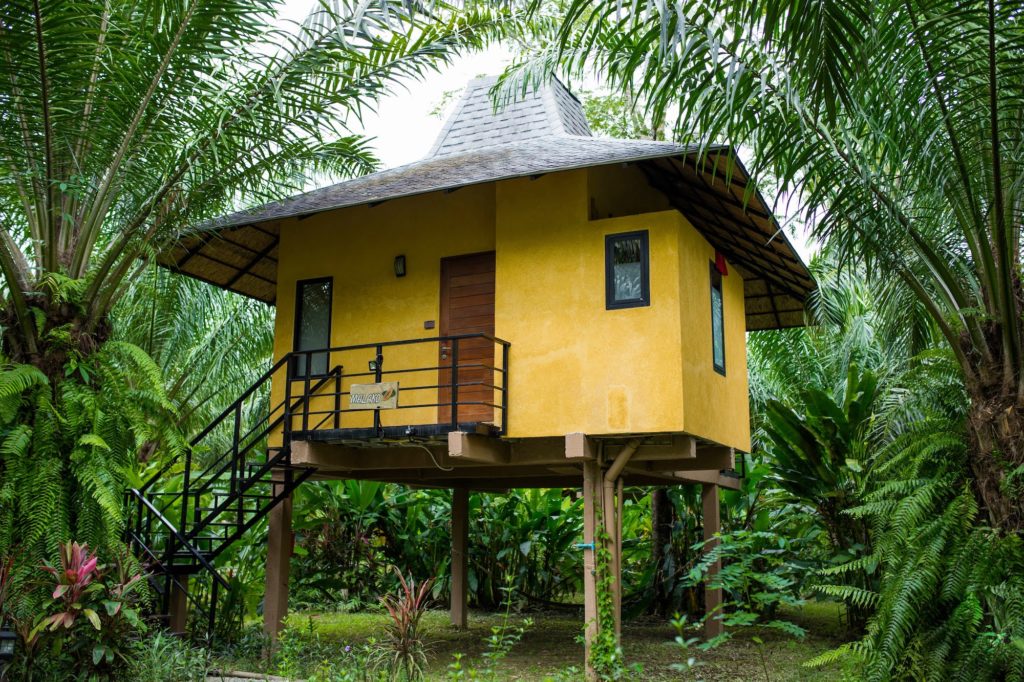 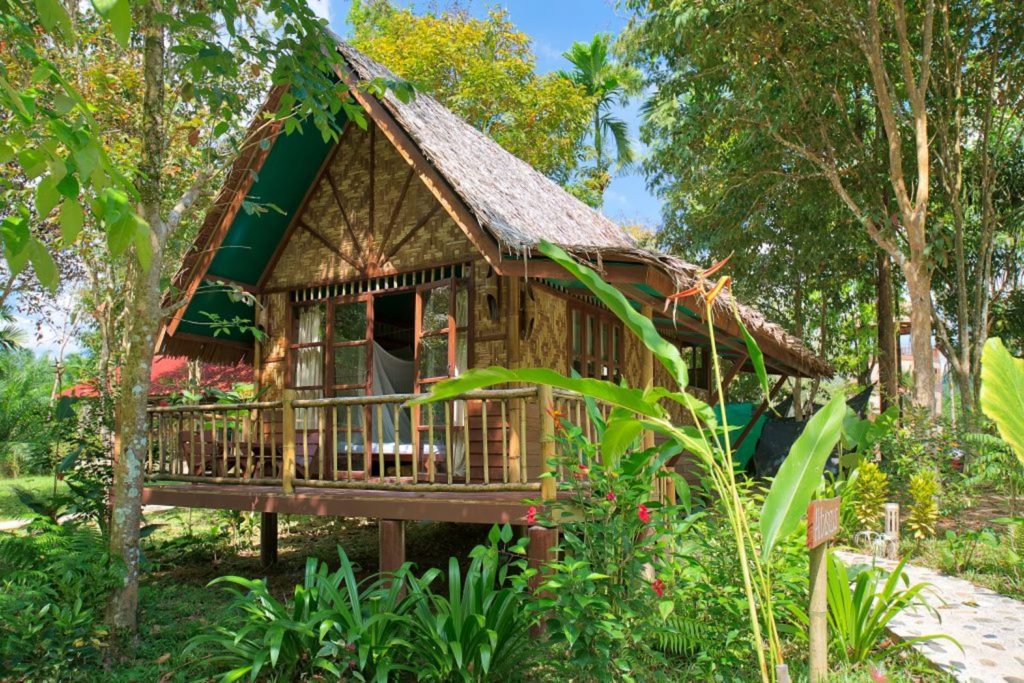 This is nature at its purest and an experience you do not want to miss.

Crowning the mountain of Doi Suthep, 1,073 metres above the lush forests and rolling hills below, is the Theravada Bhuddist temple of Wat Phra That Doi Suthep. The temple is reached by climbing a 306-step staircase flanked on both sides by a fearsome naga balustrade – the revered serpents of Hindu and Bhuddist mythology.

The higher you get, the more breathtaking the views become, culminating in the golden domes and majestic white elephant statue of the holy temple complex. The temple was founded centuries ago in 1383 by King Nu Naone of the medieval Lanna Kingdom, after he placed a holy relic believed to be a part of the Buddha’s shoulder bone on the back of a white elephant and let it loose in the jungle. Legend states that the elephant clambered up Doi Suthep, blared his trunk three times and then died on the spot. The king saw this unfortunate event as a propitious indication as to where to build his next temple, thus Wat Phra That Doi Suthep was born.

The temple is one of the finest examples of Lanna architecture still standing today, with its emotive murals, auspicious temple bells and resplendent golden Chedi monument. However, if you are looking to enjoy these marvels, remember to dress respectfully as the temple is still a holy site full of devout worshippers.

Rounding out this list is yet another of Thailand’s stunning caves. Located in Mae Hong Son Province much like its crystalline counterpart discussed earlier in the list, Tham Pla Cave is famous for a different kind of beauty. Its name literally translates as Fish Cave, a monkier which stems from the freshwater pool beside the cave which houses a number of carp-like fish revered by locals as being possessions of the gods. This sacred status protects the fish from any potential poaching and ensures visitors a quaint sight before entering the cave proper.

Before climbing the seven-headed naga lined steps and reaching the cave, you will need your wits about you as bands of cheeky macaques wander the area darting from branch to branch and dashing along the stone paths, lending the site its alternative name the ‘Monkey Temple’. The staggering natural rock formations inside the cave are perfectly contrasted with the orange robed Buddhas, statues depicting the Bhuddist version of Hell and the faltering lights of incense sticks scattered amongst votive offerings.

Thailand’s Diamonds in the Rough

Hopefully, this list will give you a cursory overview of the options available to travellers willing to eschew the comforts of the big cities and venture into the lush jungles and rolling hills of rural Thailand. As thriving and exciting as the big cities are, sometimes the best way to experience a country is when you leave the beaten track and throw yourself into the heart of nature.

“Before researching this article, I wasn’t aware of the sheer number of natural attractions Thailand has to offer on top of the bustling nightlife and street markets of its big cities. In compiling this list I have merely scratched the surface of a country brimming with natural beauty, but hopefully it can give you a headstart in uncovering some of Thailand’s countless diamonds in the rough.” 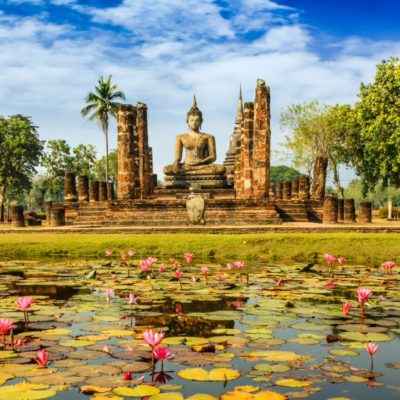 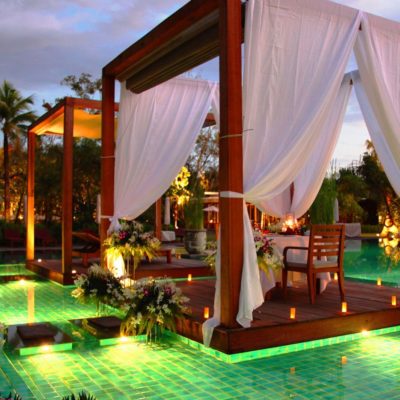 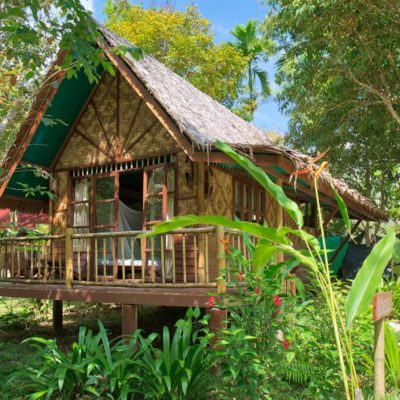