The Indigenous History of the Caribbean

Think of the Caribbean today and you picture white sandy beaches dotted with swaying palm trees, encircled by turquoise waters. The region is renowned for its idyllic holidays and so it should be. To take the Dominican Republic as an example, six million tourists visit its shores every year to soak up the sun and savour the tropical climate, making it the most-visited of all Caribbean islands.

Many flock to its historic cities like Santo Domingo, with its centuries-old architecture lining the sixteen cobbled streets of the ‘Colonial Zone’. The city is the cultural, economic and political capital of the Dominican Republic, but it didn’t exist before 1496 when it was formed by the Spanish invaders. So what of the history, culture, and art that predates European colonialism?

All across the Caribbean, there are thousands of years worth of societal development, craftsmanship, language and cuisine that goes unheard of, overshadowed by the footprints of those who stamped it out. Today it is widely agreed that ethical tourism needs to actively recognise indigenous communities and the so-called ‘alternative histories’ of historically imperialised countries. In the case of the Dominican Republic and much of the Greater Antilles it is the history of the Taíno people, originating in Venezuela and settling in Hispaniola (modern-day Haiti and the Dominican Republic), Puerto Rico, Cuba, southern Florida, Jamaica, and many other islands, in around 400 B.C.

For many hundreds of years, Taínos lived and thrived off the land, self-sufficiently gathering food and developing a shifting agricultural technique to keep their land fertile. They harvested yucca, maize, boniato (sweet potatoes), foraged wild plants and hunted for fish and meat, developing advanced hunting methods as the centuries passed. Traditional Taíno settlements ranged in size from small family compounds to organised villages of more than 3000 people. Living in circular houses built from logs, topped with thatched roofs, the Taíno society was structured and well organised, based upon a class system not unrecognisable to our own.

Groups of the nitainos, or nobility, would debate and vote on community affairs, led by the power of the hereditary chiefs, while most were naborias (commoners) who worked the land, overseen by the nitainos. Their language and dialects belong to the Arawakan group, the family of languages developed in South and Central America, a lot of which are extinct today. Across Hispaniola, the island was divided into five chiefdoms, each led by a cacique (chief), to whom tribute was paid. While the Taíno language can be linked to those across South and Central America, it is widely agreed that the population developed their own distinct culture.

At the centre of the settlements stood a plaza of sorts, a meeting ground where activities, festivals and public ceremonies took place. Taíno men participated in a game called Batey, where 10-30 men, with women occasionally playing, would play against one another to keep the Batey – a ball made from a rubbery material – off the ground. The game was so integral that it was sometimes used instead of warfare to resolve conflicts that had arisen between neighbouring tribes. Taíno women were highly skilled in agriculture, and were greatly relied upon for it. They were also integral as the society was based around a matrilineal process, whereby male power was handed down through the female line.

Rock paintings, pottery and carved images in wood, shell and bone remain as remnants of this rich and varied society, which at the time of the first Spanish arrival is thought to have had a population two million strong – though this is hotly debated. It is also widely recognised by post-colonial scholars that Taíno society had reached a truly accomplished level of societal development and practice, evident in the diaries of those who came across them. Entries from Christopher Columbus’ diary tell of the generosity with which he was first received, being treated as a guest, provided with gifts, and welcomed into their settlements.

This kindness on the part of the Taíno population meant the Spanish and the indigenous community coexisted peacefully for a short while, but it was not to last. Soon enough, Columbus’ exclamation that “they do not carry arms or know of them… They would be good servants” would come to fruition. Taíno men were taken from their villages and forced to work in gold mines and on plantations, which meant that they could not hunt and fish. “Those left behind refused to plant crops, in an effort to starve-out the Spanish who depended on the Taínos for food”.

Many Taíno women were coerced into marrying Spanish men, to the extent that not two decades after they had first set foot on Caribbean shores, “40% of the Spanish men had Taíno wives”. Those who were removed from their homes perished in fighting the Spanish, and if they did not die at war, they died at home from starvation and European diseases Taínos had no immunity for. Within five short decades the Taíno population of the Greater Antilles had been decimated, and with it their language, art and folklore.

For many years Taíno’s were thought to be just another once-thriving population lost to the violence of European expansionism, but a powerful resurgence has occurred. In 1998 the United Confederation of Taíno People was formed, an organisation working to educate, recognise and fight for Taíno people. While their existence has not been recognised by any Caribbean government to date, an incredible growth in self-identification is ongoing, due in great part to the work of Juan C. Martínez Cruzado, a biologist at the University of Puerto Rico.

In 2003, Martinez took a random sample of the Puerto Rican population and found an incredible 61.1% had Taíno DNA. This sparked a powerful Taíno resurgence, and while many islands are seeing a similar occurrence, “Puerto Rico has witnessed the largest indigenous reawakening”. In the 2010 Puerto Rican census there was a 49% rise in the number of people identifying as ‘American Indian or Alaskan Native’, the only option for indigenous self-identification. Additionally, the history of the Taíno people is now being taught in Puerto Rican schools.

In the Dominican Republic, isolated communities remain, speaking in dialects, carrying on the traditions of Taíno architecture, hunting and fishing – with small settlements located on the edge of Los Haitises National Park. Haiti and the Dominican Republic have become the first countries to build Taíno museums, showcasing the history and culture of the society, and educating visitors about those who have long been redacted from Caribbean history.

What can Tourists do in the Caribbean?

Ethical tourism is not about discounting all other histories for that of the indigenous one, it is about reframing constructed histories that have and continue to present colonialism as an act of saviourism. Christopher Columbus did not discover the Caribbean, he turned up on the shores of what was already a thriving society. So when you travel around the Caribbean, sightseeing and island hopping, enjoying all the region has to offer, remember those who have been forgotten.

Recognise the native lives lost in the shadows of the buildings that make up Santo Domingo’s ‘Colonial Zone’, support indigenous-run businesses and visit their museums. Most importantly, allow your understanding of this beautiful region and its history to evolve. Christopher Columbus, and the Spanish who arrived shortly after him, may have been history-defining explorers, but they were also exploiters. With the wonderful resurgence in Taíno identity across the Greater Antilles, indigenous history is becoming more and more accessible, and it is our responsibility as visitors to dive into it.

The Caribbean will forever be synonymous with sun, sand, and sea; what we must do in travelling there is endeavour to recognise all the footprints set in the sand before ours, most vitally those who have all but been erased.

“Writing this article was simultaneously fascinating and heartbreaking, uncovering that which I had previously not been taught of the lost cultures that make up Caribbean history. The hope in the indigenous reawakening that is occurring is paired with those communities’ need for your support and engagement, to enjoy all that Taíno life offers and help raise awareness of their ongoing work!” 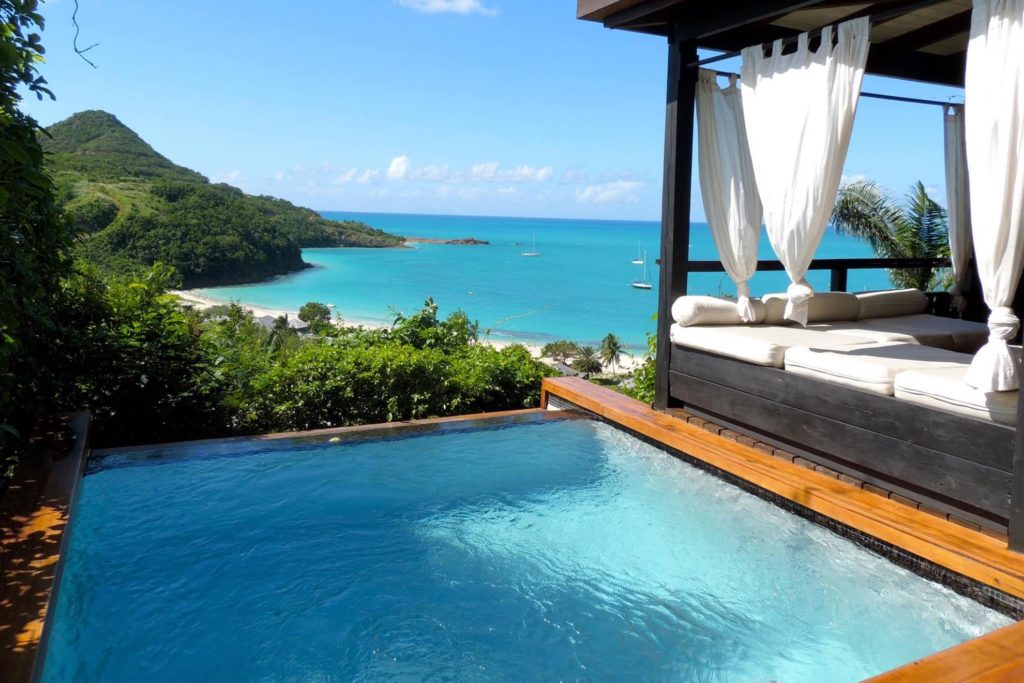 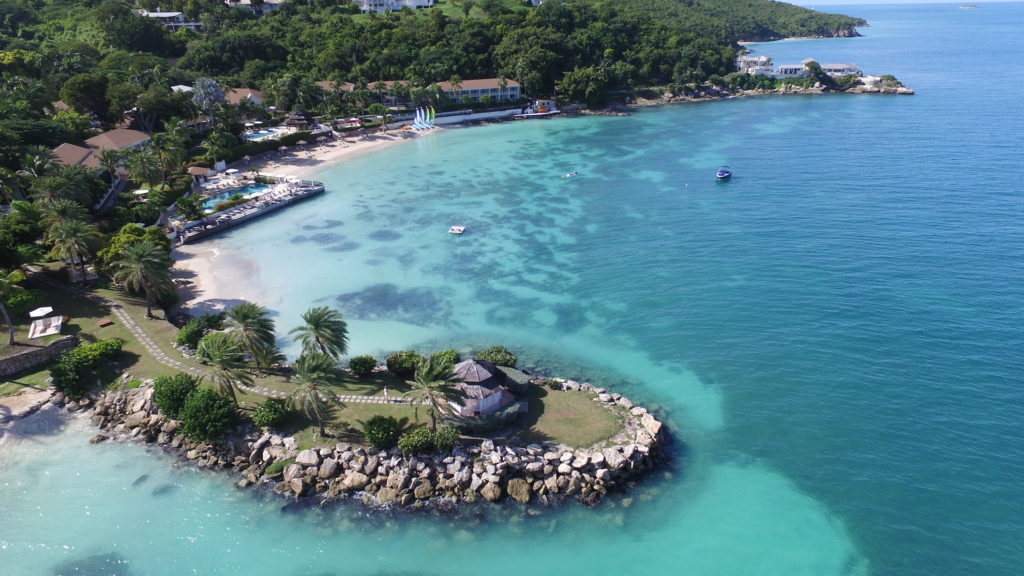