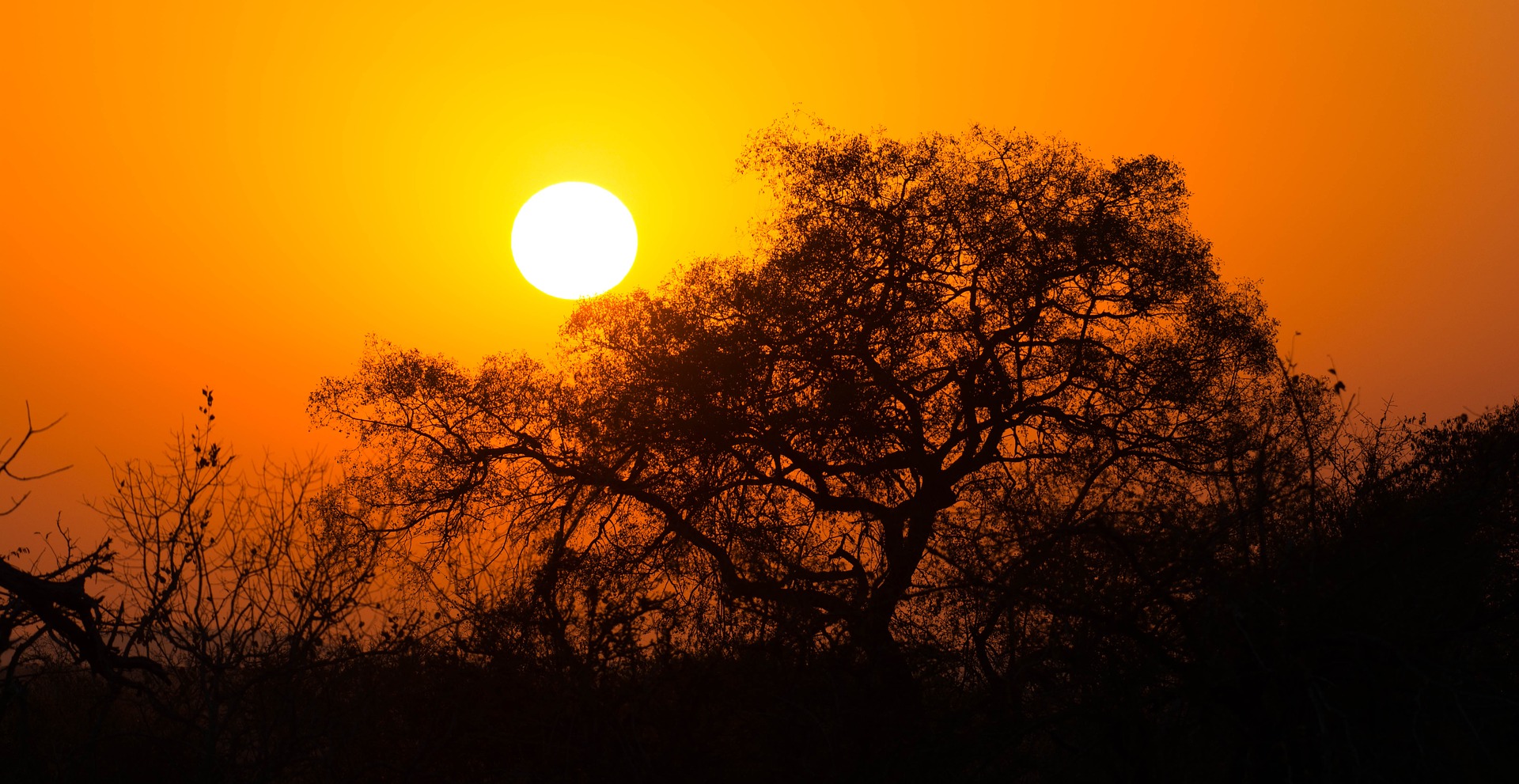 In 1884, Paul Kruger – President of the Transvaal Republic – suggested the ‘revolutionary’ idea of protecting the animals found in the Lowveld region in South Africa. It took 12 years before eventually the Sabie Game Reserve was created in 1898 and the wild animals inside gained a small level of protection. During the First World War and the postwar era, the reserve suffered many hardships, with high levels of poaching and low numbers of rangers and wardens.

Finally, in 1926 the Kruger National Park was established, becoming Africa’s first national park. Showcasing South Africa at its most wild, Kruger is the largest national park in South Africa and the seventh largest national park in the whole of Africa, covering an area of almost 20,000 kilometres², which is just smaller than Belgium. Many of the surrounding privately owned reserves have joined forces with Kruger to create the Greater Kruger National Park such as the Timbavati Private Nature Reserve, Sabi Sands Game Reserve, Thornybush Private Game Reserve and the Klaserie Private Nature Reserve. This has resulted in the creation of one of the most spectacularly biodiverse areas in South Africa.

Responsible travel is the key to Kruger’s modern successes, with travellers being able to stay in luxury while making a positive impact and leaving a small carbon footprint. Initiatives which come from responsible tourism such as anti-poaching units and conservation programmes are not the only benefit, with wildlife based tourism creating jobs and generating income for members of the local communities. 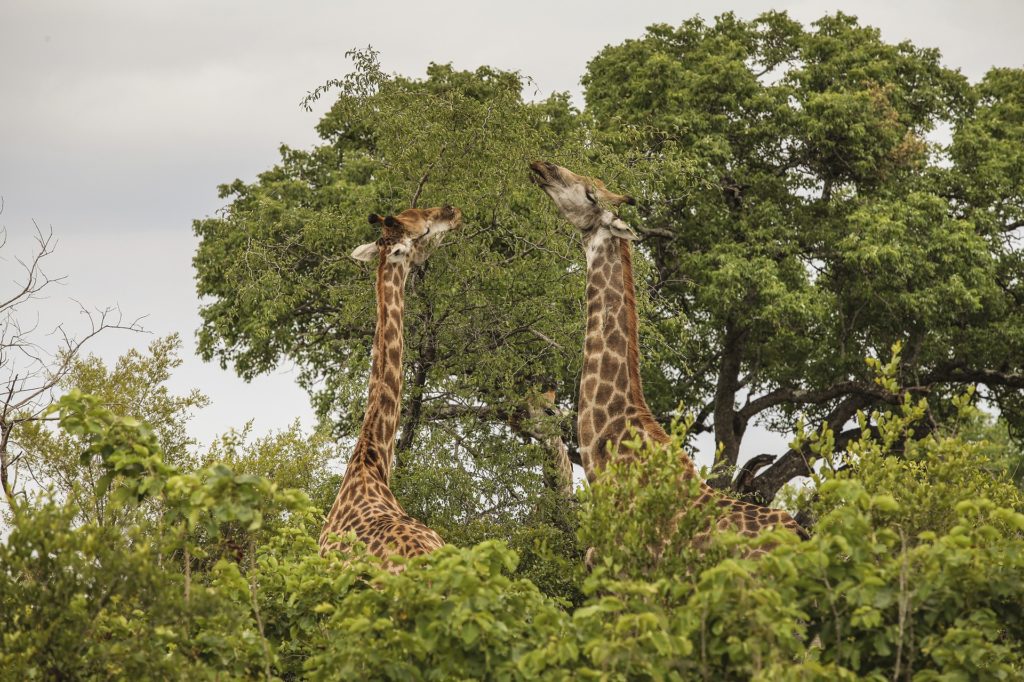 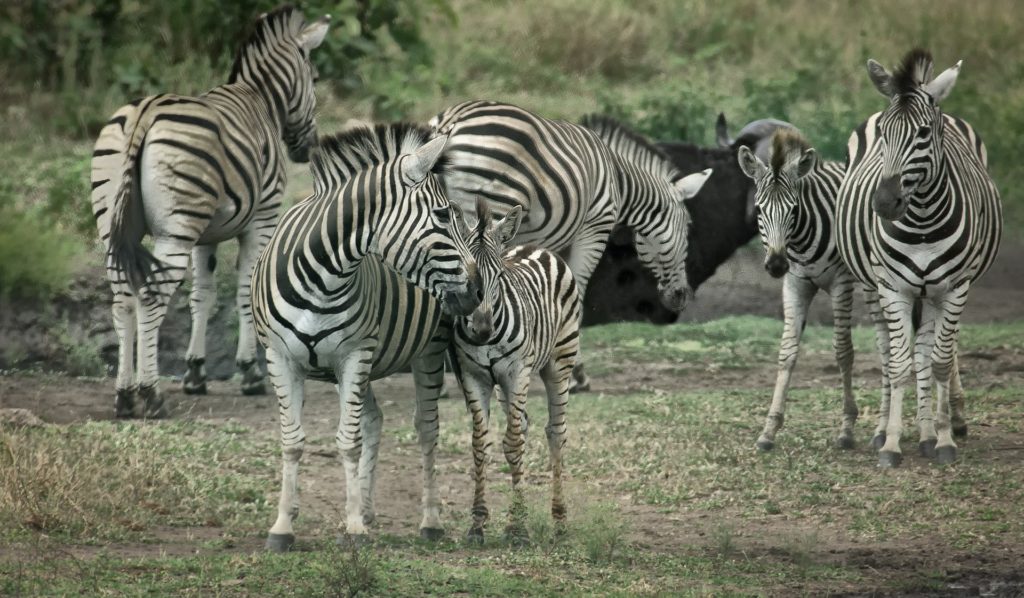 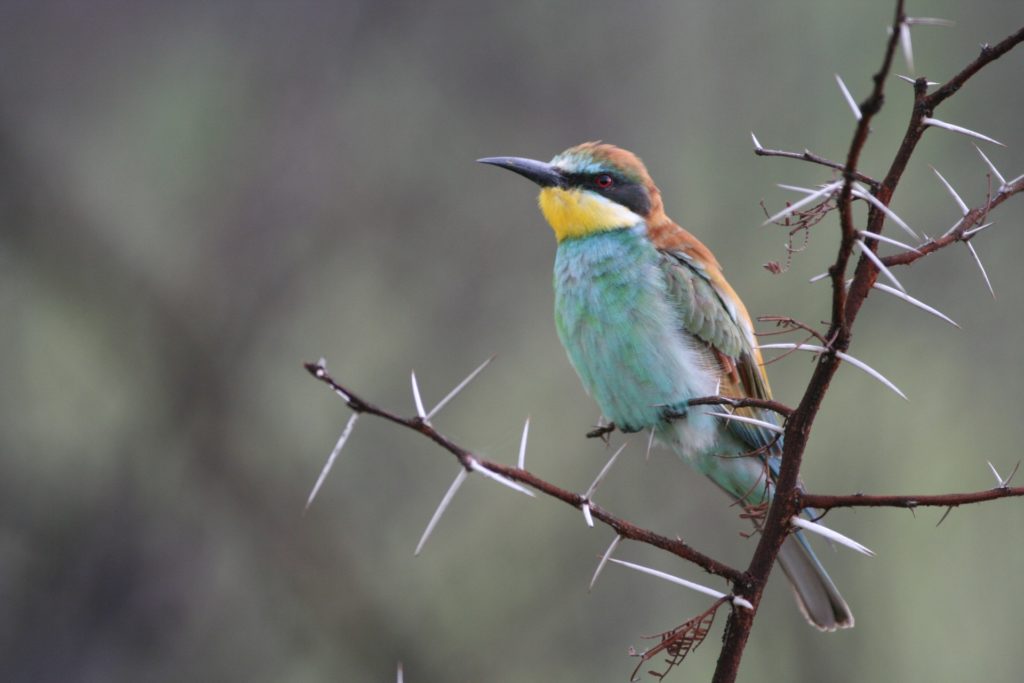 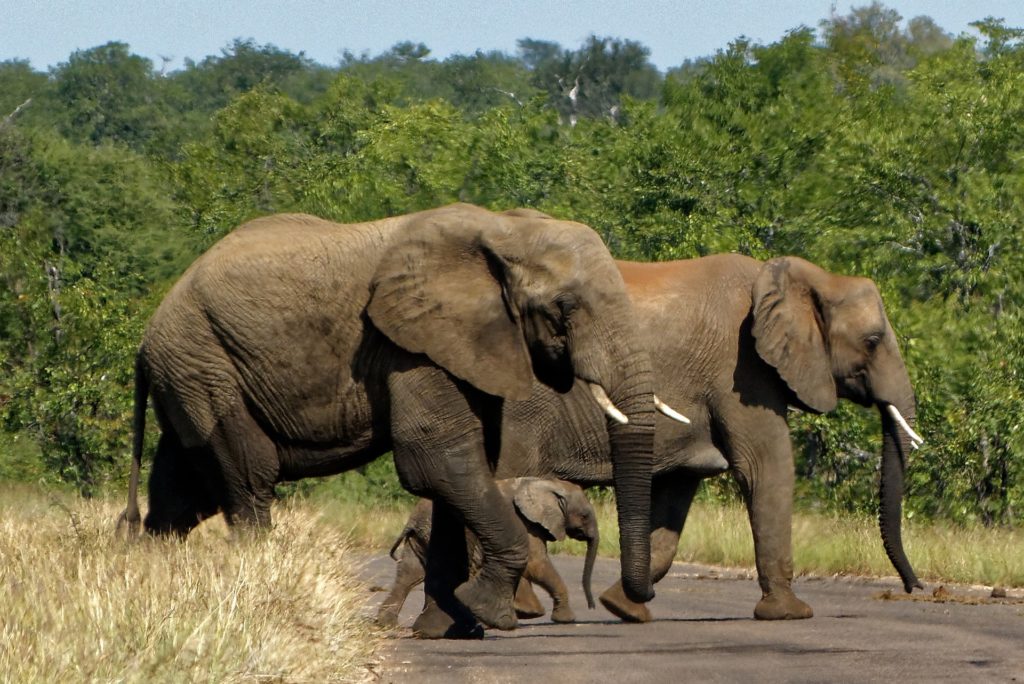 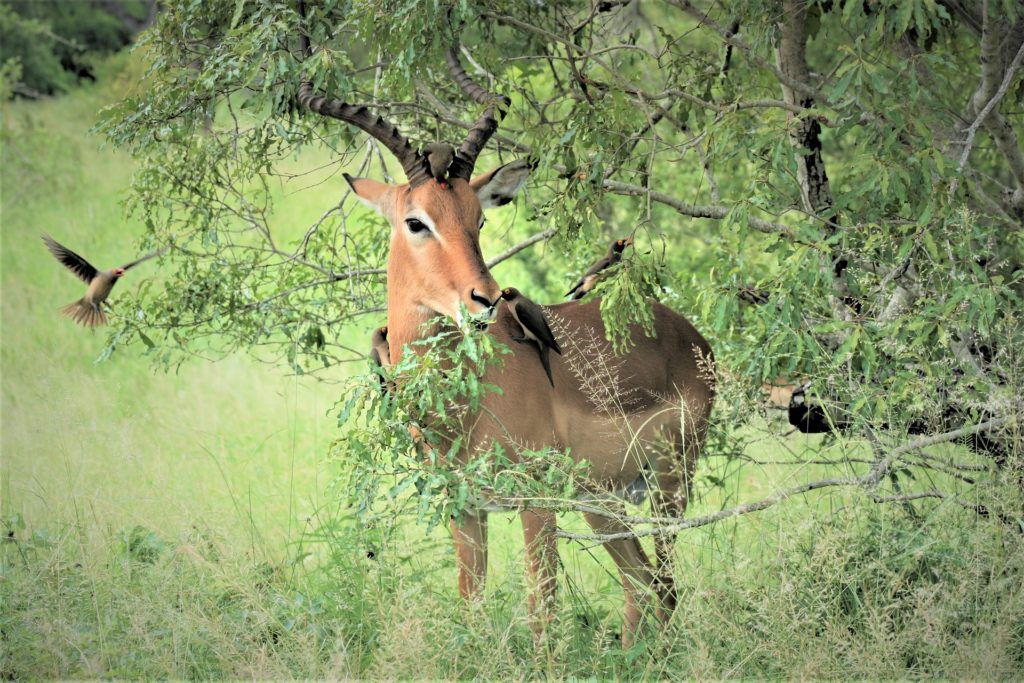 The Wildlife In Kruger

Kruger National Park has been forward thinking from the very beginning. The first park warden of the Sabie Game Reserve, James Stevenson-Hamilton, vehemently disapproved of the roads being tarred as he foresaw that people would drive faster, leading to more accidents and animal deaths. This passion for the protection of native species has always been evident, however, implementing initiatives and upholding the park’s rules has faced constant adversity, with low levels of funding and few staff – especially in the early days of the park. Even in the past decade, Kruger National Park has faced difficulties and losses, such as the number of rhinos having dropped 70%.

The diversity of wildlife which inhabits Kruger is astounding, with approximately 147 mammal species and over 500 species of bird. Visitors to Kruger National Park are likely to see herds of wandering elephants, lions skulking through the grasses looking for their next prey, hippopotamuses lounging in the shallow waters with cheeky red-billed oxpeckers chirping away on their backs, a lone giraffe reaching up to a high branch to munch on the luscious leaves, a dazzle of zebras grabbing a drink at a wateringhole, or antelopes galloping in the distance.

The presence of lions, leopards, elephants, buffalo, and rhinos means the Big Five can be found in this park, which is a traditional and popularly sought bucket list safari experience. The removal of the fences between Kruger and its surrounding reserves from 1993 to 2010 has promoted the free movement of wildlife, and helped to maintain the natural biodiversity of the Greater Kruger.

Not just animals reside within Kruger. It is also home to a wealth of prehistoric sites which are mind-bogglingly old. There is evidence that prehistoric man roamed in this very area between 50,000 and 100,000 years ago, and artefacts of iron age civilisations as well as San Bushmen have been found. There are over 200 sites of rock paintings made by San Bushmen, and more are being found constantly. The park is filled with history which deserves to be preserved, just like the wildlife. The paintings give historians and archeologists vital information on how these ancient people lived, and importantly – how they viewed the land of the Kruger National Park. 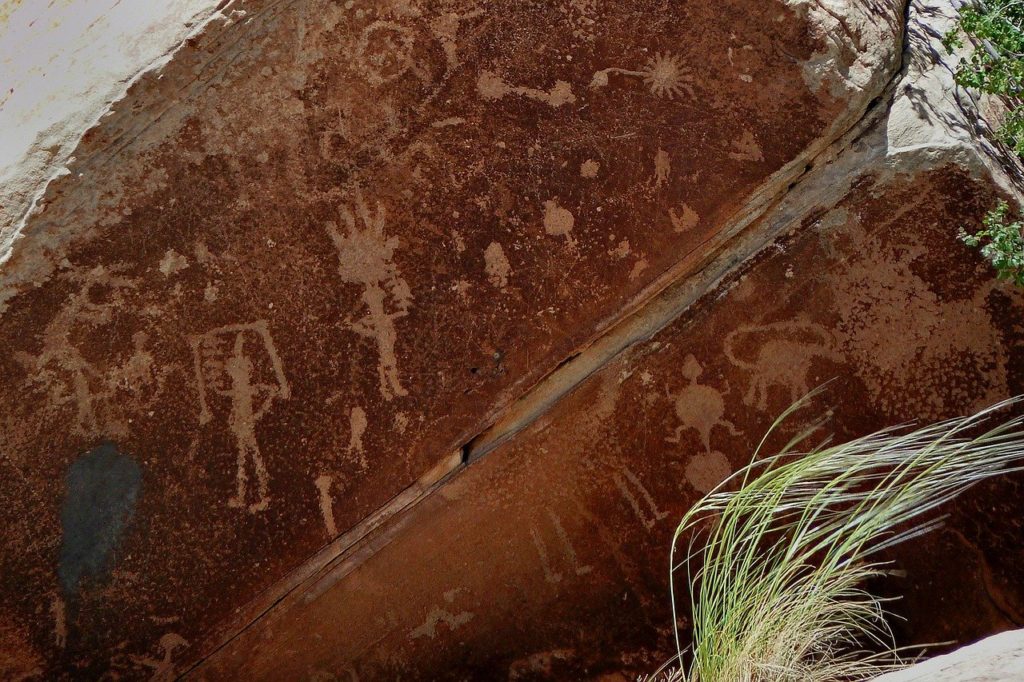 As well as the protection of priceless historic artefacts, the biodiversity of Greater Kruger is essential to safeguard, especially in the modern day. Biodiversity has long stretching impacts as it helps to maintain complex eco-systems and processes. There is ample research which suggests that the outbreak of diseases can be linked to the degradation of nature. The destruction of ecosystems means vital links become missing in the food chains and animals are forced into new places where there is no natural immunity to the germs they may carry.

In the private game and nature reserves that surround Kruger there are luxury and unique safari experiences to be found. With many of the conservation efforts receiving money from these lodges and responsible tourism, guests can travel here safe in the knowledge that they are helping to protect and preserve the breathtaking nature and wildlife which they will see on their trip. Lodges such as Royal Malewane make a beneficial impact in the Greater Kruger area. Guests who travel here will be surrounded by splendour and understated opulence, staying in luxurious suites which are spacious and elegantly decorated.

Dinners created by talented and professional chefs can be enjoyed in the heart of the bush, and a unique private experience is available in the form of the Farmhouse – which comes with its own set of staff who will happily cater to guests’ every need. Royal Malewane is a founding member of the Greater Kruger Environmental Protection Foundation, which is an anti-poaching initiative established to protect the rhino population of Kruger. This foundation works to prevent poaching and protect wildlife, helping also to develop communities and create jobs to ‘prevent the lure of poaching as a means of income and status.’

Londolozi Private Game Reserve also has their own conservation initiatives which works to re-establish the historical migratory routes. Travellers visiting Londolozi can choose to stay in one of 5 exclusive lodges, all of which are modern and stylish. Guests here are encouraged to reconnect with nature, with a healing house and specialised yoga decking, as well as explore the surrounding bushveld on a thrilling game drive or enchanting guided walk.

Luxury experiences and the raw wild nature pair together at Londolozi to create an unforgettable adventure. Londolozi are co-signatories of the Greater Limpopo Transfrontier Conservation Area, which includes the vast Greater Kruger Area, and works to ‘employ conservation as a land-use option to the benefit of local people’ as well as restoring migratory routes for wild animals.

The Importance of Responsible Travel

Currently, out of almost 300 protected areas in Africa, 90% are underfunded. When there is no funding anti-poaching units cannot operate, wardens cannot be employed, rules cannot be enforced, and poaching levels rise drastically as a result. The protection of the species inside the Greater Kruger – both plant species and animal species – are vital for life on earth. Responsible travel is one of the best ways to experience the wonders of Kruger for yourself while helping to support and protect the diverse and incredible animals which call it home.

“Kruger National Park has been a great interest of mine, and researching the history behind the park only solidified why we need to protect it. Responsible travel is highly important as it allows travellers to see the breathtaking diversity while making a positive impact.” 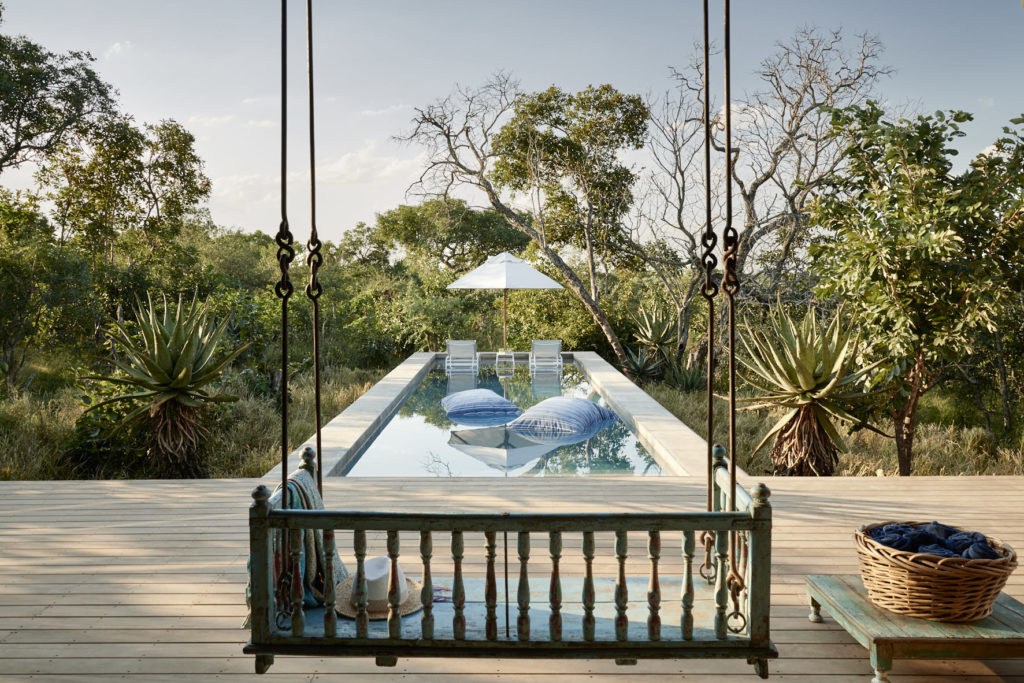 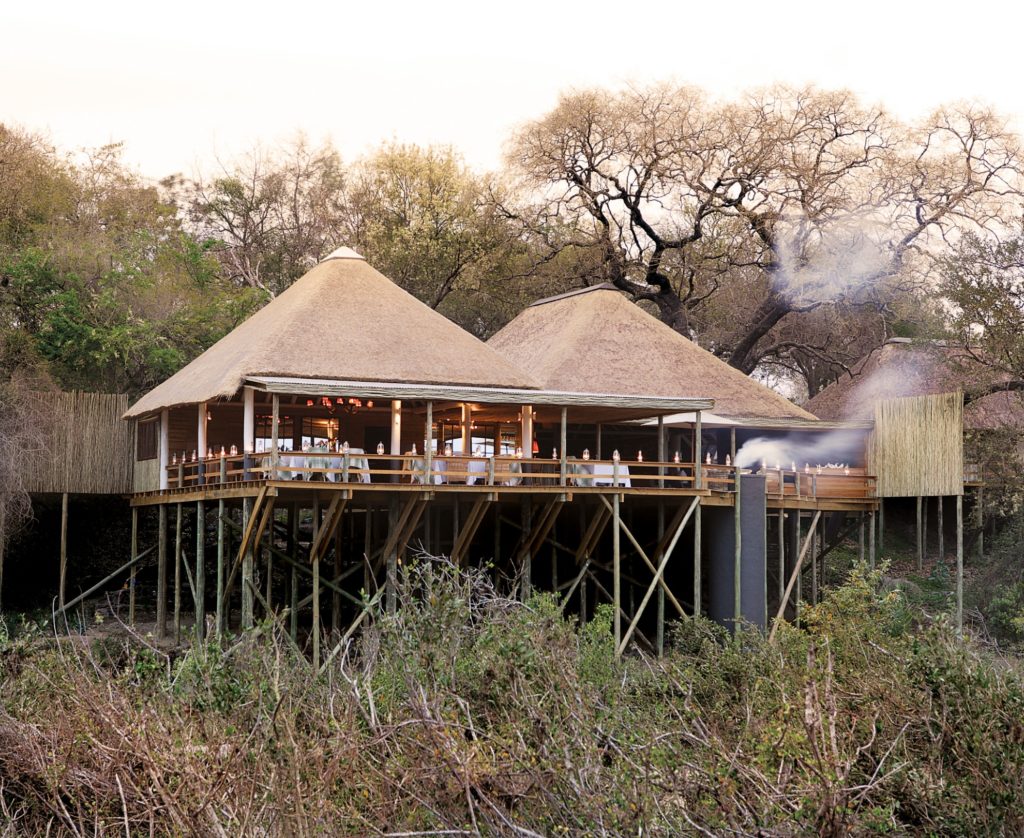