The Unexplored Cultural Impact of Hinduism in Seychelles

Ask any visitor what they picture when conjuring images of the popular island country of Seychelles and most will visualise beautiful sandy beaches, lush vegetation and the bright blue waters of the Indian Ocean. Seychelles not only boasts a rich tropical landscape but also a beautiful blend of cultures and faiths that come together as one to celebrate what makes them whole.

Multi-faith communities exist in harmony across Seychelles, each bringing their own unique cultural pieces that fit into the wider encapsulated picture of Seychelles. Hinduism is practiced by roughly 2% of the county’s population, making it second to Roman Catholicism. The origins of Hinduism to Seychelles and the festivals now widely celebrated amongst devotees and international visitors are told in blood, slavery and the power of community spirit.

History and Hinduism in Seychelles

The young nation of Seychelles was first settled by the French in 1770 and plantations were established, worked by slaves brought over by the French. The islands passed into the hands of the British in 1814 and continued to flourish under British rule with a growing population and economic benefits from the production of coconut, crops, sugar cane and cotton. The nation’s economy took a hit after the abolition of slavery in 1833 and Seychelles finally gained independence in 1976.

During the colonial rule of the Seychelles islands, Indians were brought over as slaves and indentured servants, called ‘coolies’. Those that decided to stay on the islands kept their faith strong, intermarried with other Seychelles residents, and before long a flourishing Hindu community was established. Back in 1901, out of the total population of 19,237 people, there were 322 Hindu families living in Seychelles. As of the Population and Housing census in 2010, this number grew to over 2,150.

Hinduism is now the second largest religion in Seychelles and as such required a dedicated place of worship. In the early 1990’s, Seychelles Hindu community experienced a landmark occasion when the first, and only, Hindu temple was built.

The outer temple structure is covered with intricate deity statues in a rainbow of colours and is a significant part of Hindu iconography. Within the temple inner sanctum (known as the garbha griha) an icon of Lord Vinayagar sits within a small bare room and the garbha griha is crowned on the exterior by the striking tower (shikhara), standing roughly 30 meters high into the sky. Outside the inner sanctum is the prayer hall or mandapa (sometimes spelled mandapam) where religious ceremonies, festivals and other public occasions are held.

Other deities celebrated within the temple include Lord Murugan worshiped as the Hindu god of war, Lord Nadarajah who is Lord of Dance, Goddess Durga who represents the mother goddess Devi and is famous for defeating the demonic buffalo Mahishasura, Sreenivasa Perumal, Bhairawa (Bhairava) who is renowned as a fearsome deity within Hinduism and Chandikeswarar whom many believe to be the record keeper of visitors to the temple.

The Arul Mihu Navasakthi Vinayagar Temple has surpassed its role as a simple place of worship and has become the beating heart of Hindu festivals and tourism celebrated in Victoria. The unique architecture of the temple has allowed the site to open up and become a major tourist attraction for visitors to Seychelles in its own right. Visitors from all over the world travel to the temple and marvel at the explosion of colours and deities that stand honoured on the exterior walls.

The temple also acts as the focal point for the nationally and internationally recognised Thaipoosam Kavadi festival. The Thaipoosam Kavadi festival celebrations began in Seychelles in 1993 and has since gained enormous popularity, causing the government to declare it a national holiday for Hindus in 1998. The festival is dedicated to the warrior god Lord Murugan, with followers of Lord Murugan pledging a physical burden (Kavadi) as penance for their sins as they pray for blessings and good luck.

Yellow and orange clothing is worn for the festival as the traditional colours of Lord Murugan. The Kavadi, carried by men, is usually an elaborate frame balanced using skewers and hooks pierced through the body in different locations such as the cheeks, arms and back. Women taking part in the festival carry small pots of milk through the procession before offering them up to anoint Lord Murugan when they arrive back at the temple. After final prayers in the outer courtyard a vegetarian meal is served for devotees, members of the public and tourists visiting the temple.

For the international visitors of the festival, be astounded at the physical pain devotees carry with pride as they process through the streets of Victoria dancing to the traditional music and cheered by locals. The festival as an occasion of celebration can be experienced by anyone of any faith whilst still retaining its religious significance for the Hindu population.

Whilst the Hindu community is considered a minority group within Seychelles, it has had a huge impact on the landscape of the islands and the tourist market. Hinduism is an important ingredient in the melting pot of Seychellois culture and the Arul Mihu Navasakthi Vinayagar Temple alongside the Thaipoosam Kavadi festival and others have opened up this component of culture to a wider global audience. Tourism and religious worship have been demonstrated to coexist in peace and respect bringing much needed economic boosts to Seychelles whilst ensuring traditions brought and adopted by the islands during their settlement continue to thrive and grow.

As a larger international audience of travellers are attracted to the unscripted experiences Seychelles has to offer, appreciation for the positive cultural diversity born from the barbaric colonial plantations of the 18th and 19th centuries can continue to grow. The vibrant nation of Seychelles doesn’t focus on the differences religion and cultural backgrounds can bring, rather celebrates what unites them as one.

“I knew nothing about the Hindu culture in Seychelles, however, once I discovered the Arul Mihu Navasakthi Vinayagar Temple I was amazed by the colourful statues and I wanted to know more about the temple’s history and its place within the capital. It was very surprising to learn about the cultural diversity of Seychelles and it has opened my eyes to another perspective of the country.” 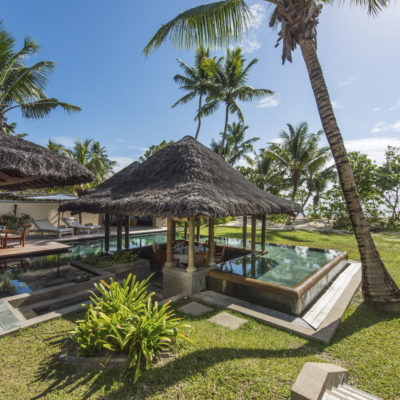 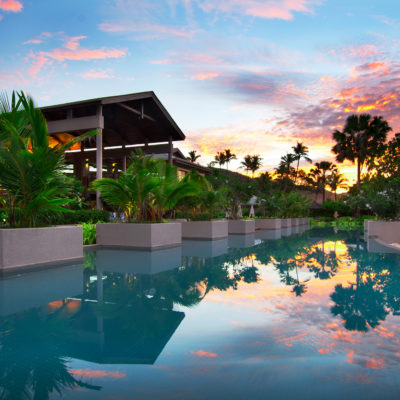 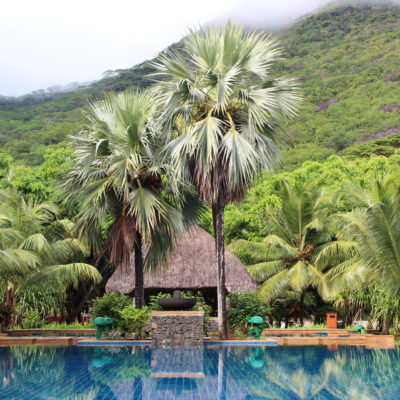