Why We Should Stop Overlooking Ecuador

Ecuador is an astonishing place; a population of 17 million people live in harmony with a mind-blowing amount of biodiversity, with 10% of all the planet’s plant species, 5% of reptile species, 8% of mammal species, and 8% of amphibian species all inhabit this small country, which only comprises 0.2% of the world’s land area. There are 46 separate ecosystems within the four regions of Ecuador; La Costa – the coast, La Sierra – the highlands, La Amazonía – the east, and La Region Insular – where the Galapagos are located. 59% of Ecuador’s territory is covered by native vegetation, and these amazing nature statistics come together to make Ecuador one of the world’s megadiverse countries.

Ecuador is commonly a country which often goes unexplored by travellers, however, being one of the most diverse countries on the planet is a major draw for nature enthusiasts. The country is full of varied and interesting landscapes waiting to be explored, from dense emerald equatorial forests, arid and rugged mountain ranges rising up in the distance – with Chimboarzo being the highest peak – coastal towns, mangrove forests and beaches.

Large azure lakes reflect the surrounding mountains in La Sierra, which are covered in patches of forest and surrounded by rolling grasslands. In the region of La Costa, travellers can find long stretches of sandy beaches, twisting mangrove forests, and quaint coastal villages. The largest region of Ecuador – La Amazonia is filled with thick, mesmerising rainforest, with winding waterways cutting a path through the towering trees. Only around 5% of the population live in this region, as well as the idengenous peoples of the Tagaeri, Taromenane, and Oñamenane.

Many countries have been negatively impacted by climate change and deforestation, and Ecuador has not escaped this. From 2002 to 2021, Ecuador lost 206kha of humid primary forest due to actions such as deforestation, mining, and an increasing amount of forest fires. 4.7% of Ecuador’s tree cover was lost from 2001 to 2021, which is equivalent to 571Mt of CO₂ emissions – which is how much CO₂ Canada emitted in the whole of 2019. The importance of the rainforests cannot be underestimated as they are vital carbon sinks. Ecuador are taking steps to protect and conserve their wildlife by being an active member at COP26.

During the conference they signed the Declaration for the Conservation of the Marine Corridor of the Eastern Tropical Pacific, along with Costa Rica, Colombia, and Panama. They also signed the Declaration on Forests and Land Use, which will reverse forest loss and land degradation by 2030. While these two declarations and additional environmental pacts are a step in the right direction, it is important to note that action after signing these climate agreements is not mandatory, so it is vital to maintain a push on responsible travel to environmentally vulnerable countries such as Ecuador.

With 5 UNESCO World Heritage sites within the country, there is no shortage of exciting and interesting places to explore. One such place is the capital of Quito. A quirky and historical city, Quito is the second highest capital in the world, and is an equatorial city surrounded by magnificent snow capped mountains, including Chimbozaro and the towering Cotopaxi Volcano.

The intriguing historical city centre is one of the main reasons for the UNESCO World Heritage Site status, with spanish colonial architecture lining the streets, and the Neo-Gothic Basilica del Voto Nacional, which took over 30 years to build, starting in 1892. Travellers to Quito can climb inside the church where you will be rewarded at the top with a refreshing beer and breathtaking panoramic views of the city.

Days can be spent exploring the colourful streets and shops, spending time in one of more than 50 museums, seeing the Plaza de la Independencia, day trips to the Andes via an exciting cable car ride, or eating and drinking in local restaurants and bars, which offer traditional and delicious Ecuadorian dishes. With so much to offer, Quito is a city which has something to please everyone.

The Galapagos Islands are perhaps most well-known as the inspiration behind Charles Darwin’s Theory of Evolution. While Darwin visited the islands in 1835, much of the same nature and biodiversity remains – which inspires and mesmerises travellers to this day. Created over thousands of years of volcanic activity, the islands are still one of the most volcanically active areas in the world, due to their location atop a volcanic hotspot in the western Pacific. This unique formation has led to breathtaking landscapes; turquoise waters surround the islands, with rocky outcrops and sandy beaches making up the coastline, small areas of green brush dot the land but the terrain is mostly mountainous and volcanic.

Rust-red stretches of land and beaches are a result of iron-rich volcanic material and soil oxidising. The islands are home to a population of just over 25,000 people and over 9,000 species of animal, including adorable Galapagos penguins, elegant albatrosses, furry sea lions, fiches flitting through the skies, land and marine iguanas, beautiful flamingos, lava gulls, and the famous giant tortoises.

Sangay National Park is a biodiversity haven. Established in 1975 as a National Park, and recognised as a UNESCO World Heritage Site in 1983, the park encompasses a range of diverse ecosystems from deep green tropical rainforests, large lagoons, and rolling grasslands, to snow capped mountains, glaciers, and two active volcanoes; Sangay Volcano and Tungurahua Volcano. There are over 3000 species of vegetation found in the park, and animals such as otters, white-tailed deer, Northern pudus, and cougars. UNESCO noted that the isolation of the park ‘has encouraged the survival of indegenous species such as the mountain tapir and Andean condor.’

This stunning national park showcases the best of Ecuador, and can be explored on guided hikes which will immerse you into the heart of the rainforests, and take you up mountains where you will be rewarded when at the top with once-in-a-lifetime panoramic views across montane rainforests and the endless horizon.

Ecuador has some of the finest and most diverse nature to offer, there is an experience for everyone here; historical cities, arid islands, and thick rainforests. A trip to this stunning country will be a unique experience, giving you lasting memories which you will not find anywhere else.

“I think Ecuador is often an overlooked country, however the intense and beautiful diversity really makes the country stand out. A trip to Ecuador is really going to encourage reconnection to our beautiful planet.” 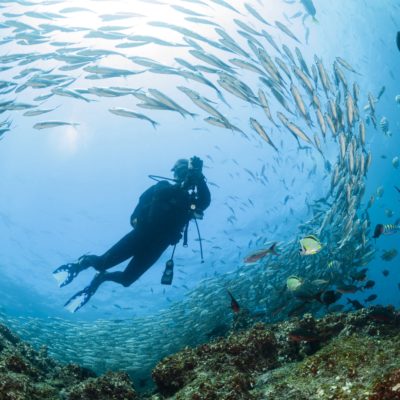 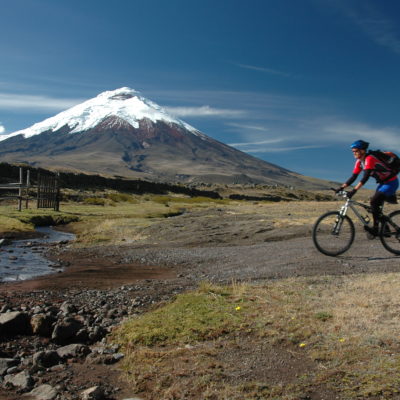