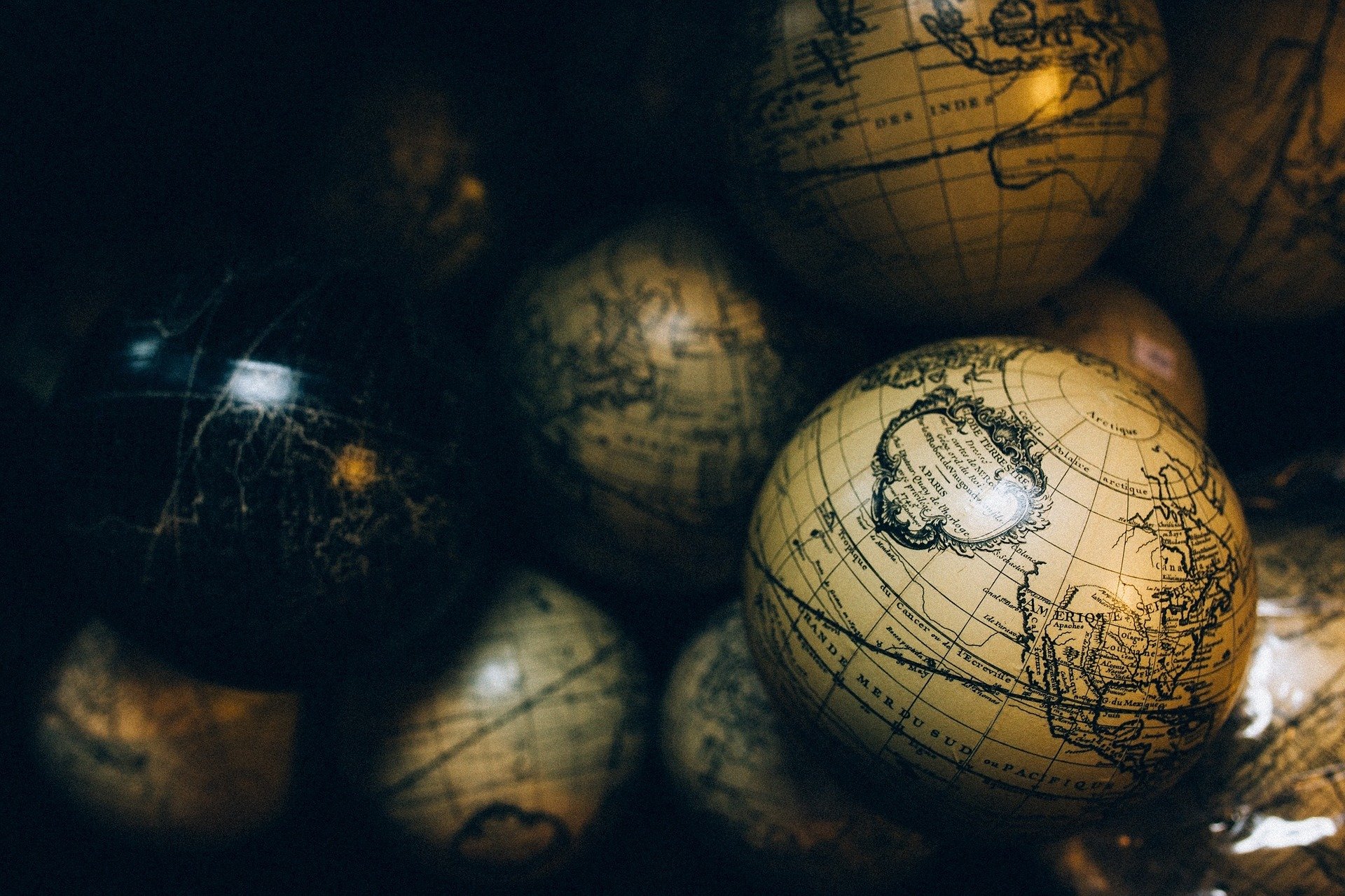 An article I happened upon from 1949 by Pat Munroe detailed how “Humans May Have Created Worldwide Warm Weather,” which in my mind recentred the timeline of climate change, and the public awareness of what is now the greatest issue facing our planet. Aside from dolefully reading how “according to a top British authority” once sufficed as a citation in a newspaper publication, it’s almost funny seeing how early reportage on what is currently referred to as “the climate crisis” used terminology which failed to stick. Many will recall the apparent rise and fall of the term “global warming” which fell out of vogue, having peaked in 2007 and steadily declined since then.

Perhaps it’s the punchy alliteration of “climate crisis” which reinforces the severity of the situation; perhaps the term will wither in a year or two, in favour of “the end of days”, or “Armageddon”. Then again, the British do enjoy a subdued, understated phrase, so there is as much likeliness of us adopting “iffy weather” as the former. In this sense we fall back towards Munroe’s early account of climate change, and how he describes the “peculiar property” of carbon dioxide which traps heat in our atmosphere – a now universal understanding of GHGs which has long since lost its novelty.

I do not even feel the need to clarify what a GHG is; you know, and I know you know. It is part of our shared understanding of the world. Still, this 1949 article is not the beginning of climate science as we know it. Munroe mentions in his article how “a Swedish scientist at the end of the last century” – the 19th century, for us today – “[produced] temperature records for the past 60 years from such scattered sites as London, Norway, Idaho, India and Argentina,” which concluded, “The trend went uniformly upward.”

When did Climate Change Begin?

It would appear that an argument stating we could have prevented climate change before any manuscript of the Iliad had been made would have been made in bad faith. In the same breath, I have scarcely seen a good faith argument which justifies inaction on climate change in the late 20th century. In an effort to be charitable in my argument, I’ll bring the date forward some 2,800 years to 1938 – Anno Domini.

When British engineer Guy Callendar drew from the records of 147 weather stations around the world, he was able to “show that temperatures had risen over the previous century”. Further to this, he found “that CO2 concentrations had increased over the same period, and suggests this caused the warming. The “Callendar effect” [was] widely dismissed by meteorologists.” Callendar’s work was dismissed, but not disproven. This is the precedent that we have observed time after time when it comes to the question of climate change. Once we were able to gauge that we had moved out of step with our planet’s equilibrium, why was there no movement to get back in line?

As it stands, Arrhenius’ conclusions on the effects of climate change with a doubling of CO2 in our atmosphere are in the same ballpark as current models – a few degrees Celsius. It brings me no pleasure to vindicate the predictions of a long-since-dead Swede, I am simply asking why the situation was allowed to get this bad. As the public imagines climate change as an idea born in the late 1980s, that seems to provide an excuse to policymakers that we are dealing with a recent phenomenon.

There is a phenomenon that many people on the internet have picked up on, regarding the use of black and white photographs of civil rights figures, such as MLK, Emmett Till, and others. In education regarding the Civil Rights movement, African American academics have noted that the use of these black and white photographs from the 1950s and 60s – whilst colour photographs of these figures exist – are used to portray racism in the US as an older issue than it really is. Research also unearthed a handful of colour photos actually taken on the march.

To paint the Civil Rights movement with the brush of antiquity is disingenuous. MLK’s daughter is alive today – she has a Twitter account. By creating the impression of the Civil Rights movement being “old-timey”, the education system creates a distance between power structures which upheld racism in the mid-20th century, and those same power structures, which exist, pretty much unchanged today. I believe the inverse of this phenomenon is true with climate change.

Our timeline for climate change typically begins in the late 80s. An article from Scientific American posits the year 1988 as the year when climate change “became a public issue”, but centres its discussion around ExxonMobil, and their knowledge of climate change in the 1970s. There is little I can do but despair at the notion that the truth had been not only withheld, but so callously repressed by corporations in a bid to protect their investments. I’m sure my therapist will get an earful about it next Wednesday. But alas! we must interrogate the beginnings of our timeline of climate change.

By painting the climate crisis as something which has only been recognized as an issue in the last 40 years, there is a far greater excuse for the inaction of world leaders on the issue. If in 2020 we set targets for 2050, how come in 1949, we could not have set targets for 1979? How come the aforementioned Swedish scientist could not have seen a halting of climate change as early as 1950 (allowing for a couple of world wars)?

Of course, it is not charitable of me to posit that we should have halted climate change by 1950. I can already anticipate the derision that even uttering such a suggestion could send my way, complaining that solar and wind technology are such recent developments; however the fact of the matter is that green energy is not some space-age concept of science fiction.

A Severn Estuary Tidal Energy project was canned in the 1980s due to the privatization of the energy sector under Thatcher, as the tidal barrage was projected to have a 35-year payoff – out of the question for any capitalist enterprise – however, the barrage would have provided up to 15% of the nation’s electricity, simply with the power of the tide. Further, hydroelectric and wind power have been technologically feasible for over a century – for context, the first windmills originated in Persia in the 9th century BCE.

The Current Context of Climate Change

I was born in 1999, at the “End of History”, or so some thought. I now sit here, very much not at the end of history, writing about the next existential threat to humanity. I do not see that there was ever an excuse for policy to lag so far behind scientific research. I read the news and I see politicians coddling themselves; now that the IPCC has signed our death warrant, what is there left for these dithering politicians to do?

I ask my mother, a geography teacher, what are her thoughts on climate change. “They’ve been saying the world’s going to end for years,” she says dismissively, almost indignantly. Very interesting, did you stop to consider that they may have been right?

Read other articles from Jonathan Gathercole 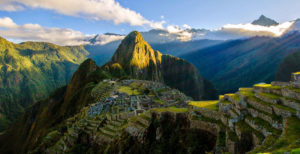 The Beating Heart of the Lares Valley – Peru

Among several major trails that run through the Peruvian Andes, the Lares Trek stands out from the rest as a ... 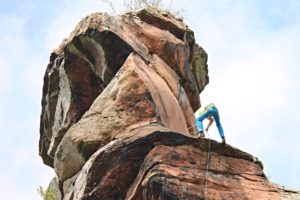 I follow on the tail end of a generation of climbers who entered the world of climbing through their dads. ... 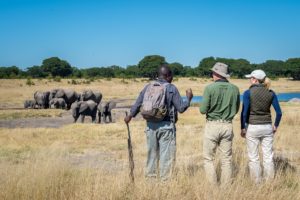 A piece I wrote on the Lares Trek in Peru spurred a thought in my mind and reminded me of ...