To most people in the west, the word ‘Sega’ is simply the name of a video game company. However, to the people of Mauritius, it is something completely different. It is the name of a dance and musical style on the island that has its origins in Mauritius’ dark, colonial days. It is one of the most important elements of Mauritian culture and to this end, we have to go back a few hundred years to truly understand why, for the people of Mauritius, this is far more than just a bit of fun.

The History of Dance in Mauritius

Before the 16th Century, Mauritius was uninhabited by humans. In fact, despite its discovery by Portuguese sailors in 1507, there was no permanent human settlement on the island until the Dutch arrived in 1638. Even then, their attempts to properly establish a colony repeatedly fell through and they abandoned the island completely in 1710. Despite their failures, they still left their mark: the Dutch managed to completely eradicate the Dodo during their stay on the island.

Enter the French. Having already settled on the neighbouring island of Réunion in 1665, in 1715 they took the short trip over to Mauritius, the name given to it by the Dutch settlers, and renamed it Isle de France. For the first time a permanent human colony was created – and this is where the story of Sega really begins.

Rarely in history have colonisers done the hard work themselves, and unfortunately the same story applies to these islands. The French held enslaved Africans on Réunion, then named Île Bourbon, and brought them over to Isle de France. In fact, as the island’s population grew dramatically throughout the 18th century, it is estimated that a staggering 80 per cent of the island’s population were enslaved, with the total number of enslaved Africans on the island reaching a shocking 60,000 by the early 19th century.

These enslaved Africans had few solaces, but on rare occasions, the one thing they could do was come together and dance. Music was provided using hand-made instruments of various forms and the dance was developed as an expression of the pain they had to endure. The music, and the dance which accompanied it, came to be known as Sega.

Sega’s music is played on a variety of instruments. Traditional instruments include the Ravanne, which is made of goat skin and provides the main rhythm of the song; the Moutia, a simple hand drum; and the Maravanne, a type of rattle. Various types of cymbal are also included, and modern Sega will often see the use of a Triangle. Every instrument plays its part in the story of Sega; for example, the rhythm of the Ravanne signifies a heartbeat, and the high-pitched tones of the cymbal or triangle represent the sound of the shackles to which the slaves’ feet were bound.

The dance is very much focused upon the hips, which sway rhythmically to the beat. The tempo of the music is dynamic, allowing the dancer to improvise and call upon their individual creativity. A common form of Sega starts slowly and gradually rises in tempo until the dancer is stretching, swaying, and using very animated movements to keep pace.

One particularly unique element of Sega dancing is that, unlike the vast majority of dance styles, the feet almost never leave the ground. It is often known as a shuffle, as the dancers move around by dragging their feet along the ground – as they would have done regularly during their slave work. This metaphorical element, showcasing the pain and the shackles that continuously plagued their lives, is one of the clearest forms of expression found in the dance.

However, it’s important to note that pain is not the only ingredient of the dance. Indeed, Sega is essentially an attempt to rediscover the joys that life can bring, to find some pleasure and reject dehumanisation by the colonisers. In its original form, Sega was an attempt to liberate the mind and body from the shackles of oppression. It was an act of freedom, formed by nothing more than the heart and soul of its creators. The feelings of pain, pleasure, yearning and oppression all came together and this was the result.

The music behind it is not purely instrumental either. The lyrics are usually a reflection of the participants’ lives and are sung in the local Mauritian Creole language. There have been experimental attempts to use English, but it’s fair to say that it does not capture the purity of the art nearly as well as Creole – particularly when you consider that using the language of the colonisers may take away from the emotional significance of the song.

Sega has not always been popular. As a product of the enslaved Mauritian population, the white man looked down on it as an art form, in much the same way they looked down on their slaves as people. Though unintentional, this does give it another layer of symbolism when viewed as an expression of the slaves’ lives. Moreover, a perceived sexual element of the dance led to criticism by the Catholic Church, who frowned upon it and used their missionaries to speak against it.

But one man helped to turn the tide of Sega’s popularity. Jean Alphonse Ravaton was born on April 22nd, 1900 and would later become known as “Ti Frère”, meaning “little brother” in Mauritian Creole. He developed a talent for Sega and, having sung his first composition in 1925 (‘Tamassa’), he recorded it in 1948 onto 45rpm vinyl, the first recording of its kind in Mauritius. This, along with subsequent recordings, led to Sega’s revival in Mauritius and he would later be dubbed the ‘King of Sega’. Sadly, despite his popularity, he lived nearly his entire life in abject poverty and was a journeyman amongst trades, always trying desperately hard to make ends meet.

Today, Sega is embedded into modern Mauritian culture and is the official National Dance of Mauritius. It has evolved since its early days, with modern Sega often including elements of other genres such as Jazz and Reggae, with the latter combination being known as Seggae. Following its formation, Sega also became popular in Réunion and the Seychelles, each of whom made their own variations, allowing the dance to evolve. The version of Sega in Mauritius is undoubtedly the purest though, a true representation of the island nation’s history.

Tourists have plenty of options if they want to see it. Many hotels and resorts on the island hire local dancers to entertain the guests, whether they be dining in the restaurant or sitting on the beach. Sugar Beach and La Pirogue are two famous hotels which hold Sega dancing events, and what’s more, the tourists will often be encouraged to join in, something which is rather irresistible.

It is an exhilarating thing to witness and partake in. But to the people of Mauritius, Sega is a crucial element of their history and culture, a dance of such emotional significance that it is hard to compare it to almost anything else. Even after hours of thought, it is difficult to think of a single element of British culture to really compare it to, as the oppressors have never had to create a form of painful expression like this. Sega’s beauty to the eyes and ears is matched only by the dark undertones of why it is here in the first place.

Its importance to the country and its inhabitants, the ancestors of whom were placed there against their will, simply cannot be overstated. It is incredible that something of such beauty and joy is a direct result of hurt on a massive scale. Sega is not just a dance; it is a testament to the enduring spirit of the human soul and its ability to create and express joy out of nothing.

“What struck me the most about Sega was the strength of those who created it - not physically, but mentally. To have been put through such cruelty and yet still have enough hope and joy in their hearts to create an entire music genre and dance that not only expresses their pain, but also a love of life, shows a mental fortitude that is truly outstanding. Sega is proof that no matter what you do to someone, you cannot take away their humanity.” 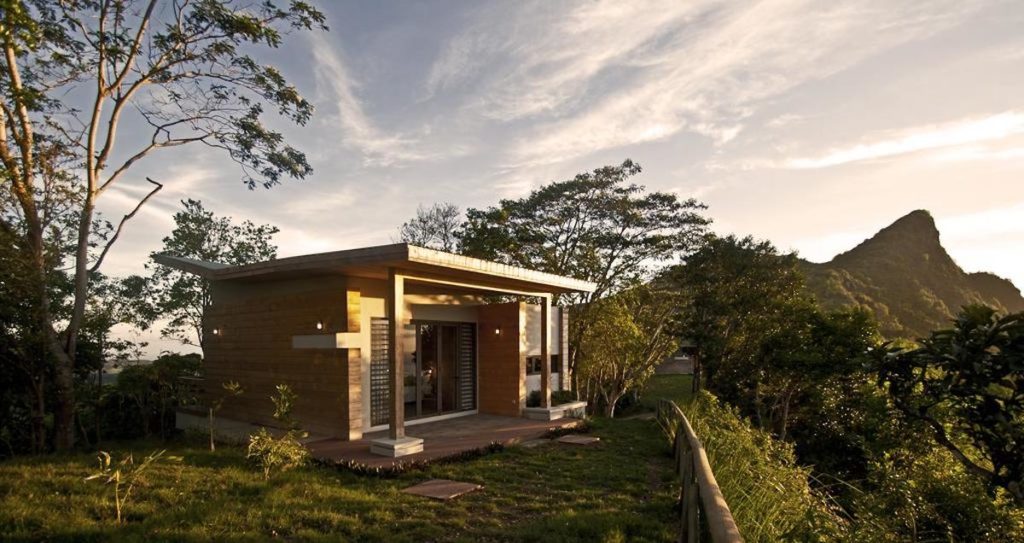 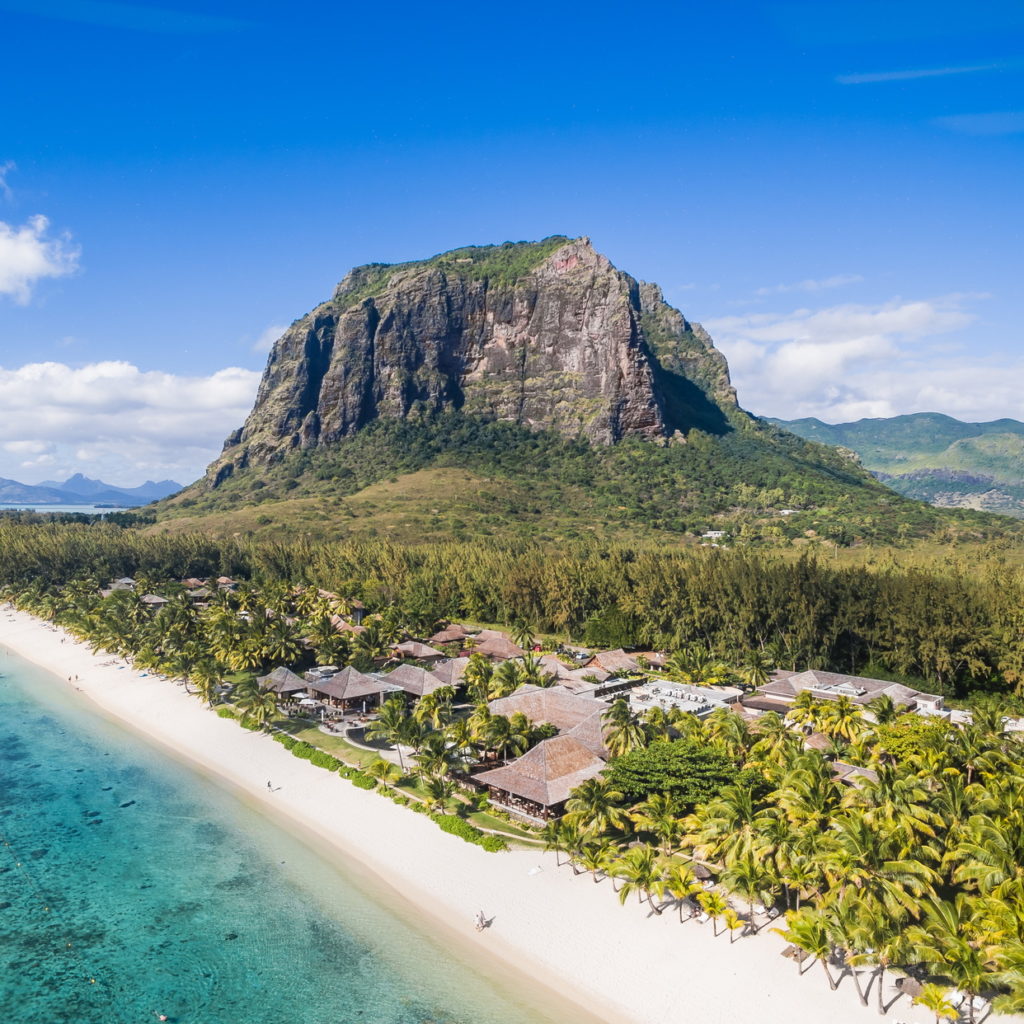