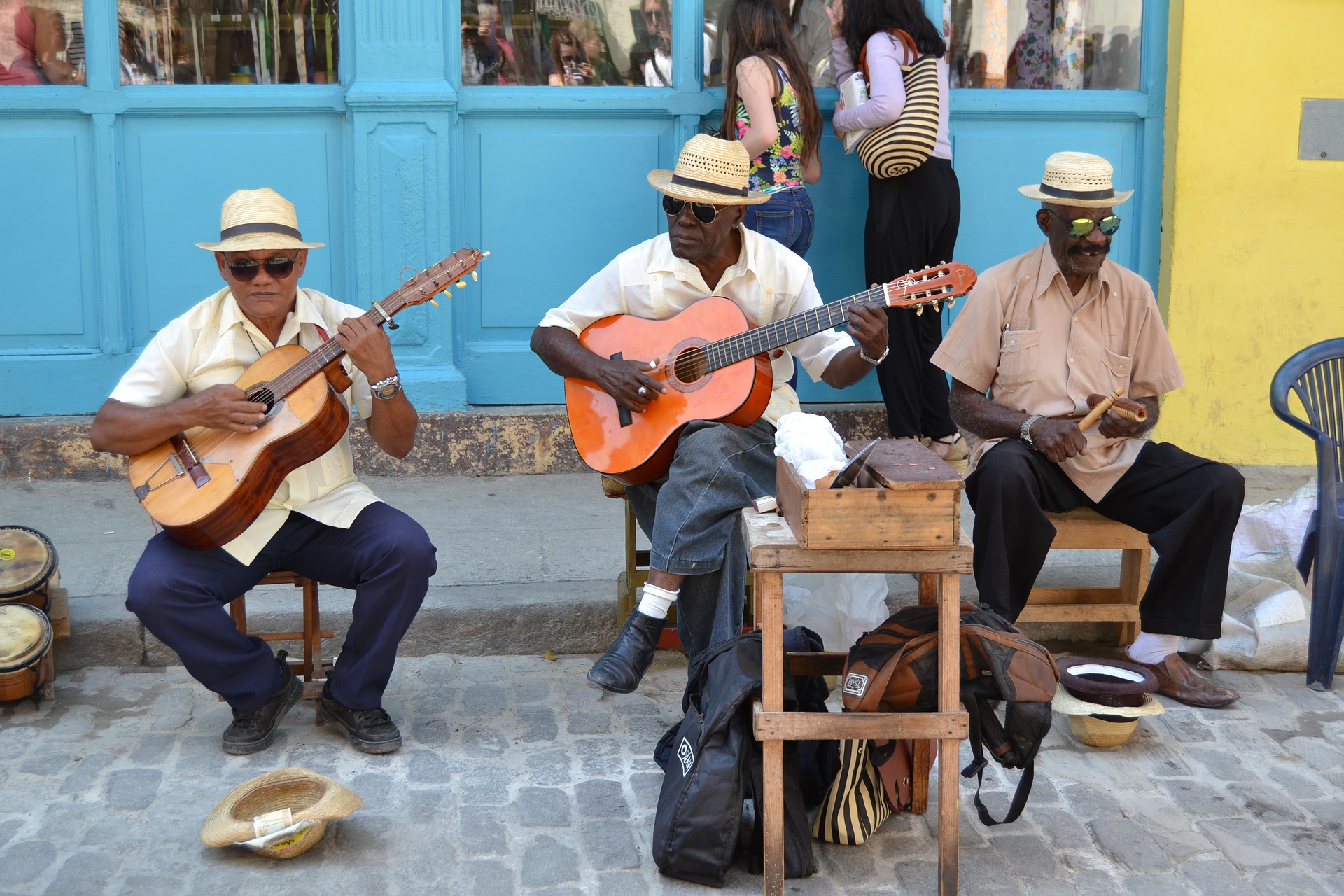 The Spider’s Web of Caribbean Music

Music is one of the Caribbean’s biggest exports. Reggae and ska in particular have both enjoyed great fame, with Jamaican artist Bob Marley bringing these traditional Caribbean genres to international audiences. Many popular artists from the Caribbean have achieved worldwide success, including Rihanna, Billy Ocean, Grandmaster Flash and Nicki Minaj, with some fusing their latin origins with Western styles, such as Gloria Estefan.

Much like the general history of the region, the history of music in the Caribbean isn’t all rosy. Take the steel pan, for instance. Today, it is one of the most instantly recognisable instruments to come from the Caribbean, transporting you to a land linked with happiness, tropical weather and relaxation. However, its origins lie in great prejudice and pain.

The story of the steel pan starts in the 18th Century with the forced migration of enslaved people to Trinidad and Tobago, in the Lesser Antilles and the African percussion instruments they brought with them. In response to the French Carnivale celebrations which they were excluded from, enslaved people created a festival of their own – Canboulay. The music of Canboulay used these traditional African instruments and was the birthplace of calypso, a precursor to the likes of ska and reggae.

The British took control of the islands and abolished slavery in the mid-19th century, but Canboulay continued, much to the chagrin of the white elite. Eventually, tensions spilled over in the early 1880s, when violence broke out between the police and the general population. At least one reveller was killed, leading to riots and bans on percussion instruments and stick fighting by the British. Slavery may have been abolished, but the racism quite clearly remained.

Over the next few decades, the locals introduced various alternatives to try and subvert these bans, eventually leading to the steel pan in the 1930s, arguably now the most famous of all Caribbean instruments.

Many Genres – One Story

Caribbean music isn’t limited to just a few genres; there is calypso, benna, rake-and-scrape, méringue, mento, soca, extempo, chutney…the list is as tall as Peter Crouch. But this isn’t a set of independent, totally unconnected genres that coincidentally share a region of origin. These genres make up a spider’s web, a city of roads that all interconnect. You could start at any one of them and as long as you follow the signs, you could find your way to any others, via all of their shared history. The epicentre of this web, or the headquarters where the city’s mayor resides, is Africa.

For example, let’s trace the roots of the Caribbean’s most popular and famous genre, reggae. Reggae originated in the 1960s, influenced by American genres such as rhythm & blues and jazz, as well as its 1950s Caribbean precursor, ska. Ska, in turn, was greatly influenced by both mento, an early 20th Century Jamaican-folk style that fused African and European elements, and calypso; a genre from Trinidad and Tobago characterised by its rhythmic and harmonic vocal elements. Calypso, which itself influenced mento, evolved during the 19th Century from a West African genre called kaiso, which originated in what is mostly present-day Nigeria.

That is an extremely brief and simplified version of reggae’s origins and how it culminated from centuries of musical evolution, both in and outside of the Caribbean. The African origin is shared by practically every genre in the Caribbean – and also in other places around the world. Sega, the national dance and music genre of Mauritius, also has its roots in the French enslavement of Africans.

Despite the two sets of islands being thousands of miles apart, there is a distinct resemblance between the likes of sega and calypso, including in the lyrics, which are both sung in Creole, albeit different variations. The biggest evidence of the link between Mauritian and Caribbean music is seggae, a fusion genre of sega and reggae.

“The various genres of the Caribbean may have subtle differences but they all make up one big, extended family. ”

Caribbean In the Modern World

While music in the Caribbean today continues to evolve, many of the classic genres are kept alive in local communities. But Western music, particularly R&B and hip-hop, is becoming increasingly popular, supported by the likes of Rihanna and Nicki Minaj. Fusing genres has become a popular way to uphold the traditions of the land while remaining contemporary. Examples of this include latin jazz, latin hip-hop and Haitian rock, each of which combine Caribbean and Western elements.

Meanwhile, artists from around the world can be heard adopting and incorporating Caribbean elements into their music. The 1997 Spice Girls hit ‘Spice Up Your Life’ was based around a salsa beat, and at around the same time, bands such as Goldfinger and Reel Big Fish were combining punk rock with ska elements. While they may have evolved into a more conventional rock band, British group Killing Joke’s earliest music fused together genres such as punk and dub, the latter being a Jamaican style formed out of reggae. The band haven’t forgotten their roots either; in 2014, they released a collection called ‘In Dub’, which remixed a collection of their songs into dub versions.

Over the last few centuries, Caribbean music has continually evolved and become increasingly famous, influencing popular Western music in the process. Of course, most of the Caribbean’s genres remain niche, only practiced by local, dedicated people on the islands. The various genres of the Caribbean may have subtle differences but they all make up one big, extended family. If the goal of your holiday is to experience the Caribbean as authentically as possible, getting involved with the culture and partaking in the local activities of your destination is a must with listening to local music being but the beginning of your journey through the Caribbean’s sights and sounds.

“Learning about the various genres of the Caribbean was fascinating, as there is so much more to it than just Reggae and Ska. Having already done an article about music from Mauritius, learning how these two very different places could have such musical similarities was incredibly interesting. It’s sad that these similarities exist because of the almost identical circumstances regarding the enslavement of Africans, but it’s important to acknowledge this part of history and ensure it isn’t forgotten.” 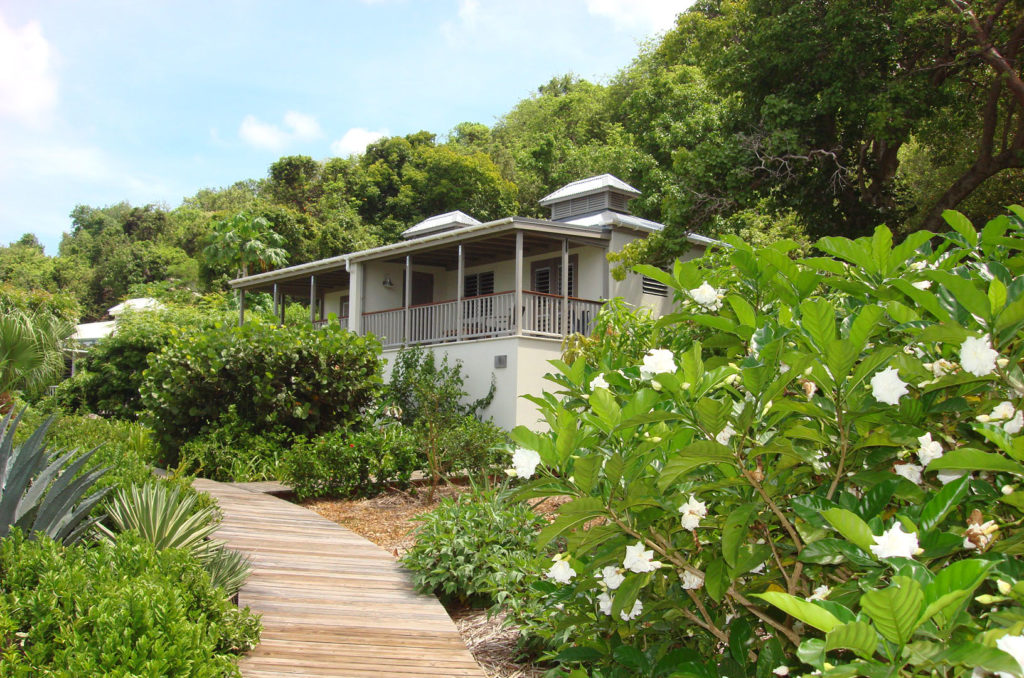