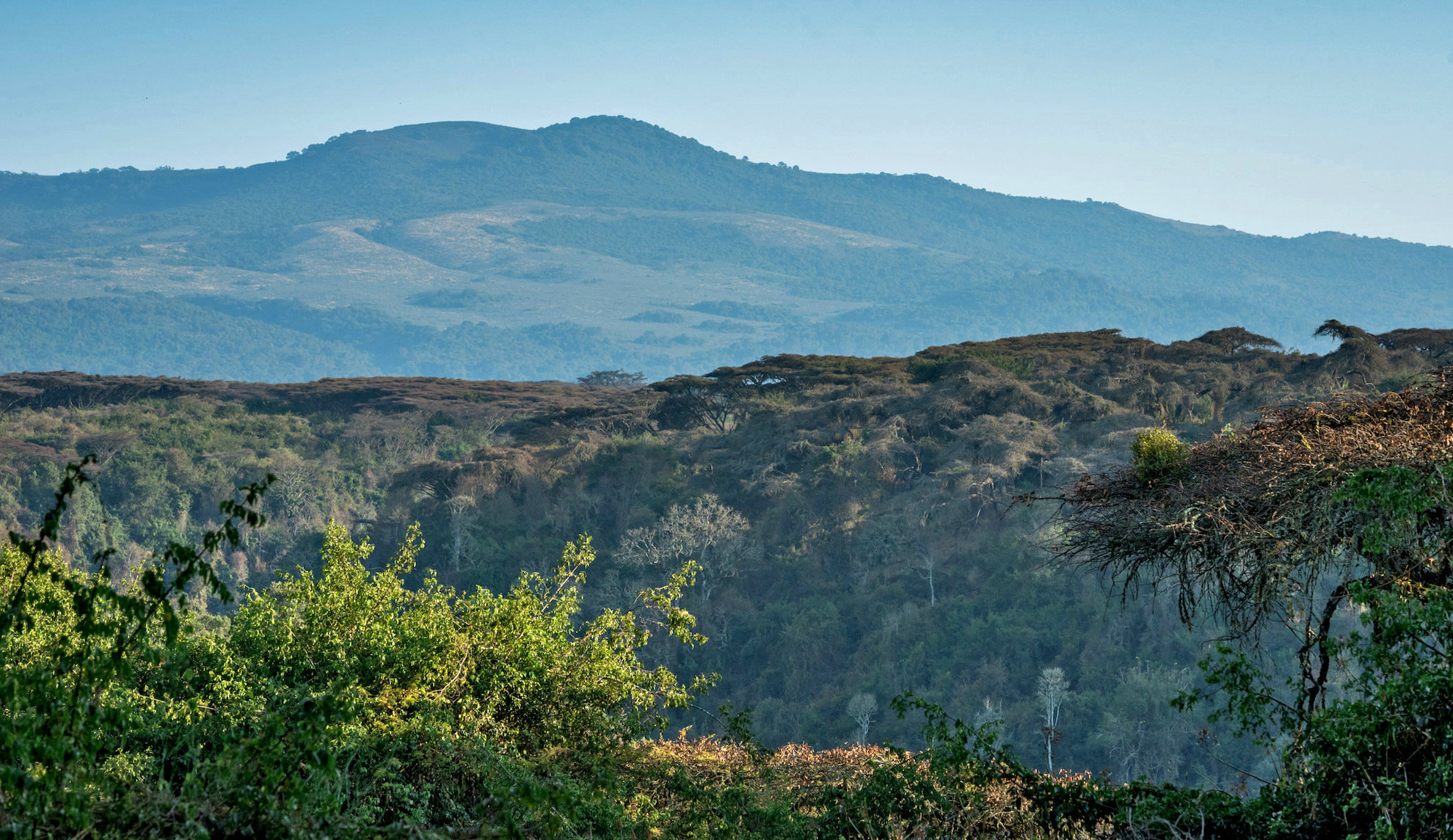 The Ngorongoro Conservation Area, between the Great Rift Valley and Serengeti, is home to a variety of ecosystems including highland plains, savannah, grassland, forests and marshlands. This creates a diverse landscape that offers habitats well-suited to a wide range of wildlife. Travellers visiting the Ngorongoro Conservation Area can enjoy a number of incredible and unique experiences such as: exploring its nine volcanic craters (one of which is the largest unbroken volcanic caldera in the world), viewing the dense wildlife populations – including the Big 5, observing Ngorongoro’s abundant prolific birdlife, and witnessing the evolution of the human race at Olduvai Gorge.

The walls of the Ngorongoro Crater contain a natural Eden where wildlife thrives and remains largely untouched by the threats posed by humanity. While many of the species can choose to leave this area, Ngorongoro remains rich with both incredible flora and fauna year-round. The Ngorongoro region is breathtakingly beautiful, with sloping hills, deep soda lakes and sweeping plains dotted with forests and brimming with lush vegetation.

The Ngorongoro Conservation Area is home to approximately 30,000 animals incorporating the Big Five, warthogs, wildebeest, impala, zebras and the endangered black rhino. During January and February, travellers can witness the wildebeest calving season, as the Great Migration passes through the northwest of the Ngorongoro area and approximately 8,000 calves are born each day. While giraffes can be found in the conservation area, they do not appear in the Ngorongoro Crater, possibly because the crater’s sides are too steep for them to walk down. The large populations of mammals lure in many predators, including hyenas, leopards, and cheetahs.

The Ngorongoro Conservation Area is also home to 8 prides of black-maned lions, with a total of approximately 70 of these big cats who remain within the natural enclosure formed by the Ngorongoro Crater’s walls. Because the lions never leave the crater, they are descended from a long line of incestuous breeding pairs. This has had a huge negative impact on the felines, with genetic weaknesses being passed on to cubs, resulting in the decrease of their population from the 1980s, when there were over 100 lions residing on the crater floor.

In April 2020, less than half of the Ngorongoro Lion population were adults, and a large number of the cubs and juveniles were not predicted to reach adulthood. To combat this issue, Kope Lion has been working to connect the isolated crater lion prides with lions from Serengeti National Park to broaden their gene pool and establish a healthier crater lion population. 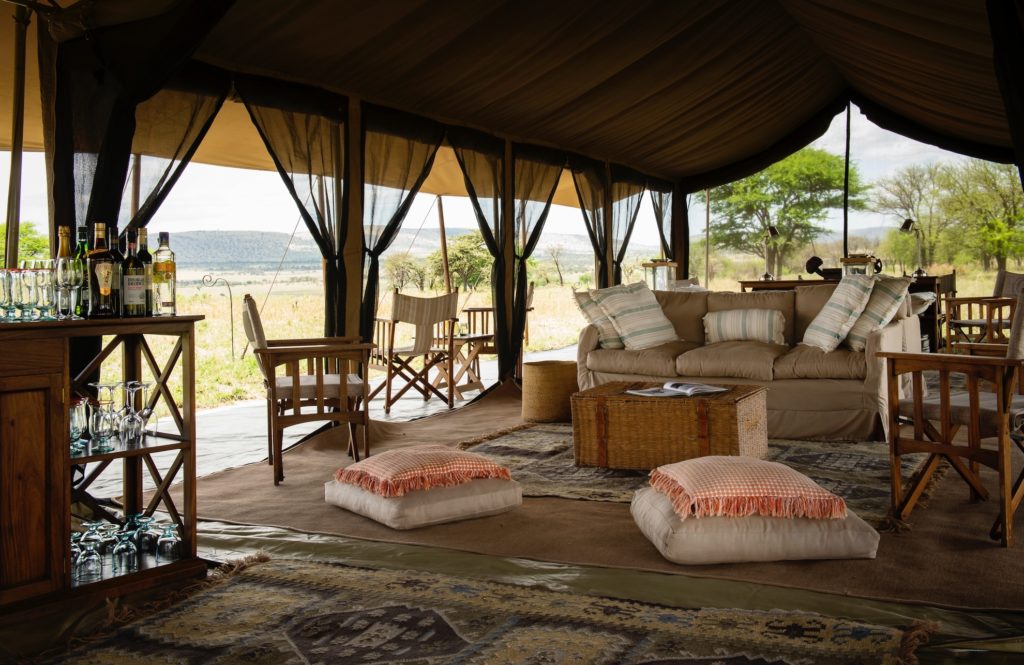 Safari lodges within the Ngorongoro Conservation Area and Serengeti, such as Nomad Tanzania’s Serengeti Safari Camp Central, support the work carried out by Kope Lion, and guests can help these conservation efforts by staying here. Kope Lion, as well as Lionscape Coalition and the Serengeti Lion Project, work with local communities in the Ngorongoro area to prevent conflict between humans and lions.

This stunning section of Tanzania is home to around 40,000 people, living in rural communities. When wildlife and humans are living closely together, predators can attack livestock and prompt retaliation from farmers who are protecting their livelihoods.

In order to mitigate this risk, these projects provide alternative water sources to help keep humans and wildlife separated and encourage the Maasai people to help protect lion populations by teaching the benefits of these beautiful creatures and the tourism that they attract.

This tourism also helps to support Tanzania’s economic growth, but to avoid visitors from damaging the environment and wildlife habitats, the number of tourists to the Ngorongoro is monitored. Approximately 450,000 people travel here each year and all tourists must obtain a permit before entering the Ngorongoro Crater and Olduvai Gorge. This helps to keep tourism sustainable and allow future travellers to continue to enjoy this unspoilt haven.

75 miles outside of Arusha, Northern Tanzania, lies the largest inactive, unbroken and unfilled volcanic caldera in the world and one of the Seven Natural Wonders of Africa. The Ngorongoro Crater was formed approximately 2.5 million years ago when an enormous volcano, believed to be a similar size to Mount Kilimanjaro (between 4,500 to 5,800 metres), erupted and collapsed on itself. Today, the dormant volcanic crater measures 20 kilometres across and 610 metres deep, and is largely filled with sweeping grasslands and lush greenery. 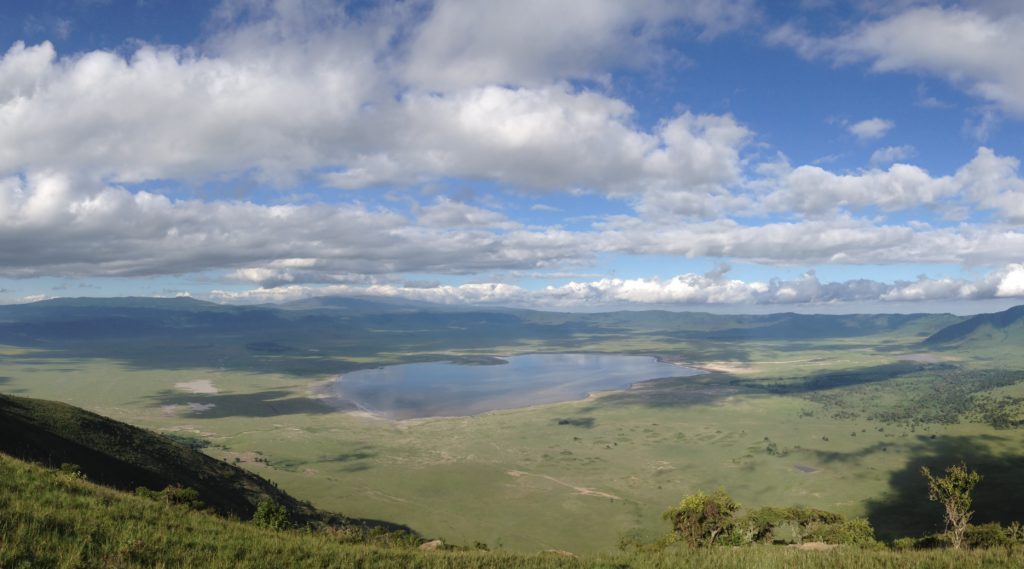 The ancient volcanic ash acts as a natural fertiliser, feeding essential nutrients and minerals into the soil such as phosphates, nitrates, potassium, sodium and calcium which promote plant growth, and the local Maasai people use this area for grazing livestock. Travellers and humble adventurers can enjoy game drives and picnics on the crater floor, whilst admiring the panoramic views of the verdant landscape which supports the rich and diverse wildlife. 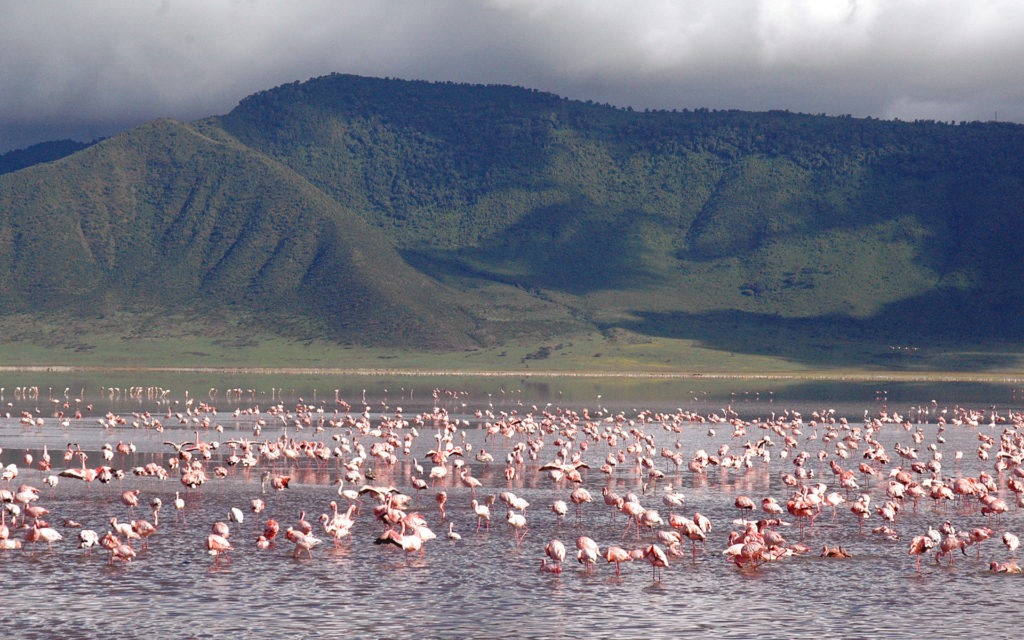 Lake Magadi is a large alkaline crater lake situated within the Ngorongoro Crater. The word Magadi is Swahili for ‘soda’, referring to the lake’s high salt content and dry soda pans. The soda waters are ideal for the flourishing blue and green algae that thrive here, which is eaten by the tens of thousands of pink greater and lesser flamingos that rest upon the crater lake’s shores.

As the days draw to a close and the sun begins to dip behind the crater walls, the flamingos will rise from the water, taking off as one gigantic flock. Travellers can watch in awe as the cloud of pink feathered bodies drift over the lake, pulsing their flapping wings and soaring through the air as the lake’s gentle surface reflects the birds’ bellies.

A misspelling of the word ‘Oldupai’, the Gorge gets its name from the wild sisal plants that grow there. Olduvai Gorge, a steep ravine measuring 30 miles long and 295 feet deep, is a site of extreme historical significance and has been a hub of archaeological research for over 80 years. 30 miles away in Laetoli, fossilised footprints dating back ‘3.76 and 3.46 million years’ document the development of early humans and our transition to bipedalism. The footprints, preserved in volcanic ash, are ’morphologically distinct from those of both chimpanzees and habitually barefoot modern humans’, showing an early bipedal gait that suggests they belong to the first hominids that walked upright.

These, along with a collection of fossils – including the first Proconsul skull – discovered by Louis and Mary Leakey at Olduvai Gorge, support the theory that early humans came into existence around 3.6 million years ago. Today, travellers can visit the Olduvai Gorge Museum and see a replica of the Laetoli footprints, as well as learn about the fossils left by early humans and mammals that once lived in this area. Visitors can also travel to the gorge itself and view the sites where Louis and Mary Leakey first found these incredible remains that reformed our knowledge about human ancestry.

The Ngorongoro Conservation Area is home to a number of unique sites and ecosystems which allow for a varied and rich travelling experience where visitors can learn more about the natural world and the history of both the wildlife and humans who have lived in this area over the course of millions of years. Travelling to Ngorongoro not only supports the local economy, but also helps fund important conservation programmes that protect the local fauna, including the famous Ngorongoro lions.

The stunning landscape offers beautiful views in a tranquil setting, and the monitoring of visitors means that the conservation area can continue to be enjoyed in a responsible manner for future generations, while current guests can have an exclusive and uncrowded experience.

“I have hugely enjoyed learning about Tanzania’s Ngorongoro Conservation Area, and would love to go there one day. While I was originally drawn to write about Ngorongoro because of the beautiful scenery, I have since become fascinated by the archaeological discoveries at Olduvai Gorge, and the conservation work that is going on to protect the Ngorongoro lions; and I hope to go and discover more about these projects in person.” 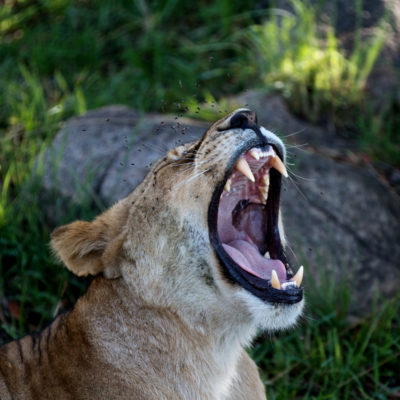 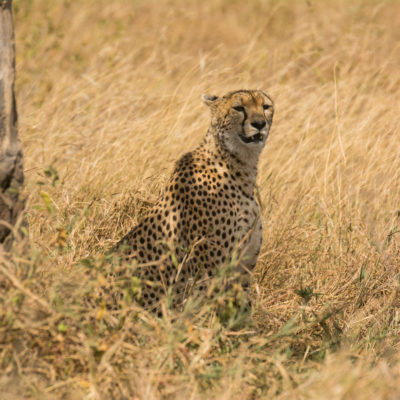 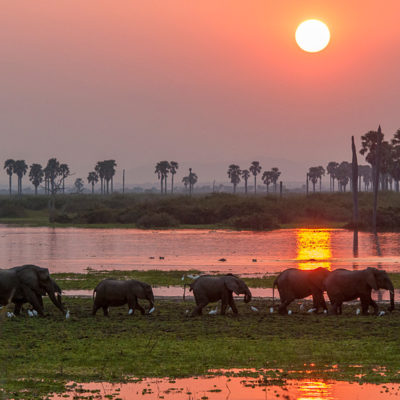