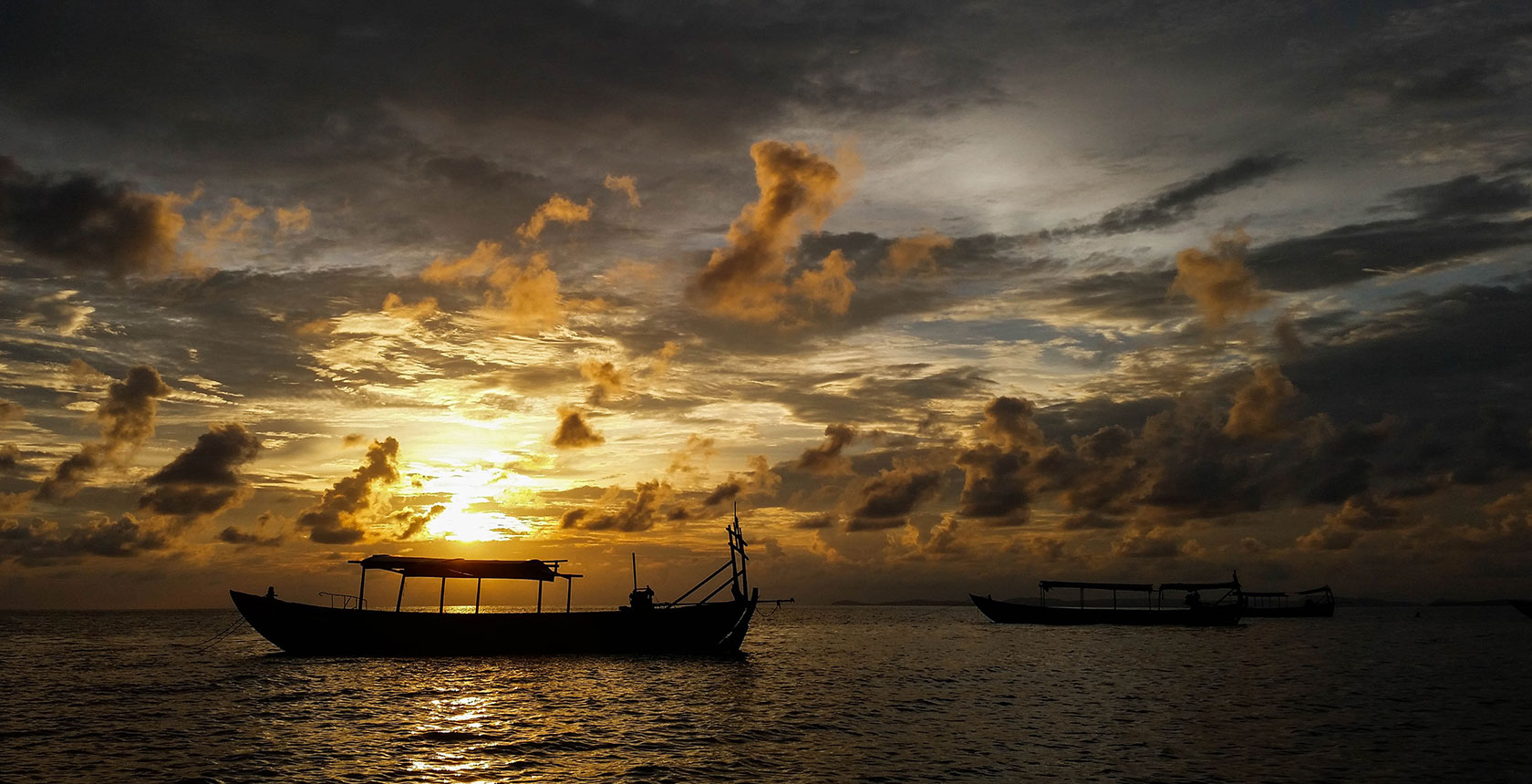 Cambodia, a nation with a rich history formed by multiple cultures: from the early Indianised states of Funan and Chenla, to 13th century Sri Lankan missionaries spreading the teachings of Theravada Buddhism, through to the God-kings of the Khmer Empire, and finally to the French colony of Indochina and the Vietnamese occupation in the final decades of the twentieth century. The prodigious diversity of Cambodia’s history and people, as with all human cultures, is best witnessed when one puts down the history books and joins in with the lived experiences of the native people through participation in and appreciation of their traditional festivals.

Much like their Southeast Asian neighbours Thailand and Vietnam, it is home to a dazzling array of colourful and dynamic celebrations with a distinct cultural identity that are waiting to be unearthed by the uninitiated traveller.

Perhaps the most striking of these annual festivals is the Cambodian Water Festival or Bon Om Touk, which translates literally as ‘Boat Racing Festival’. Taking place over a period of three days usually in November, depending on when the waters of the Mekong River reverse into the Tonlé Sap Lake, this popular festival ushers in the beginning of the fishing season and is a celebrated national holiday throughout Cambodia.

Throngs of Cambodians from across the country flock to the river banks of the capital Phnom Penh as schools are closed and workers down their tools. Excited celebrants hurry to find a spot along the river from where they can eat and drink with friends whilst still witnessing the grand boat races. 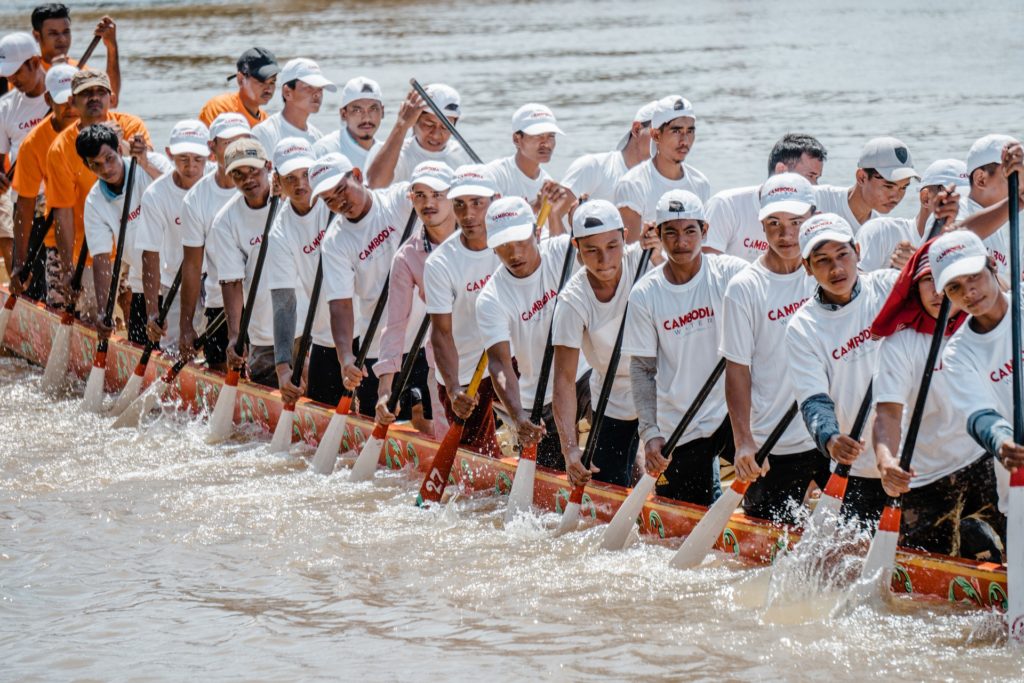 Clad in bright uniforms which run the gamut of the rainbow, the crews operate long and slender dragon boats which can seat up to 80 rowers at a time. The beating of drums echo across the water to mix with the roaring cheers of the crowds, as the oarsmen strive to keep time and win the race, ensuring themselves a moment of local celebrity.

However, the rowers are not the only stars of the race, as seated at the bow of many of these powerful dragon boats are beautiful dancers dressed in traditional garb and versed in the ancient arts of Khmer dance. Snaking through the waters of the Tonlé Sap, these ornate vessels with their piercing painted eyes, massive crews and fervent fanfare are a striking sight, reminiscent of the ancient Khmer war fleets of old.

These thrilling boat races, which take place throughout all three days of the festival, can be traced back to the reign of King Jayavarman VII, under whose command a fleet of Khmer ships ousted the invading navy of the Champa Kingdom in an intense battle on the Tonlé Sap in 1177 AD. Thereafter, using the festival as a chance to train the fearful Khmer navy to prepare for any potential threats, a tradition which has been passed down to the modern day in the form of these electrifying boat races.

Under a Full Moon

As the excitement of the day winds down, the sky darkens and the evening encroaches, events on the river begin to take on another rhythm. Small handcrafted boats sailed by people from across the provinces dot the lake, their quaint hulls illuminated by the lights of hundreds of floating candles. Alongside these simple vessels, float grand boats sponsored by various government institutions bearing the bright colours and neon-lit patterns of their patrons.

Overhead, the night sky comes alive as a flurry of spectacular fireworks signal the end of the first day celebrations, their technicolour sparks reflected in the dim waters of the Tonlé Sap. On land, the people enjoy a medley of tasty food served by local vendors whose stalls line the streets, while music both traditional and new resounds throughout the capital.

On the final night of the festival under the light of a full moon, Sampeas Preah Khe, loosely translated as the Salutation of the Moon, takes place. This Bhuddist ceremony consists of praying and the making of offerings to the Moon, which the Khmer people believe to be responsible for good fortune and a bountiful harvest.

The highlight of the ceremony is perhaps the eating of the traditional dish Ambok. With the paddy fields finally ready to harvest, the locals take some of the rice crop and flatten it into flakes which they then mix with fresh banana and coconut to make this special treat. Ambok is so popular that in the 2019 festival nearly 2 tonnes of the dish were prepared by the local authorities to give out freely to residents and tourists alike.

Ambok is not made just to fill the stomachs of the festival-goers, but is also offered to the moon in a ceremony known as Ork Ambok. This reverence of the moon stems from an old legend which claims that a Bhudda reincarnated as a rabbit became part of the moon following a life of religious devotion. The Khmer still believe the legendary rabbit can be seen etched into the face of the full moon today and will happily point out the contours of its leporine form.

Bon Om Touk is more than just a chance for the people of Cambodia to let their hair down and escape from the doldrums of everyday life; it’s more than just a colourful excursion into native life for the curious tourist; Bon Om Touk is above all, a deeply spiritual and profound celebration of an ancient people whose legacy is what truly makes Cambodia into the stunning holiday destination which it is today.

The Khmer people have weathered some difficult times in the last century and the country has experienced some truly seismic changes, but the merriment and spirit of the Khmer remains unbroken. From the sandstone sailors in the timeworn bas-reliefs of Angkor Wat to the men and women of flesh and blood navigating the waters of the Tonlé Sap today, the Khmer people are a testament to the importance of tradition. A tradition which can only be understood by experiencing it yourself. From the isolated floating villages of Kompong Phluk to the idyllic seaside retreat of Kep, Cambodia is a diverse and thriving country on the rise. So what are you waiting for? Visit Cambodia today.

“One thing I have always thought missing in Western society is a reverence of cultural traditions. In our increasingly atomised and consumerist lifestyles we have begun to lose track of the unique customs and traditions embedded in the rich fabric of our heritage. This is why, when learning of festivals like Bon Om Touk, which have been celebrated for centuries, I feel an almost jealous yearning. These customs are at the heart of the human experience and are the lifeblood which keeps the memory of the past alive. Any chance to engage in these traditions is an opportunity and an honour not to be passed upon lightly.” 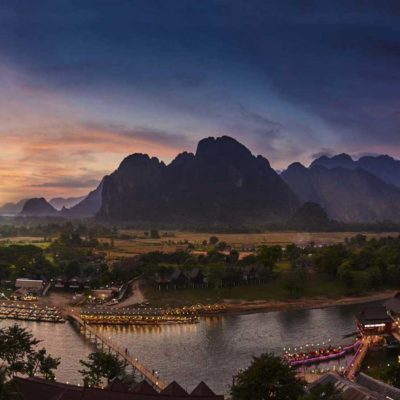 Journey through Cambodia and Laos 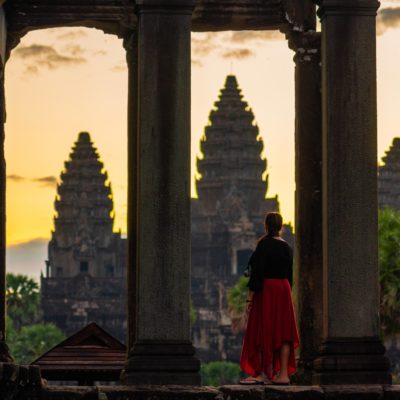